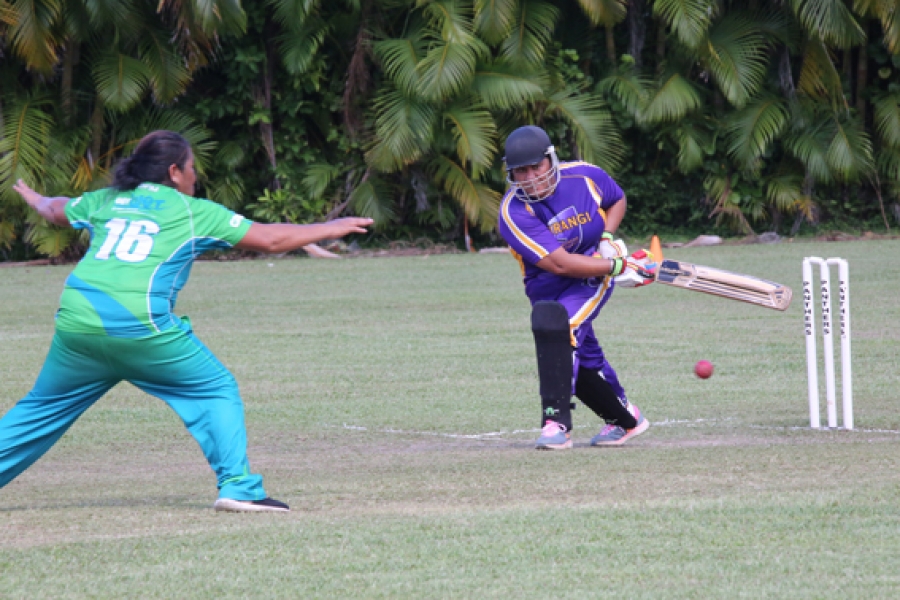 Batswoman Mona More is one of the key players who will feature for the Country women's team in the 2017 Vaka of Origin series. 17010506

COUNTRY has started its preparation in a bid to claim the second Vaka of Origin cricket series that gets underway on January 14.

The revised concept, which will now feature women’s Country and Town teams alongside the two men’s sides, will be played under the Twenty20 format.

Town claimed the inaugural series last year in a whitewash, winning all three matches against the Country.

Country is keen to turn the tables around by claiming both the men’s and women’s series titles at home this year.

The series will kick off in a fortnight and will have its second leg played on January 21 with the final one on January 28 at Turangi Field.

Country women’s team coach Amoa More said they were holding a trials for both the men’s and women’s team tomorrow, starting at 2.30pm, to select their final squads.

More said the players earmarked to play for them in the 2017 series have started training, working on basic batting, bowling and fielding skills.

He said they wanted to put together a formidable side which could give the Town a good run for their money.

“The top players based on the stats we compiled during last year’s cricket season have made the cut,” More said.

“We have some really good players and we are keen to get this side well prepared for this series.

“We have put last year’s loss behind and we are very serious about winning this year’s series.” The trials tomorrow at Turangi Field will see the combined men’s and women’s teams playing against each other. Two teams of 12 players each will then be finalised.

“We want the players selected in the extended squad to attend this trial. We are holding this trial to ensure we select the best team,” More said.

“We have a good number of under-20 players in our extended squad and we are keen to give them a break.”

The Vaka of Origin series which started last year in a bid to rejuvenate cricket in the Cook Islands is sponsored by Grant Walker of 21South Group.

“This year’s series will be an exciting one as matches will be played in the fast T20 format and we will also have the women’s competing for the first time,” More said.

“It is expected to be a grand spectacle for the fans. We can’t wait for the series to start.”