Rev Vakaroto Ngaro: A time for everything under heaven 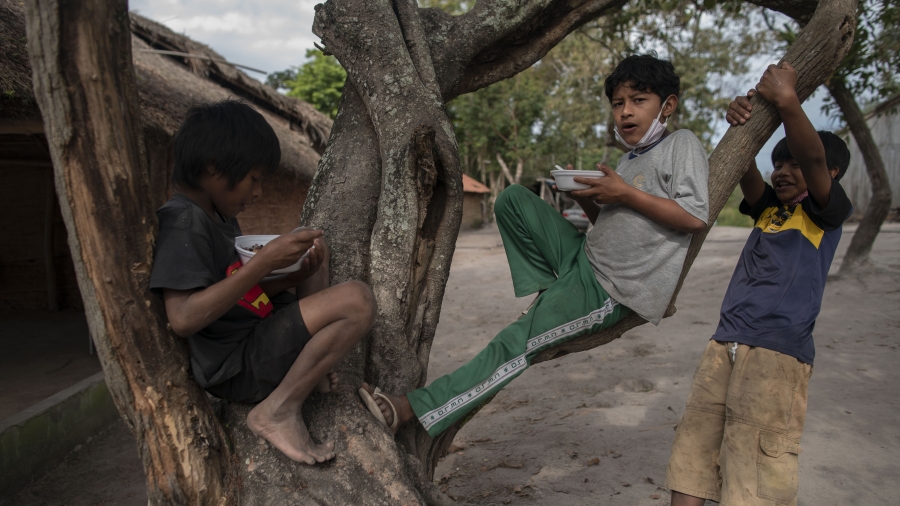 Sitting in a tree, boys lower their Covid face masks to eat their lunch. The Prophet Job contrasts the reviving powers of a tree with the hopelessness of man's decay. AFP 20072301

OPINION: The coronavirus has created a time of uncertainty, so we put ourselves in God’s hands, writes Rev Vakaroto Ngaro, of Cook Islands Christian Church.

“To everything there is a season, and a time to every purpose under the heaven” (Ecclesiastes 3:1)

“Season” and “time” are rendered by a definite portion of time, which signifies rather the beginning of a period, or is used as a general appellation.

Everything refers especially to men’s movements and actions, and to what concerns them. In human affairs Providence arranges the moment when everything shall happen, the duration of its operation, and the time appropriate thereto.

The whole circumstances of men’s life from its commencement to its close is enhanced through life’s experience and the results thereof.

But the thought is not, as some have opined, that there is nothing but uncertainty, fluctuation, and imperfection in human affairs. It is wisdom to do the right thing at the right time, as is the basis of life.

For many of the circumstances mentioned, such as birth and death, are entirely beyond men’s will and control. But they are all in God’s own blueprint and it is irreversible.

Throughout the succeeding catalogue marked contrasts are exhibited in pairs, beginning with the entrance and close of life, the rest of the list being occupied with events and circumstances which intervene between those two extremities.

In the first case the catalogue commences with the beginning of life; in the second, with the season of full maturity. Those who at one time give life to others, at another have themselves to yield to the law of death.

There is no question of untimely birth or suicide; in the common order of events birth and death have each their appointed season, which comes to pass without man’s interference, being directed by a higher law.

It is appointed unto men once to die according to Hebrews 9:27. Speaking about human life, it is natural to turn to vegetable life, which runs in parallel lines with man’s existence.

Thus Job, having intimated the shortness of life and the certainty of death, proceeds to speak of the tree, contrasting its reviving powers with the hopelessness of man’s decay.

As we immerse into this Covid-19 timing, we are faced with many uncertainties of life globally.

So many questions had been raised, with minimal responses. The churches are on their knees questioning the mind of God.

After we have been instructed by faith to recognise that whatever we need and whatever we lack is in God, and in our Lord Jesus Christ, in whom the Father willed all the fullness of his bounty to abide.

Time and everything is in his hands. Otherwise, to know God as the master and bestower of all good things, who invites us to request them of him, and still not go to him and not ask of him, this would be of as little profit as for a man.

A time for everything.