Weightlifters set the bar high in bid for international event 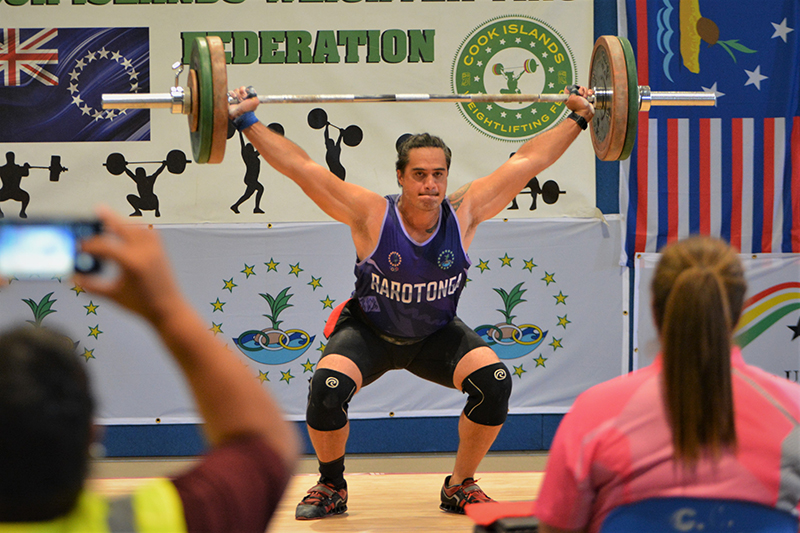 Cook Islands Weightlifting Federation is looking to host a regional event after the success of the 2022 Cook Islands Games.

Competition manager Martin Stetka said his personal goal was to prepare for an event that would comply with international standards of weightlifting competition.

It included preparing the venue similar to those at international competition.

“I believe we were able to accomplish this with comments like that the competition setup was better than last Pacific Mini Games in Northern Mariana Islands,” Stetka said.

“We managed to put together a very strong team of technical officials that was able to run the competition and operate the competition system in very efficient and flawless ways.

“Our referees were refereeing by international standards and I couldn’t be happier with the outcome.

“We also managed to run the competition on schedule and each day we have finished on exactly scheduled time, that is great success considering we had over 70 athletes.”

“True legend of the sport, Paul Coffa, has visited our country just couple of days prior to the competition and he had a chance to see the venue being set up. He had very generous comments and was very impressed with the setup.”

Many of them are the greatest of all time in the sport of weightlifting, he has 104 international medals from Olympic Games, Commonwealth Games, World Championships and others.

A couple of international level results were produced at the competition, many lifters had set  new personal bests and couple of new young talents were selected by the federation during the games, Stetka said.

“I was also able to pick up on couple of things that can be done better next time!

“Overall, the weightlifting competition has been a tremendous success and we are looking forward to host another competition, possibly on international scale!

“This could bring in to our country close to 300 international lifters and their families, supporters from Oceania countries including Australia and New Zealand!

“The future of weightlifting in the Cook Islands is bright!”