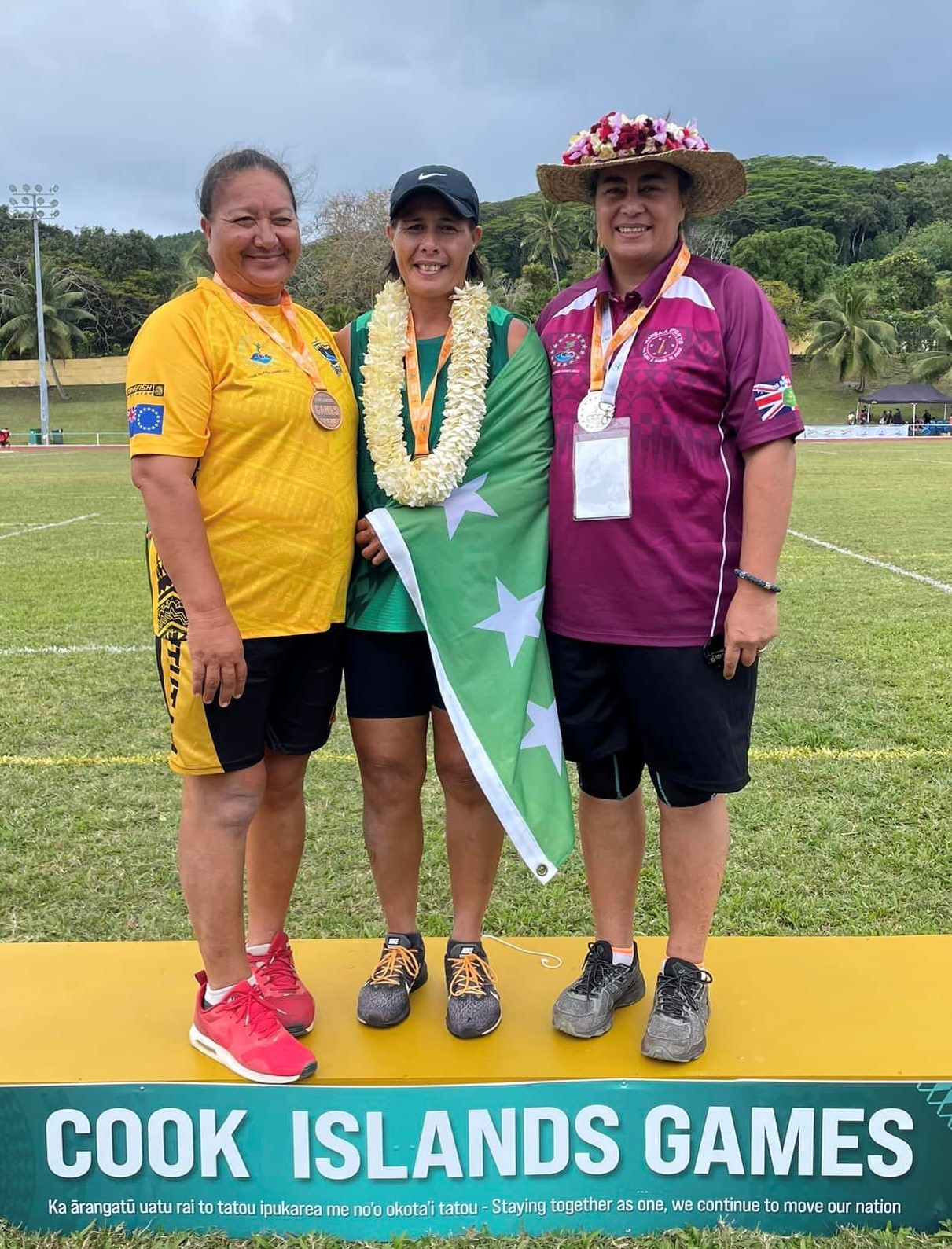 Making her mark for the first time in athletics is Mitiaro’s amazing all-rounder sports woman Julz Westrupp who competed in the Cook Islands Games 100 metres Masters Women’s race on Saturday.

A photo finish determined the neck to neck 100m final with Westrupp claiming gold with Aitutaki’s June George coming in second with silver and Mangaia’s Elizabeth Munro with the bronze.

“I won’t lie, I was lucky, we were neck to neck, I put my body/head over the line first… it was amazing,” said Westrupp.

Westrupp usually competes in team sports and had never competed in an individual event like athletics.

She had felt “a little nervous” and winning the 100m was pretty cool, she said “especially when the national anthem was sung” during the medal ceremony.

Westrupp trained and prepared herself for the event with the young Aurametua Vavia coaching her.

Back on the rock for a break, Roberts has spent two weeks on his home island of Atiu before flying to Rarotonga to participate in the Games.

The 1200m swim was his first race in the ocean held at Muri lagoon. “I’m really happy with the results and it’s always good to win for Atiu,” said Roberts.

On Saturday, Roberts also competed in the athletics races at the National Stadium claiming silver in the 1500 metres run and silver in the 4x400m relay. Last night he was scheduled to compete in the 800m finals.

Aquatics will hold the Boiler Swim competition today at Trader Jacks and Roberts is hoping to break the record of 9:40 minutes.

The results for yesterday’s (Monday) Aquatics 1200m swim held at Muri beach are as follows.

The results for the Women and Mens 50m free and 50m Back finals held on Saturday 1st October at Vaiana’s are as follows.

Today Tuesday, the Aquatics Boiler Swim starts at 1pm at Trader Jacks and followed by the medal presentation. The Spear fishing competition is on again today as an exhibition sport starting at 6am to 12pm for weigh ins at Trader Jacks.