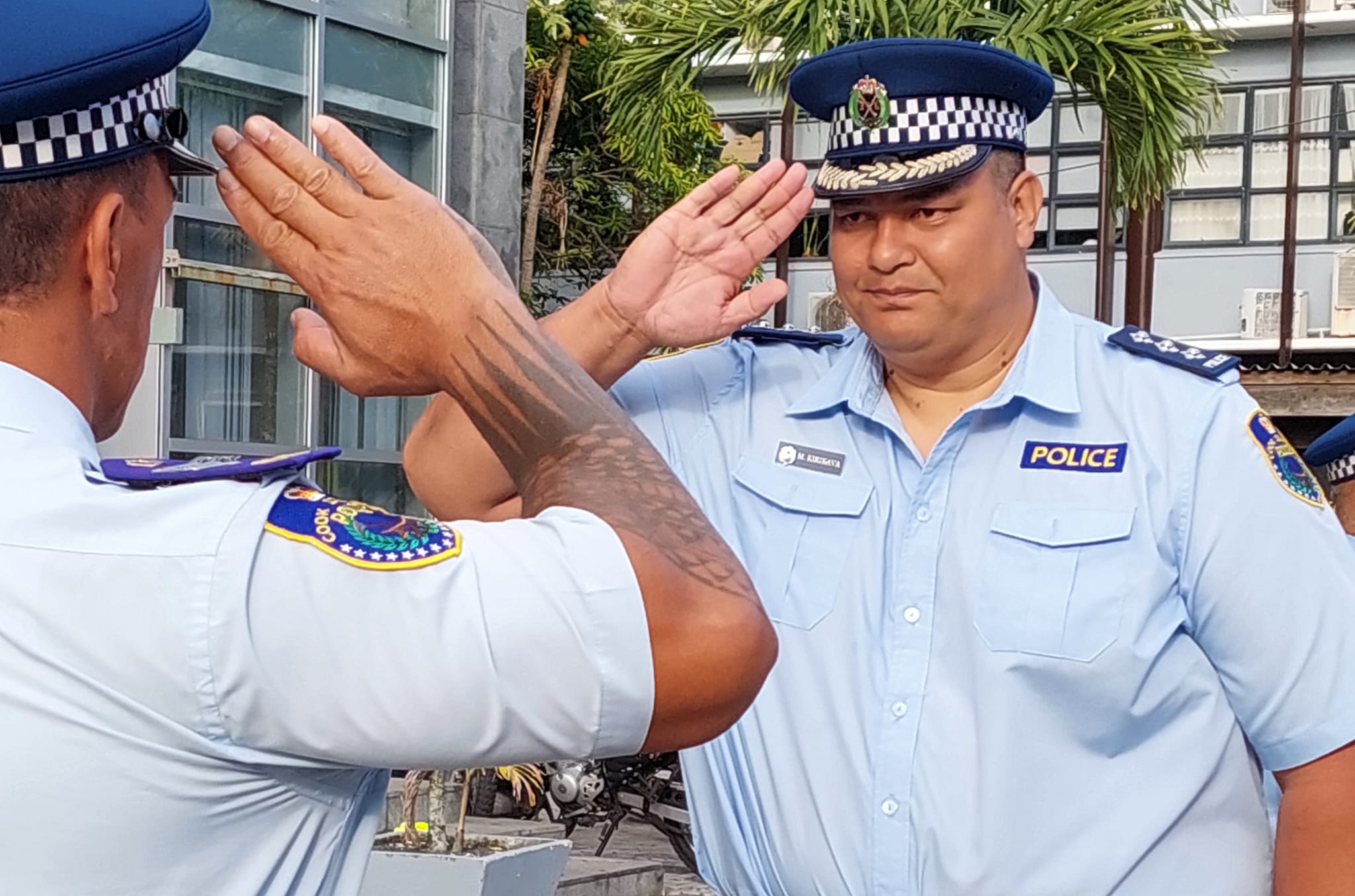 A long-standing Cook Islands police officer has been promoted.

Cook Islands Police extended congratulations to Maevarangi Kirikava on his appointment to the rank of Inspector at a ceremony in Avarua on Tuesday morning.

As Commander of the Prevention Division, Kirikava now takes full responsibility for the areas of police training, domestic violence, vaka policing, and professional standards, police said in a statement.

He had been Acting Commander following the departure of John Strickland, who transitioned from 41 years of serving the community with the Cook Islands Police and onto a new path as the incoming director of Emergency Management Cook Islands in 2021.