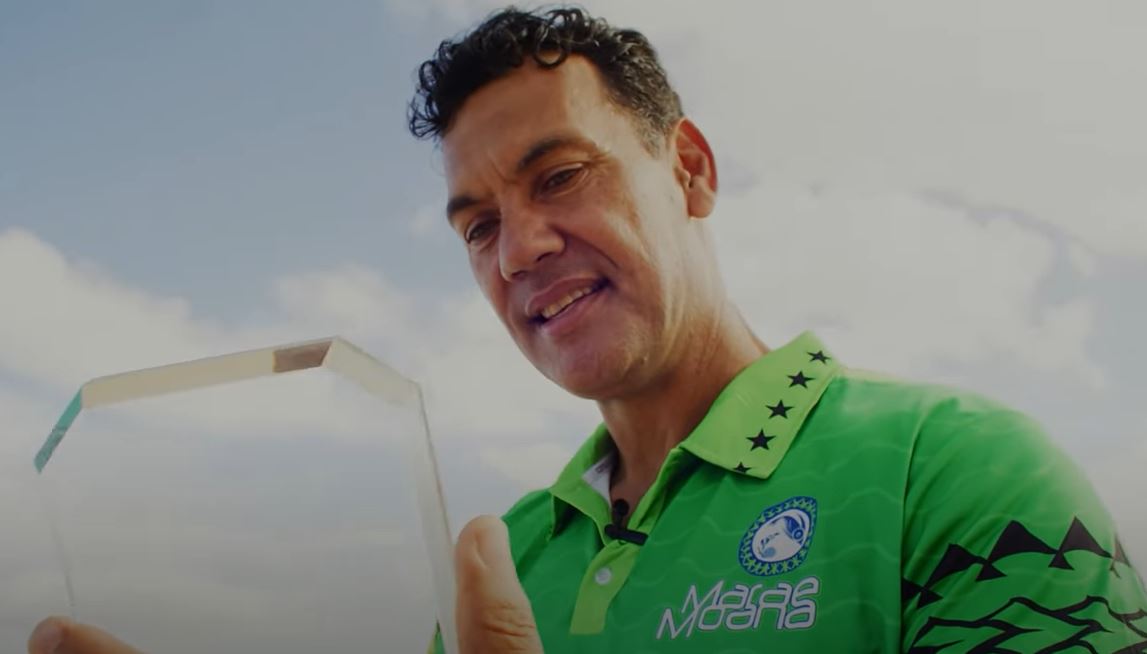 Iro was named the recipient of the 2022 Seacology Prize for his commitment towards the world’s largest multi-use marine park, Marae Moana.

The prize is awarded annually to an islander for exceptional achievement in preserving island environments and culture.

Seacology is an environment focused NGO based in California with its mission to protect threatened island ecosystems all over the world.

Iro said he wanted to accept the award not just on behalf of himself but the individuals and organisations that helped put together Marae Moana.

“I would also like to thank my family for their support and I would like to acknowledge our ancestors who sailed this great ocean and settled our islands and brought us so much.”

As part of the award ceremony, a short documentary was made about him detailing his history as “the beast” playing rugby league and his involvement in the marine park.

In the video, speaking with his son Kaleb, Iro described how many fish there used to be in Cook Islands water and how alive the coral was.

Marae Moana is the largest multi-use marine park in the world – spanning about the size of Mexico. It became a reality in July 2017 after a unanimous vote in the Cook Islands Parliament. The marine park bans commercial fishing and seabed mining within a 15-mile radius of each of the country’s islands.

Iro was heavily involved in its formation.

The award comes with a US$10,000 cash prize. Iro previously told Cook Islands News the money would go back into Marae Moana to continue the organisation’s outreach.

Seacology is proud to have honored Kevin Iro with our annual prize for outstanding environmental achievement by an islander. To watch the Seacology Prize ceremony visit YouTube and look up 2022 Seacology Prize Ceremony Kevin Iro. Duane Silverstein, Executive Director, Seacology