‘Communities will decide how tourism is run’ 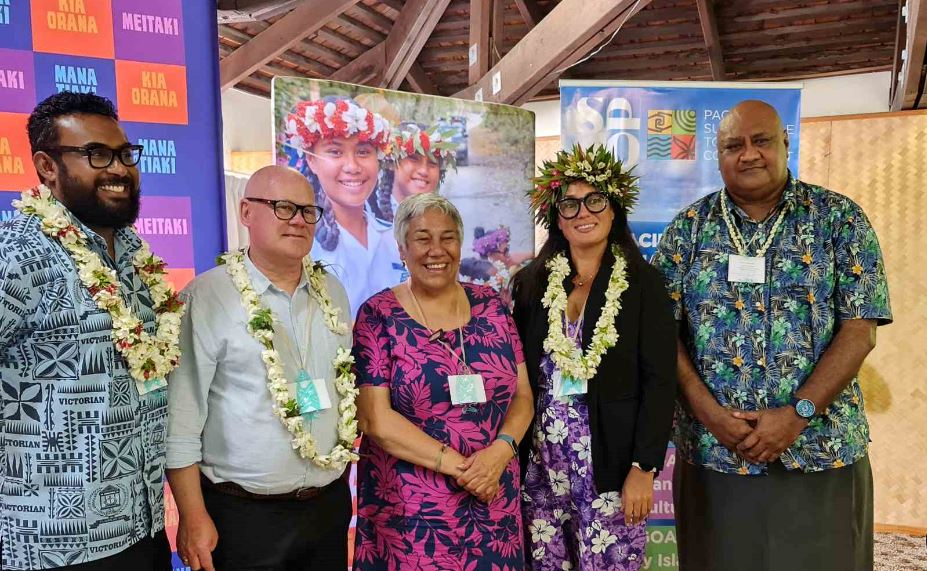 Some native Hawaiians have protested the country’s tourism industry, saying they’ve been priced out of homes, their environment is being damaged, and their culture is being exploited.

“This is not just a Pacific, or a Māori, or New Zealand thing, this happens globally,” Tyson-Nathan said.

Tyson-Nathan lives in Maihi, a small coastal community on the North Island’s East Coast with a resident population of 800.

Tourist numbers got up to 17,000 in summer and caused strain on the settlement’s sewerage system that needed repairing, she said.

“The expectation was the resident population, home owners at home, had to pay $15,000 per household.

“How is that community meant to feel great about tourism?

“How are they meant to say, ‘yeah keep coming’.”

She said many of the tourists spent money at supermarkets on their way through and did not contribute to the local economy.

“This is exactly the same as what’s happening in Hawaii, it’s starting to happen at home, you know what everyone said during Covid-19, ‘it’s so good to have our country back to ourselves’.”

NZ Māori Tourism is an incorporated society, the full members are either Māori regional tourism organisations or Māori tourism businesses. Its purpose is to position Māori as leaders of the Aotearoa New Zealand tourism experience.

Tyson-Nathan said tourist operators had to find a balance between business and the community’s needs.

“If we don’t do it to ourselves, it’s going to get done to us,” she said. “It will be community activism, it will be consumer activism.”

Tyson-Nathan was one of the panel moderators at the Pacific Sustainable Tourism Leadership Summit held at the Edgewater Resort last week.

Tyson-Nathan told Cook Islands News there could not be a conversation about tourism without sustainability.

She said if the environment was not looked after a tourism experience could not be offered.

Tyson-Nathan said in New Zealand the conversation had to change to put Te Whenua (the land) first rather than people.

“If an island sinks, if communities become uninhabitable there are no people and there is nowhere to live.”