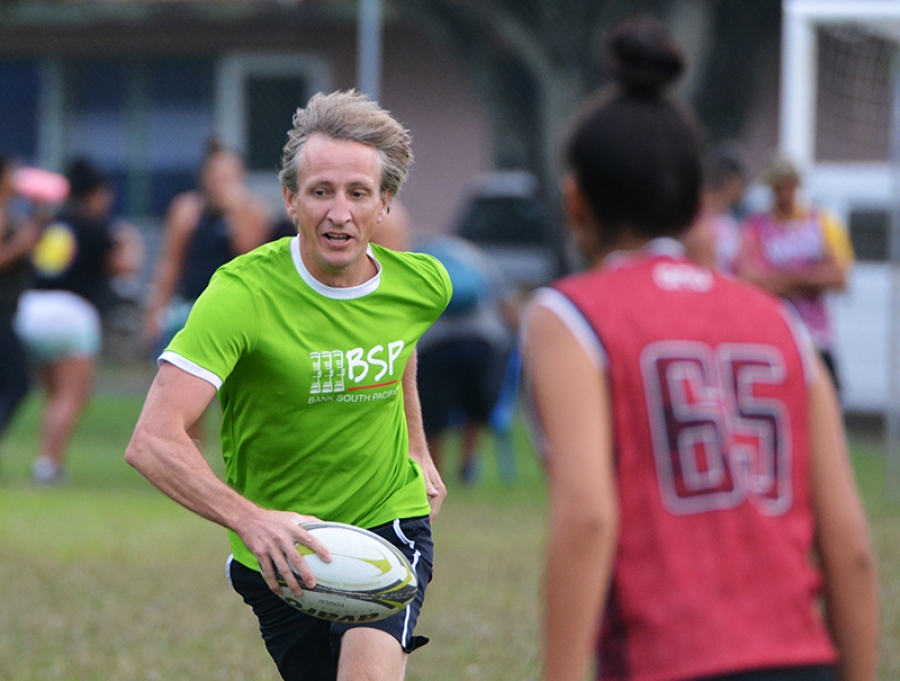 David Street leads his BSP side in the mixed Touch competition. 20060707

Touch competition heads into showdown with top teams in the run for the main prize.

The side finished the preliminary round of the weekly competition on top and headed into the knockouts with all guns blazing.

In the semi-final played on Wednesday at Nikao field, the side thumped Mangaia 7-2.

The young Mangaian outfit who finished on fourth place were unable to match the superior skill and experience of the 007 side.

In the other semis – the game of the night – saw the battle between the second and third placed ICI Transformers and KAPS.

When these two teams met in the round games, the match ended in a draw. Both teams pulled out everything to win the match for a place in the final.

Again, plenty of speed from both teams but it was KAPS that played a much calmer game and with very good defence, they managed to beat ICI Transformers 7-5.

Vodafone had too much speed and skills and ran in some long range tries. Team Taporoporo never gave up and managed to score a consolation touch down but lost the match 1-4.

The bankers BSP brought out their big guns to take on the nippy Team ATT youngsters.

Team ATT struggled to settle into the game and were unable to finish off their team plays. BSP ran out winners 4-1.

The finals will be played this Wednesday.