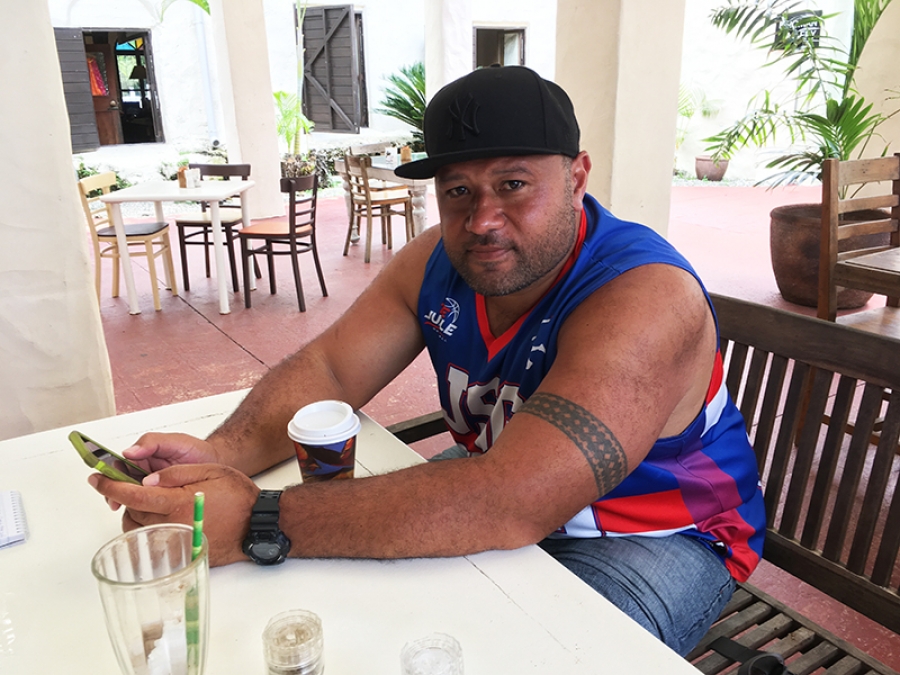 Former New Zealand police sergeant and MYRIVR designer Akerei Maresala-Thomson was in the Cook Islands earlier this year to talk about his app. 18081402

The MYRIVR app then tracks the status of this referral and keeps the user informed of their case file so they gain control over what is often a daunting experience.

More than 150 MYRIVR users are from the Cook Islands, and the most commonly requested information is for gaining a driver’s license, budgeting and relationship problems.

“If we fix these things and help them get the help early, we won’t see them in the New Zealand statistics for suicide and domestic violence I believe,” says Maresala-Thomson, a New Zealander born of Samoan immigrant parents. “We want to create as much awareness as possible,” he adds.

Maresala-Thomson names a young New Zealand man, who had tried to commit suicide before attending a MYRIVR talk given by Kiwi comedian Mike King. “He has since used MYRIVR to find help and get help for his friends and family.”

Maresala-Thomson will be travelling to the US and Australia next month for some speaking engagements, and his MYRIVR app has also just partnered with Samoan Airways.

“Our goal is that every airline that comes into New Zealand is promoting MYRIVR as a health, safety and wellbeing pre-migration resource,” he says.

“Our long-term goal is to become the largest Airbnb of health and social services in the world, so wherever you go to, you can find help when you need it.”