Surge in poverty as jobs disappear across Samoa 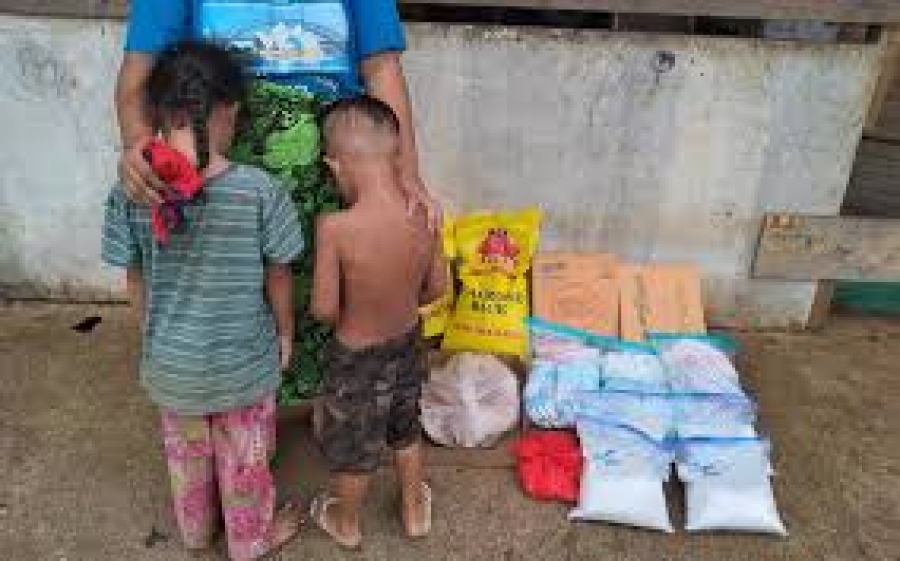 A crisis is escalating in Samoa as the tourism industry, the mainstay of the nation’s economy, disintegrates under the weight of the coronavirus pandemic.

SAMOA – The Samoa Victim Support group is on the front line of a crisis that has unfolded as the tourism industry in Samoan economy crumples under the damage caused by the global coronavirus pandemic.

In just a few weeks, more than 70 hotels and resorts have closed, leaving more than 1000 people jobless, Radio New Zealand Pacific has reported.

In Samoa, like all Pacific countries, most of tourism industry workers are part of the informal sector, with little job security.

From dawn to well beyond dusk, seven days a week, Lina Chang and her Samoa Victim Support team are plying the streets of Apia and beyond in a van laden with food parcels.

Chang has been handing out packages and offering support to families who told her they never thought they would need it.

“We wanted to go out there and make sure that the families are okay,” Chang said. “It’s not easy, because I can say now that they’re not okay. But we have to do it.”

The International Labour Organisation says the impact of the pandemic could see tens of thousands of people across the Pacific plunged into poverty.

“For the Pacific this is much worse than the 2008 financial crisis,” said Martin Karimli, the Pacific regional director for the ILO. “The pandemic, the crisis is wiping out half to three quarters of the countries’ total exports.”

In Samoa, more than 12 per cent of the country’s workforce is employed in either hotels or resorts.

“Tourism is the mainstay of the country,” Fa‘amatuainu Lenata‘i Suifua, the chief executive of the Samoa Tourism Authority, told RNZP.

“Until recently, Samoa tourism had been going gangbusters. It had seen growth year on year, the number of people visiting from Australia and the United States had reached record levels, development plans were being developed across the country, and marketing campaigns were about to be rolled out for the first time in Asia,” Fa‘amatuainu said.

The pain for Samoa’s tourism industry started in November, when a measles outbreak spread across the country, forcing a weeks-long shutdown and state of emergency.

The measles outbreak had already caused a contraction in the industry, said Fa‘amatuainu, with the first quarter of this year down 32 percent on the year before.

But then Covid-19 cut a path across Asia, Europe and America. Samoa, where the pain of the measles is still fresh, and where the lingering trauma of the 1918 influenza pandemic, which wiped out a fifth of the population in weeks, acted quickly to close the border and impose stringent lockdown measures.

For nearly two months, schools were closed, church services cancelled, gatherings of more than a few people were banned, stores were shut, and a new airport terminal sat empty and unused.

It is a scene playing out across the Pacific, and the ILO’s Karimli said thousands of families are being acutely affected in Samoa. While accurate data and assessments were still being done, he said forecasts were grim.

“I think we can see and expect there would be millions of people falling back into poverty,” he said.

One forecast released by the ILO this week suggested that relative poverty in Asia and the Pacific had increased from 22 to 36 per cent in the first month of the crisis.

It has been a tough seven months for Chang. Her support group charity, which depends almost entirely on donations, was on the frontlines of the measles epidemic, visiting traumatised families who had lost their children, offering food and counselling services.

Weeks later, she finds herself back on the road from morning until well into the night.

Families have lost entire incomes, she said. Some villages had put their entire lot in with tourism, and now they are struggling.

Other villages have had their populations surge, as laid off family members and their children return.

Chang said there had been a noticeable increase in domestic violence since the measles epidemic, and that spiked again when the lockdown started.

“Everybody’s quite scared,” she said. “Our people are not doing well. Losing jobs and they’re scared as well. What will tomorrow bring? It’s so hard.”