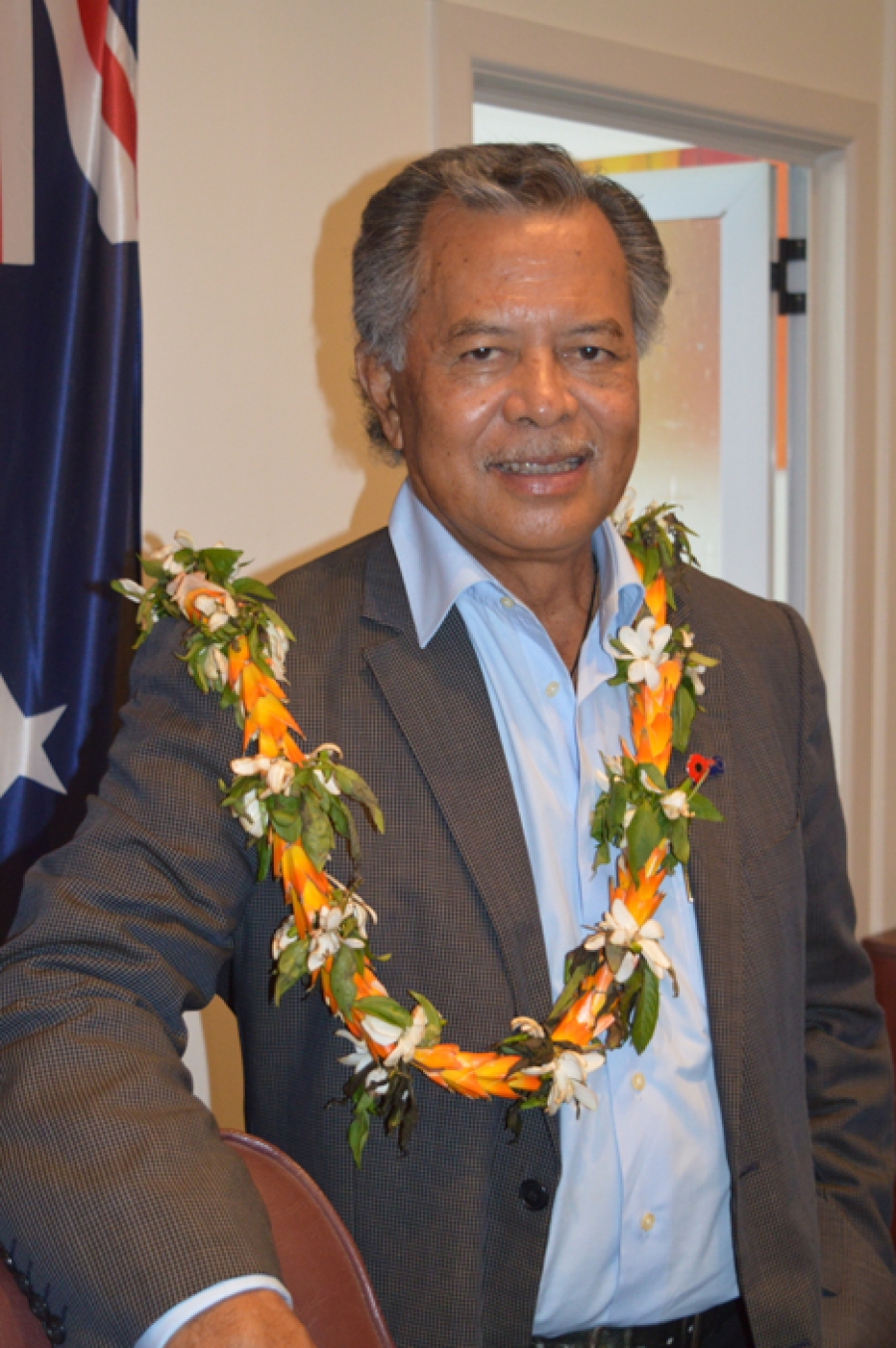 Prime Minister Henry Puna has warned protestors that they should listen to both sides of the story on the growth of the Cook Islands’ controversial purse seine fishing industry before making their minds up on the issue.

But Te Ipukarea Society technical director Kelvin Passfield is hitting back, again asking for more science to back up the government’s claim that allocating 1,250 purse seine fishing days in the Cook Islands exclusive economic zone (EEZ) this year will not have a detrimental impact on tuna stocks.

When CINews asked Puna on Tuesday about Friday’s purse seine fishing protest, organised by a wide range of people in the community, he acknowledged their right to protest.

“We have freedom of assembly, freedom of speech, and all sorts of freedoms in our country and I respect that. It’s our people’s right to do whatever they please, provided they do so within the limits of the law.”

“However if I can say this: I am a bit concerned with the one-sided promotion. For example, people are not aware that a large percentage of total fisheries in the Pacific take place in the Western Pacific. Truth is, only recently have the Cook Islands entered the picture.”

Puna said the other fact was that skipjack tuna only had a short lifespan of three or four years.

“After that they’re gone, they die. They also multiply like rabbits.”

Scientific information from the Pacific Islands Forum Fisheries Agency suggested that the Cook Islands could actually licence vessels to fish up to a certain limit in its waters without necessarily impacting on total stock in the region, said Puna.

“The question I ask is, given this scientific information, is what do we do? Do we ban fishing all together and deprive our country of much-needed revenue from these resources that are not exclusive for us?”

“My job as Prime Minister of this government is to ensure (that) wherever we can within sustainable limits, that we do have access to these resources. Because the truth is, if we don’t, other Pacific countries are taking them.”

The establishment of the Marae Moana project, with its 50-mile no fishing zones, would help to curb the impacts of international fishing vessels on the Cook Islands EEZ, he said.

“It seems like a very convenient excuse for people to say that because of purse seine fishing there’s less fish available for the local fishermen. I don’t really agree with that.”

“We haven’t even researched or examined the impact of climate change on our fisheries resources and we’ve taken the convenient excuse that has not been proven in any way, shape or form.”

Passfield said he had asked Ministry of Marine Resources (MMR) secretary Ben Ponia through letters to CINews to provide more scientific evidence to support the growth of the industry. However, he had received no response.

The scientific evidence did not justify the amount of by-catch which was known to be gathered by the purse seining industry’s the use of fish aggregated devices (FADs), he said.

Support for Friday’s protest was gaining traction, he said.

“People are stopping me in the street and saying thanks to Te Ipukarea for helping, and that they will be there.”

Meanwhile, Public Service Commissioner Russell Thomas has sent an email to public servants warning them to be on their best behaviour at the protest.

“Publicly criticising government policies in an official capacity is considered misconduct under the Government Code of Conduct Policy,” Thomas wrote.

“Therefore, public servants planning to participate in the protest march must do so as an individual and not as an official or representative of the Ministry or Agency they work for.”

“The policy also prohibits the use of government resources to support this action in any way.”