Takeover by Chinese military is ‘unlikely’ 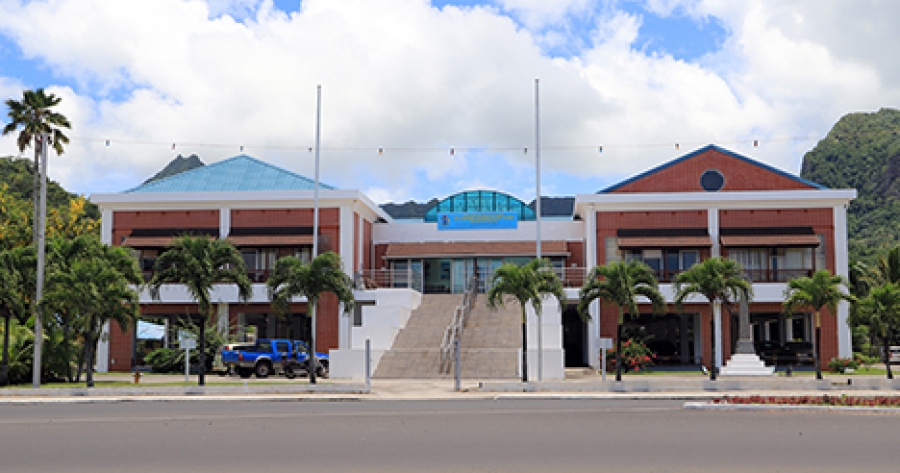 Finance minister Mark Brown says the Cook Islands is unlikely to ever see the Chinese military coming in to take over the country if it is unable to repay its debts to China.

His comments come after it was recently revealed that Chinese representatives were talking with “top officials” in Vanuatu about plans to establish a naval base there.

The news raised alarm bells around the Pacific, particularly in Australia, where there are concerns about the implications of a Chinese naval presence in a part of the world that has previously been mostly untouched by international rivals.

Vanuatu owes China a vast amount of money and there are fears that their government may bow to pressure, hoping to strike a deal with China on the naval base in return for forgiveness of debt. However, Brown says that in “the big scheme of things”, the debt that some countries have in the Pacific constitutes a “drop in the bucket” when compared to the global economy.

The Cook Islands is expected to have $143.5 million committed to loans as at June 20, 2018, with a net debt of $122.3 million. Around $105 million of that debt belongs to the Asian Development Bank. A total of $34 million is owed to the Exim Bank of China, which lent the Cook Islands money for the construction of the sports stadium and also for part of Te Mato Vai project.

The remaining debt is made up of contingent commercial borrowings by state-owned enterprises, totalling $4 million.

There is also a historic debt owed to the French, who helped to upgrade the country’s power system in the 1980s.

Brown says the Cook Islands would have to be a “very rich” country to exist without debt. “The only way we’re going to be very rich is if we realise the wealth that sits in the bottom of our ocean,” he says, referring to the country’s potential for making money out of deep-sea mineral mining.

Brown says the reality is that every government has to borrow in order to fund infrastructure.

The Chinese have built several large buildings on Rarotonga since the early 2000s, using imported Chinese labour. All buildings now have to be practically rebuilt as a result of construction and design deficiencies.

There is a general lack of information about Chinese aid activities, although it is known that China does not demand the same level of accountability for aid funding as New Zealand and Australia. Another issue is that Pacific Island governments are also not always transparent when it comes to aid funding.

The money received by the Cook Islands from China has been provided through a mixture of grants, aid and concessional loans. The Ministry of Justice building, the Cook Islands Police headquarters and the national stadium were all constructed with funding from the Chinese government.

Whether China will ultimately seek favours from the Cook Islands government for forgiveness of debt is unknown.

Some commentators have said China could seek to establish several military bases in the South Pacific region, but Brown says it is “unlikely” the Chinese military will come in to take over countries that are not paying their debts.

“What will happen is that these countries, like other countries that have got into debt stress with financial institutions, will have to restructure their debts.”

“Borrowing is a necessity. It’s managing that borrowing that is important.”

“We’ve established a loan repayment fund – a legislative fund, that cannot be used by the government for any other purpose. It’s a dedicated fund that services our debt.”

Earlier this month, during a state visit to New Zealand, prime minister Henry Puna said that the Cook Islands would continue to foster relationships with China.

China first established diplomatic relations with the Cook Islands in 1997. Although projects China has been involved here have faced some criticism, the government has recently been more proactive in managing Chinese aid.

In the case of Te Mato Vai water mains project, the Cook Islands is the first country in the world where China has partnered with a developed country, New Zealand, on a foreign aid project. In 2013, the Cook Islands developed a three-year strategy to better manage Chinese grant funding.

Prime minister Henry Puna outlined the Cook Islands’ perspective on security during his address at the New Zealand Institute of International Affairs earlier this month. He said the Cook Islands must be “constantly vigilant to the growing threats to international security resulting from terrorism, transnational crime, drug and human trafficking”.

“While we are fortunate in our insular region, being relatively distant from many such threats to our security, we must never be complacent,” he added. “It will be important to intensify cooperation in security and we will need to put in place protective measures to enable us to anticipate and – if necessary – respond to such threats.”

The Cook Islands has welcomed naval ships from France, Australia, and New Zealand in the past – nations that all assist in the surveillance of Cook Islands waters. The Cook Islands has also had military relations with the US since World War II, when the US military maintained a base here. They also constructed several airfields that are still in use today.