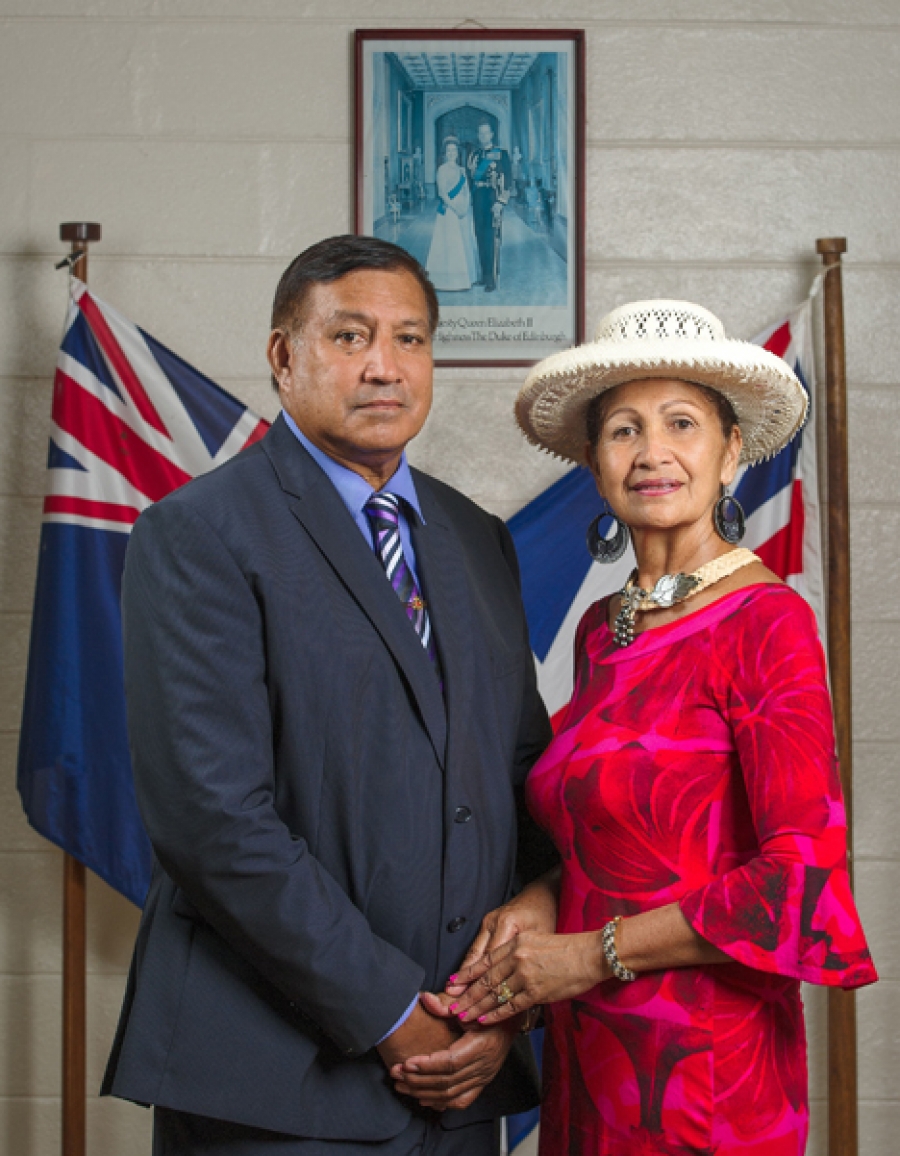 Queens Representative Tom Marsters and wife Tuaine are in New Zealand for a number of special commemorative events to honour the contribution of Cook Islands soldiers to New Zealand's war efforts.

Cook Islands Queen’s Representative Tom Marsters has arrived in Aotearoa to attend a number of events commemorating the contributions of Cook Islands soldiers to New Zealand’s war effort between 1914 and 1918.

Marsters spoke at the Cook Islands Soldiers of World War One (CISWWO) Commemorative Ceremony at the Beehive in Wellington yesterday.

White crosses representing the 461 Cook Island Soldiers who enlisted as part of the Rarotonga Contingent in the New Zealand Expeditionary Forces were laid out on the lawns of parliament as a symbolic reminder of the Cook Islands contributions to World War One.

On Sunday (Saturday local time) Marsters will be guest of honour at a Commemorative Service for CISWWO to be held at the Cook Islands Hall in Cannons Creek, Porirua where the name roll of the 461 soldiers will be read out.

The roll details their name, their soldier number, rank and the island they’ve been identified as coming from.

Descendants and family will have the opportunity to pin poppies to a commemorative board in remembrance.

“This is a significant milestone for our Cook Islands people and it gives overdue credit to the feats and service of our soldiers, 461 who enlisted 100 years ago to serve king and country,” said Matapo.

“The feat is particularly significant when one considers this number relative to the population of the Cook Islands at the time and the obstacles that needed to be overcome to be able to serve in places like France and Egypt.”

“That our people 100 years ago heeded the call from the New Zealand Government of the time to come to its aid is to be celebrated as it is tribute to the loyalty and service of our people to New Zealand, and the close relationship and affinity that endures to this day.

“Until recently, the contributions of these soldiers have been relatively unheard of.”

The various commemorative CISWWO events in Wellington have come about through the leadership of the CISWWO committee, collaboration between the High Commission, MPs Alfred Ngaro and Poto Williams, Grace Hutton, Helene Kay and the Cook Islands community at large.

“We are very privileged to have the Queen’s Representative attend our CISWWO commemorative events. It accords due respect to the services of these sons of our ipukarea,” said Matapo.