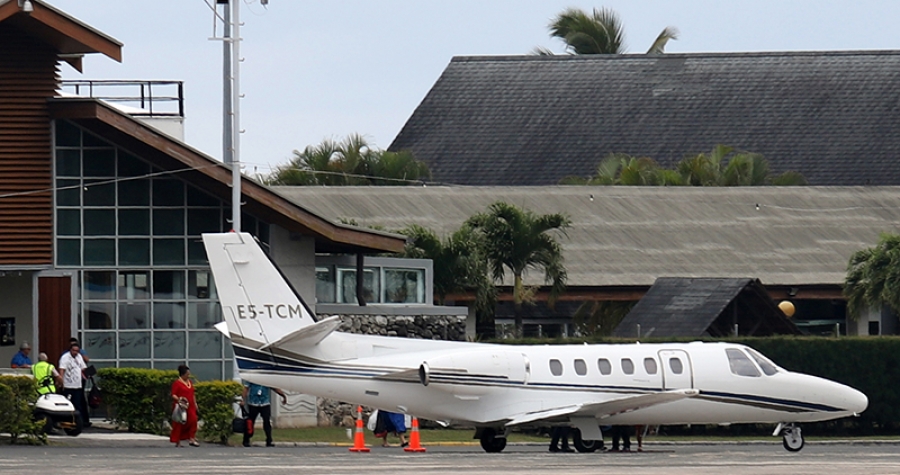 Members of the offi cial party board the Air Rarotonga Cessna Citation jet at Rarotonga International Airport yesterday. Among them was Infrastructure Cook Islands minister, Robert Tapiatau seen emerging from the terminal building. 18100911

Prime minister Henry Puna and a government delegation took a $20,700 flight to Manihiki yesterday morning to attend the official opening of the island’s new airport terminal.

Work on construction of the building began in April this year following the official handover of the land near the village of Tukao.

Puna attended the event and thanked the landowners for allowing the government to use their land to build the terminal.

Before the new building was constructed Manihiki had no airport terminal. Passengers were forced to check in for flights under the small overhang of a private house during flight days and with family and friends, wait out in the open under the shade of nearby coconut trees for flight arrivals and departures.