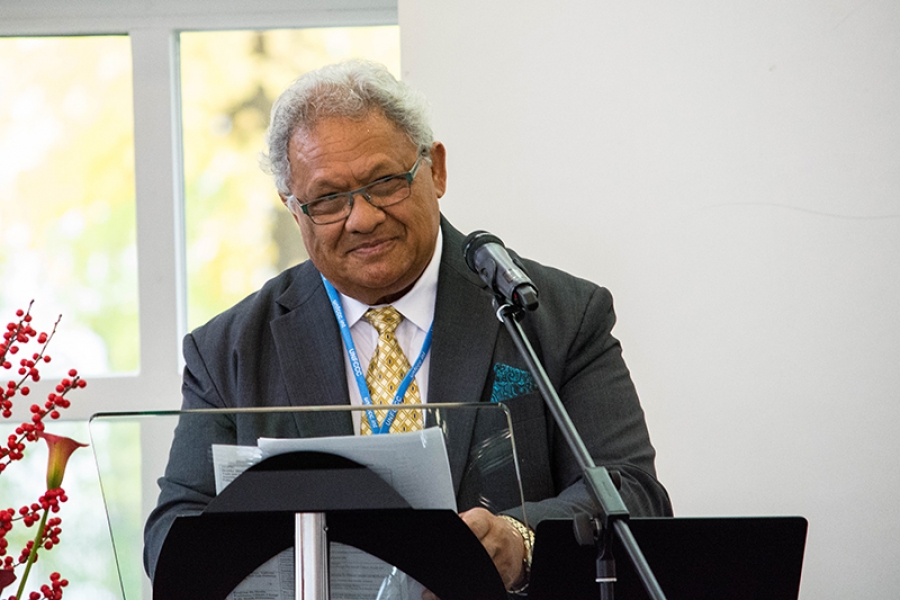 Nandi Glassie is concerned at the rising number of public servants. 18101631

A former government minister is warning the Cook Islands faces a similar situation to the 1996 economic crisis that almost left the country bankrupt.

Nandi Glassie, the former health minister, said staff numbers in the country’s public service are growing as they did before the crisis.

Glassie said the cost of running the country is rising, partly due to the increase in the number of public sector agencies.

The 1996 financial crisis saw the country in a huge deficit and the government on the brink of bankruptcy. In a bid to stop further deterioration of the economy, the government shrank the number of ministries from 52 to 22, cutting the number of public servants from 3168 to 1499.

More than two decades on, Glassie said the number of public sector agencies has risen again to 52 and, if not managed properly, it could result in a repeat of the 1996 economic crisis. As at June 30, 2017, the public service was employing 2186 people .

Glassie raised his concerns in his doctorate (PhD) study paper on the state of the public sector in the Cook Islands which started in 1996. He said the bureaucracy was increasing again to what it was before 1996, when the country was hit by the financial crisis.

“The public sector reforms led to downsizing in 1996 following an economic and financial crisis. With the assistance of the Asian Development Bank, United Nations Development Programme and the New Zealand government, an economic restructuring programme led to the corporatisation of the public service, with state-owned enterprises (SOEs) being given responsibility for managing the airport, ports, power supply, telecommunications and banking services, predominantly on Rarotonga and Aitutaki,” Glassie said.

“The social impact of the downsizing was detrimental and many families migrated overseas permanently.

“The 1996 reforms and the constant decline in Pa Enua populations created new challenges for the public service, with scarce human resources and limited financial resources to invest in human development, to maintain such critical infrastructure as water and sanitation, and to strengthen public service outputs and productivity.

“The overall cost of running the government is $121 million. While funding shortages are holding back the potential of some agencies, capability gaps, structural inefficiencies, system and process inadequacies, and poor work practices are at the core of many performance problems.”

“While the country is on the OECD list of countries to be graduated to developed country status, the Cook Islands is still a small island developing state, with vulnerabilities such as weak institutions, human resourcing capacity gaps across various sectors and financial constraints – as capital investments take priority over operational investments.

“The Cook Islands experience shows a country that is remedying poor investment and management decisions made in the past, along with ambitious development aspirations for the future – coupled with human resourcing capacity gaps and competing priorities for a limited financial resources pool.

“A challenge for any government to manage and one that demands driven, resilient and forward-thinking leaders.”

Glassie recently returned from Victoria University in Wellington, New Zealand, where he presented his paper.

Through the help of the Public Service Commission, he explored the Cook Islands’ political system Cook Islands and how the “system” has impacted public policy formulation and implementation, or the lack thereof, since internal self-government in 1965.

The paper also reviews developments in the public sector since internal self-government, and examines how successive governments have impacted on the decision–making process by way of public policy formulation and implementation.

This paper, Glassie said, contributes to the understanding of how small island developing states such as the Cook Islands could best embrace programmes of economic and social reform.