Wednesday 2 May 2018 | Published in Politics 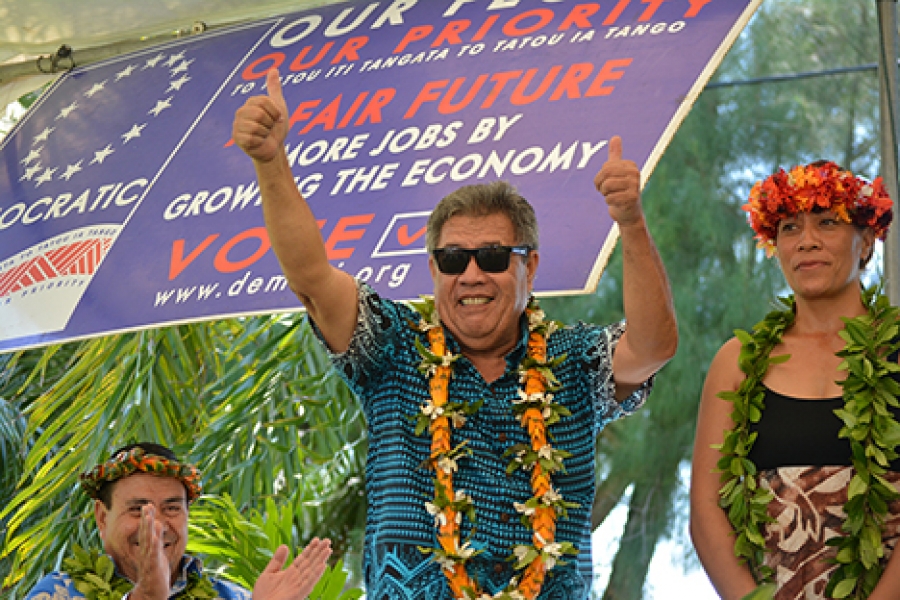 Democratic Party chief executive and Penrhyn candidate Wilkie Rasmussen at yesterday's 2018 General Election campaign launch for the Demo candidates. Rasmussen was one of 14 nominees who gathered at Maire Nui park yesterday to celebrate the occasion. A total of 23 Democratic candidates will stand in the June 14 election. The names of all candidates were released on Monday.

Browne said it was an exciting day for the party and the Cook Islands people, as it heralded new opportunities.

“We know our people want to be listened to, and we know that we have a strong plan for the future of our people and our country, because our people are our country,” Browne said, drawing applause from the spectators and fellow party members.

“This is a new chapter for the Democratic Party, with many new eager faces in our group, supported by a core of seasoned politicians. We know now is the time for change!”

Browne also spoke about some of objectives the Democratic Party would pursue if they won the June 14 election.

She said a Demo government would provide opportunities for job growth, the cost of living would be managed, and children and the elderly would be looked after in equal measure, with education for the former, and financial and physical support for the latter.

A Demo government would also investigate overspending, introduce business incentives to increase economic development, institute “green principles” to ensure the Cook Islands was pristine for future generations, and that fish, “remain our fish and feed our people now and in the future.”

“In short, it’s about time we had a government that cares about what our people want and we promise that we will think of the Cook Islands and our people first,” Brown said.

“No matter where you began, we want you to be part of a new, prosperous future for our country.

It’s time to make a change. Join with us and be part of the change to a prosperous, caring, green Cook Islands.”