Up north, they’re watching and waiting… 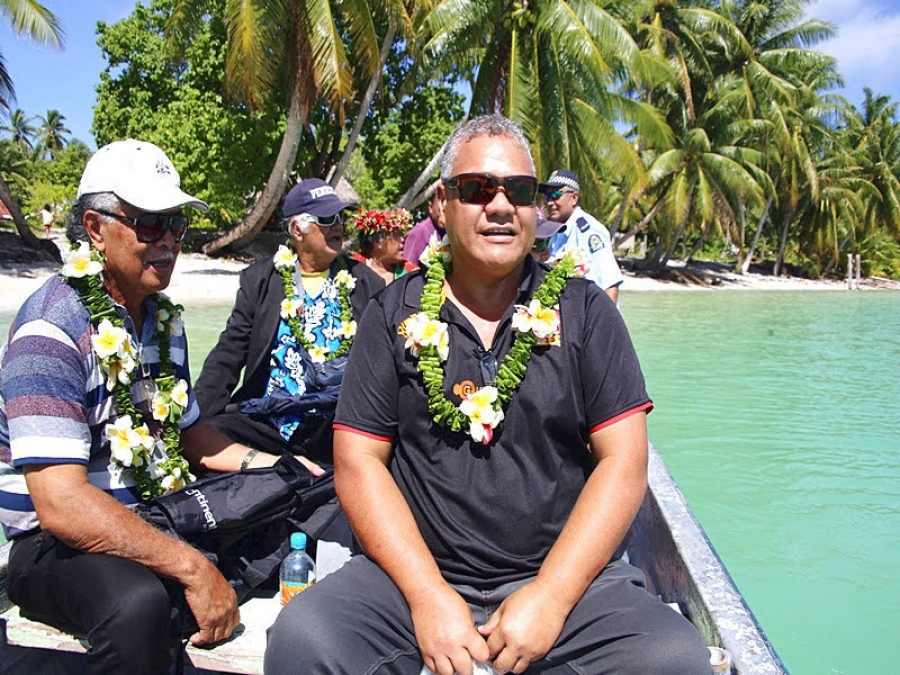 The clock ticks by for another Cook Islands general election, but for people of the north, it will be another reminder of the wait, watch and wait phase following every election campaign.

For these islands may be unique in their cultural rituals and with distinct languages that highlight the diversity within this nation but they share an aspect of the pa enua life which doesn't have any quick or easy fixes: the cost of transport.

Whether it’s passenger travel or freighting of goods and items, air transport is expensive and the vessel option has never really been attractive, even if it is cheaper.

The small village populations of the north aren't able to justify regular flight or shipping schedules, and the prices levied by both monopolies when it comes to transport and access for some of the most isolated island communities on the planet are no laughing matter. One can fly to Auckland a few times or around the world for the price of a return ticket to the Northern group.

For elected and aspiring politicians, there is no avoiding the question of passenger travel when it comes to searching for the issues that are front of the mind for people who live here.

The finger-pointing at those running airlines and shipping won't help: Government says it’s not about to intervene and tell businesses how to do what they do, but the campaign rhetoric from the visiting VIPs to northern shores promises to work on ensuring shipping gets better– especially with Japan committing to look into helping the Cook Islands with a custom-built vessel that will finally ensure passengers travel in an acceptable standard of comfort and their cargo gets some space as well.

How far off that reality may be is unknown, but it's news that is music to many ears.

One service that hasn't had to wait is the Rakahanga-Manihiki “ferry”, which is a custom-made 200 horsepower, covered vessel with lifejackets for 20 passengers, if required.

The “Vaine Rakahanga” as she is dubbed, is a lifesaver for travellers wanting to cross to catch their flights to Rarotonga.

Another factor in the mix when it comes to paying the price for their distance from the centre in Rarotonga, is the relatively low paying jobs to cover the costs of travel. This is especially relevant when it comes to those who face losing up to ten days in travel time when taking up an annual leave allowance of 20 days.

For public servants in the north, the so-called “Moana Leave” request is likely to be the easiest fix of the challenges raised. The Public Service Commissioner will soon be facing a request to review the need for a fair solution to the problem facing Pa Enua Tokerau public servants who lose those precious annual leave days in travel time to Rarotonga, where they can then sometimes waste more days sorting travel documents before finally taking that hard-won break with families in New Zealand or Australia.

And even as the commentary on travel, the need to see more jobs, infrastructure, revenues from our tuna millions go straight into pa enua purses continues, there is an admission throughout that it's lovely, it's life-changing, it's just awesome, that solar power has been the transforming factor in pa enua realities in recent years.

No more generators humming away at set hours, or breaking down at random moments.

From Pukapuka to Palmerston to Manihiki, the switch to solar has literally turned the switch to a level of modern comfort which has shaped community thinking.

As one resident puts it, "we're not the same people we used to be when it comes to campaign time.

“There's no fighting. There's no excitement, no tension. It's like there's a new peace when it comes to politics."

That's a comment likely to be coloured by the side of politics one is on, but it's a new sentiment that shows one quality Pa Enua Cook Islanders share with their Rarotonga families: when it comes to June 14, everyone who decides to do so will let their vote do the talking.