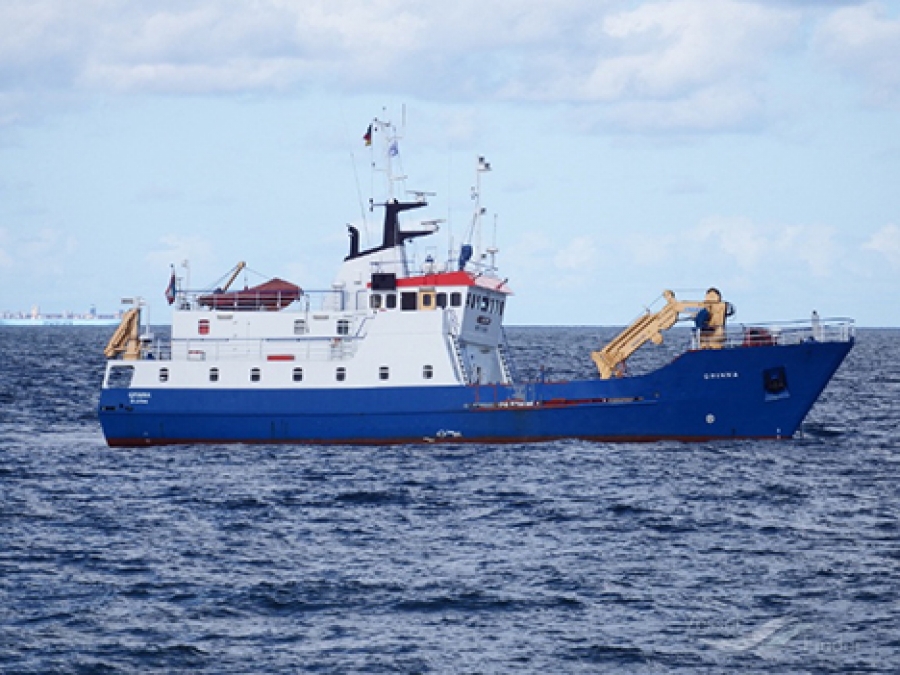 Tapi Taio of Taio Shipping says that the Moana Nui will have to stay where it is in the Nassau harbour passage until his company's new boat the Grinna arrives from Europe later this year.

Stricken cargo ship the Moana Nui has been stranded on the reef off Nassau for 15 months now, but the boat’s owners Taio Shipping say it will stay sitting there for at least a few more months yet.

The ship first ran aground on the reef at Nassau in January 2017. In January of this year it shifted position to partially block the island’s harbour passage (as seen in photo) and then moved again in February, ending up completely inside the passage.

Taio Shipping owner Tapi Taio says the Moana Nui will have to stay where it is for now.

He added that the company still had plans to remove her by cutting the boat up into pieces.

“That is what we are going to do,” he confirmed. “Our company can do that.

But first we have to gear up with a lot of gas bottles, oxygen – and they all come from New Zealand.

“And to prepare the gas it will take about two and a half months – take the bottles to New Zealand, refill them, and then bring them home.

“So we are planning on using one machine, but we will have to buy the machine, and we are waiting for our new boat, because that boat can take the machine,” he explained.

The “new boat” is Taio Shipping’s recently acquired Grinna, which has left port in Denmark and is currently headed for Madeira in Portugal. From there she will continue to make her way west towards the Panama Canal.

Taio was reluctant to predict an arrival date for the Grinna before she reached the Panama Canal, but estimated that the ship was “a few months away” yet.

Once the Grinna has arrived and gas bottles have been obtained from New Zealand, Taio says he doesn’t foresee any problems when it comes to extracting the Moana Nui from Nassau’s harbour passage.

“Right now we are assessing the whole thing, for the cutting and all that. We’re going to cut it like the other boat we had on the reef, Maungaroa.

That took about a month cutting it out, no problem.”