India’s stake in the evolving geopolitics of Pacific Islands 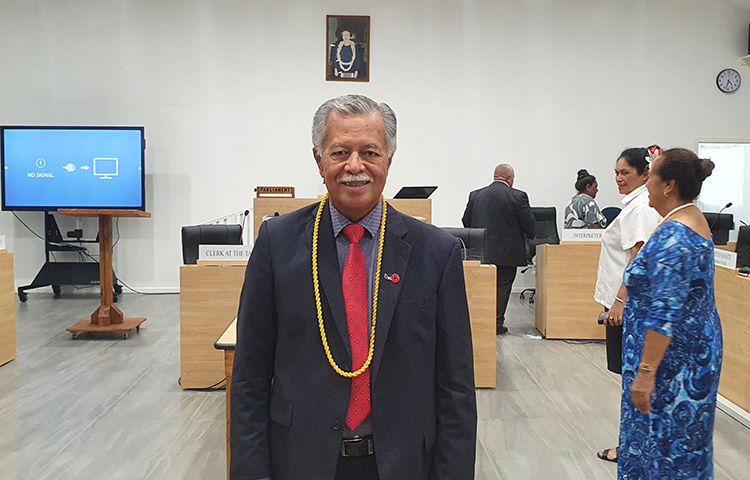 The appointment of former Cook Islands Prime Minister Henry Puna as the Secretary General of the Pacific Islands Forum is watched with interest from the corridors of power in New Delhi. By Balaji Chandramohan.

As India is trying to stake claims as a competitor in the wider Indo Pacific against China, the evolving complex geopolitics of the Pacific Islands has come under the expanding strategic radar of New Delhi.

New Delhi understands that the Pacific Islands geopolitics is dominated by the ever increasing one up among Micronesia, Melanesia and Polynesia. The recent issue involving the Secretary General appointment has made things complicated but has interest in India’s strategic calculus. India has started to understand the geopolitical playbook of the Pacific Islands.

To start with, the selection of the PIF secretary-general is a consensus decision, and by longstanding agreement, PIF’s three sub-regions – Polynesia, Melanesia, and Micronesia – take turns putting up a candidate.

It’s understood that the Secretary General of the Pacific Islands Forum is rotated through the secretary general role, and this was to be Micronesia’s turn. In the end Henry Puna won the election by a single vote. Over the history of the agreement on sub-regional rotation, Micronesia has only produced one secretary-general, compared to Polynesia’s seven, Melanesia’s three, and Australia’s two.

With the above background, India wishes to open diplomatic missions in several countries of the South Pacific, including Samoa and Tonga (which are currently served from Wellington and Suva respectively). The increased presence and India’s desire to enhance its influence in the Pacific Islands Forum could be motivational.

India as it wants to become a permanent member of the forum understands that it provides an important annual opportunity for Pacific Islands leaders to discuss the political, economic and developmental issues facing the region in a time of rapid change, globalisation and increasing instability.

On that note, New Delhi has been seeking membership status which has thus far not materialised. India shares the Commonwealth heritage and common interests with most countries of the region. A full membership will be mutually beneficial. As an extension, India will seek to have membership or observer status at the Polynesian Spearhead Group and Melanesian Spearhead Group.

Now coming to the present, the geopolitical stake of the Pacific Islands will increase as Samoa, Cook Islands and Fiji are all set to have elections in the near future. In that context, locally there will be pressure within the countries to raise the stakes in the Pacific Islands Forum.

On the other hand, China will also view for more status to claim in the Pacific Islands Forum. Though it’s true that Australia and New Zealand understands the increased Chinese presence in the Pacific Islands, it’s understood that they will also join hands with the United States, India and France to make sure that Beijing doesn’t have increased influence in the region.

As India is expanding its maritime reach to the Pacific Islands, the region falls organically into China’s maritime strategic thinking as a part of its oft-stated “island chain” strategy. Beijing largely benefited with good terms with Washington during the Cold War, paving the way for its politico-military expansion in the Pacific Islands (which began quietly in the early 1980s).

In fact, India at present has permanent diplomatic postings only in Fiji and Papua New Guinea, none with military attaches. India is expected to seek membership in the Melanesian Spearhead Group as a tactical move to counter China’s expansion in the South Pacific region, especially in the Melanesian countries where its influence is increasing.

On the other hand, strategic watchers from India understands that 2019 Indo–Pacific Strategy Report released by the US Department of Defence did little to acknowledge the strategic importance of the Pacific Islands within its conceptualisation of a FOIP (Free and Open Indo-Pacific).

To add more weightage to the summit, Fiji Prime Minister Frank Bainimarama has also invited the newly-elected United States President Joe Biden for the Forum and it’s to be seen how the geopolitics will shape up in the months and years to come in the Pacific Islands. In that context, India will also watch with interest and it’s likely that India will send a high-level delegation to the Forum which will be scheduled in August.

Balaji Chandramohan is a Research Scholar with the University of Madras. Previously, he was a Visiting Fellow with Future Directions International, Perth Australia. He has written, worked and done research in media platforms.