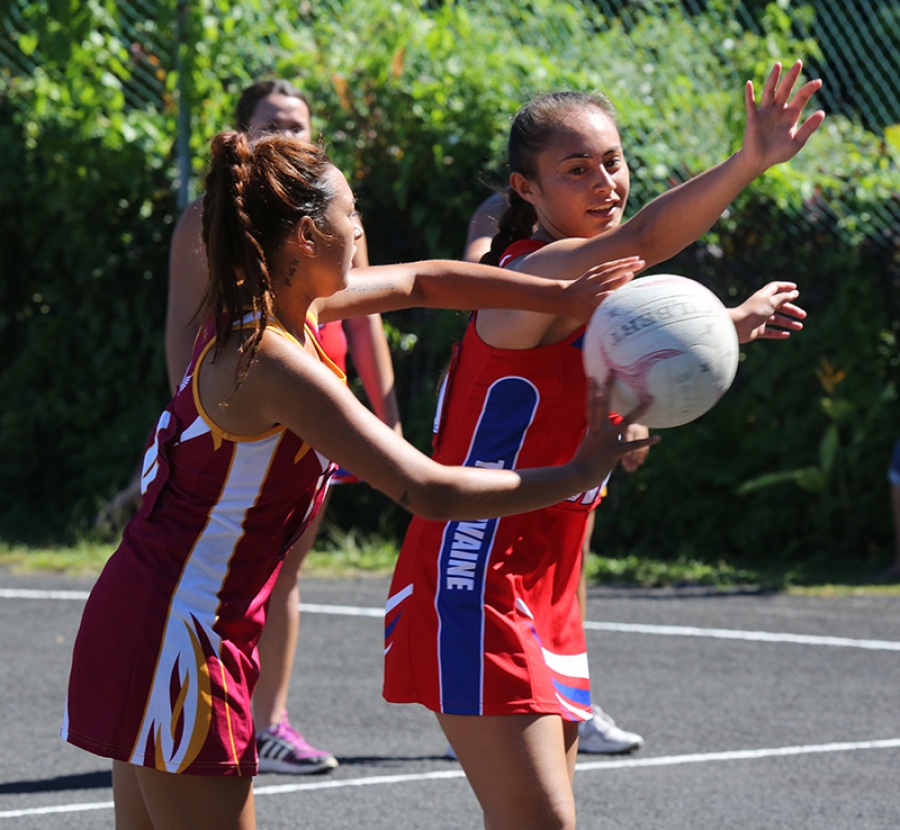 The SHE Eagles versus Takuvaine matches were played under sweltering condition at Nukupure courts on Saturday. 19040806

Last Saturday’s netball games at Nukupure courts were played under the hottest temperatures on record.

Thanks to the shaded areas that the marquees provided and the ingenious idea of Dr Suess looking-like umbrellas, the guests from Takuvaine were able to enjoy the netball games while sheltering from the heat of the sun.

About 200 chairs were still not enough as the visitors from TKV and the home village supporters flocked to the netball courts to watch a full day of competition.

TKV won the first two junior grades of six and under and 8U by narrow margins, then great wins were recorded by Ngatangiia-Matavera SHE Eagles 10U and 12U netball teams.

The maroons 15U team succumbed to a much taller TKV 15U machine followed by a heartbreaking loss as the scarlet’s from TKV beat the home teams reserves 25-21.

Earlier in the week on Wednesday, the opens teams had a win and a loss against the TKV teams.

Approaching is week 4 of SHE Eagles “5 weeks at Muri” and will see the team host Tupapa Netball Club this Wednesday at 5pm in opens and on Saturday at 11am (6U).

SHE Eagles and Tupapa netball games are always intense and well supported affairs.

With the recently introduced SHE Eagles shared lunch concept after the junior games, the players can enjoy more than just netball at the home courts of Muri.