‘Think wider, think beyond your horizon’ 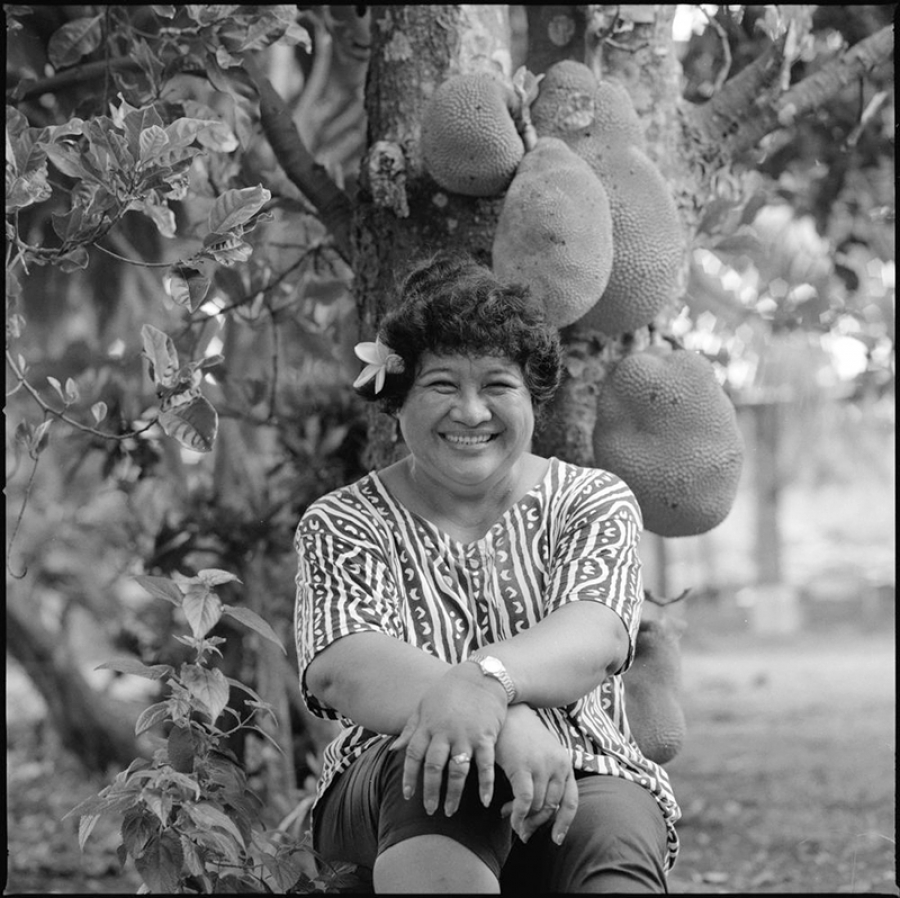 Puaikura and the wider Cook Islands community this week mourn the passing of Vereara Maeva-Taripo, a formidable public figure best known for her dedication to tivaevae, Cook Islands culture and music, and the development of a robust civil society.

Mama Vereara Maeva had turned 80, just a month before she passed.

Known to many as Aunty Ve, Maeva-Taripo was a leader in many senses of the word.

An outspoken proponent of traditional leadership and values, she was also prominent in the world of non-government organisations and committed a great deal of her time and energy to the vainetini, the National Council of Women, the Koutu Nui, the Arorangi Cook Islands Christian Church, and the Cook Islands Association of Non-Government Organisations, among other community groups and projects.

“At the funeral service we got to hear things about her we’d never known,” her daughter Teeiau Maeva-Strickland says. “She was so heavily involved in community work here in Arorangi we didn’t even know about all of it.”

Vereara Maeva-Taripo traced her ancestry, through her parents Teariki and Tekauvai, to Pukapuka, Aitutaki, Rarotonga, Raiatea, Rurutu, and Mangaia. Brought up on Aitutaki, she spent most of her life on Rarotonga. She was the first of seven siblings and a sister to four half-siblings.

As a young woman, Maeva, who would acquire the Taripo name later in life, trained as a teacher on Rarotonga.

A stint teaching on Pukapuka led to her meeting and marrying Teariki Moeka’a, a Maukean who was stationed there as the atoll’s resident doctor. Together the couple travelled throughout the Cook Islands, to whichever island Moeka’a was assigned; their five children were born on Atiu, Manihiki, and Rarotonga.

She began her career teaching in schools around Rarotonga and Aitutaki, including Nikao Side School, Tereora College, and Araura College, and later worked at the office of the Public Service Commissioner.

She was also instrumental in building the Cook Islands’ civil society sector, an endeavour that took her all over the region and world.

“I learned it all from Mama Vereara,” says Ngara Katuke, past president of the Civil Society Organisations and current president of the Girl Guides Association. “I looked up to her for advice about being a leader. She always said think wider, think beyond your horizon.”

As holder of the Paenui Rangatira title, Maeva-Taripo was long involved in the Koutu Nui, serving for years as its secretary. Even when she was sick several months ago, she showed up for the Koutu Nui Conference.

“Aunty Ve was truly a traditional leader with a big heart and passion for her vaka and people,” says Terea Mataiapo Paul Raui Allsworth, who currently serves as president of the Koutu Nui.

Noeline Browne, who holds the title of Itaata Rangatira o Kainuku, said that in the Koutu Nui, Maeva-Taripo “commanded a great respect for her knowledge, wisdom, and powers of persuasion”.

She was vocal in speaking out against anything that threatened the integrity of the Cook Islands; she was an early advocate for Marae Moana, the national marine park.

Maeva-Taripo told me once, in an interview for a magazine, that while government “hardly invites us to any of their discussions”, it was her mission to be heard because as a titleholder, she carried the voice of her people.

Her consistent goal, through her work with the aronga mana and her dedication to craft and culture, was to carry forward the traditions of the Cook Islands. She was particularly committed to making, and teaching women how to make, tivaevae.

“Vereara Maeva is a taunga, one of the best we’ve ever known,” Esther Katu told Lynnsay Rongokea, who recorded the conversation in a book called The Art of Tivaevae: Traditional Cook Islands Quilting.

“When you sit with her to sew a taorei, you have to be alert. When you ask her to design something the good thing about her is it’s a one-off. Her tivaevae designs are never the same.”

With close friend Tungane Broadbent, Maeva-Taripo organised national tivaevae exhibitions and attended international ones, too. She taught stitching at Cook Islands Tertiary Training Institute. Her work appears in books and museums, such as Te Papa in Wellington.

Recently, she and several other women from Arorangi began hosting groups of American students, teaching them to make tivaevae.

For four decades, Maeva-Taripo composed songs and choreographed dances for Te Maeva Nui and other events, both for Puaikura and Aitutaki. The Ministry of Cultural Development (MOCD) has kept an index of all her music, to which her two sons have contributed.

“She has been an icon of culture,” says Anthony Turua, Secretary for Culture.

“Her passion has always been in culture, and she has delivered her traditional knowledge through her compositions. Her contribution to Cook Islands culture has been tremendous.”

Maeva-Taripo is survived by her husband, Teanau Taripo, whom she remarried after her first husband passed away in 1990.

She is also survived by tivaevae and tivaevae makers all over the world.

“She’s done a lot, not only for the women but for the community and the church as well,” says Tokerau Munro, the current Tinomana Ariki, who would often sew tivaevae and chat with Maeva-Taripo into the wee hours of the morning.

“I hope the women she used to teach will carry on what she was doing. I don’t know who’s going to carry on with her work. Maybe one day there will be another one like her.”