They’ve shown they can do it! 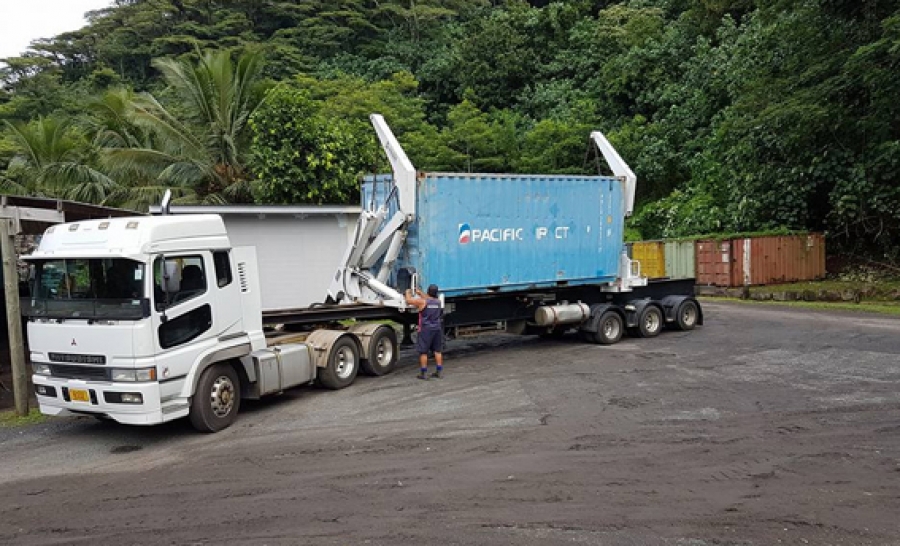 It was a landmark day for WATSAN when their fi rst container of compacted cans was loaded on to a truck, ready for shipment. 17050710

Friday marked the beginning of an initiative that actively seeks to reduce the volume of rubbish crowding Rarotonga’s landfill.

In a post on their Facebook page last Friday, WATSAN declared that their first container of compacted aluminium cans was set to leave the Rarotonga waste facility.

“ICI and General Transport have an agreement to work together to move recyclables off the island. General Transport has extensive experience and knowledge in the shipping and recycling industry and ICI is thankful for their assistance. More updates to follow as more stockpiles leave the yard.”

With the last shipment of recyclable material leaving Rarotonga in 2013, the landfill has been congested with huge amounts of rubbish, including over 250 bales of plastic that have accumulated over the years.

Following the implementation of recycling bays reported in CI News on March 1, both public and private sectors have been working together in an effort to reduce waste streams.

Cook Islands General Transport (CIGT) and Infrastructure Cook Islands (ICI) have joined forces to organise a system that will rid of existing rubbish from past years, whilst also offering a sustainable option to monitor and maintain the rubbish outflow of Rarotonga residents.

“There are hundreds of thousands of soft drink containers and cans being shipped on to the island, so it is important that everything that comes on to the island has somewhere it can be recycled and repatriated.” WATSAN director said Jaimie Short.

On Friday around 11,800 kilograms of aluminium cans were compressed and packed into a shipping container.

The container will be go to New Zealand, where it will be packaged with recyclables from other Pacific countries, and sent to a dealer in Europe.

From there, the material will be sold to the highest bidder who in turn will deconstruct the plastic and aluminium into pliable material, which can be used in other ways.

Jessie Sword said the plastic, which has a lower worth, will be sent to Malaysia where it will be salvaged at a recycling factory.

The initiative, which has been closely monitored by Sword and Short, is costly.

“The money received from the recycling of aluminium material is put towards the cost of repatriating plastic off the island,” said Sword.

The initiative has two phases. The first, which began on Friday, focuses on removing the stockpiles of rubbish that have accumulated over time.

The second phase is making the programme sustainable.

“It will be largely influenced by the partnership we create with the relevant merchants,” said Sword.

Both Sword and Short said the public’s positive reaction had been a helpful factor in kick-starting the initiative.

“We have had mamas and papas coming in almost every day with recyclable material. The downside is that we do have limited space,” said Sword.

However she said General Transport would find a way to accommodate all rubbish,

“ICI and General Transport will work together to repatriate as much recyclables off the island as possible.”

Looking to the future, General Transport, ICI and private and public parties involved hope to improve all rubbish management, on the island, emphasising the responsibility of the consumer.

“We want to put the responsibility back on the consumer. For example there has been talk of adding 10c to the price of canned drinks and refunding the consumer that 10c upon returning the aluminium can to the relevant station.” Short said.

The “reduce, reuse, recycle” initiative will also be used prominently to emphasise the role the public plays in maintaining the landfill on Rarotonga.

WATSAN and General Transport hope the public will continue sorting their rubbish, urging residents to wash their cans in order to increase their value.

Although the operation is in its first phase, Sword can foresee positive follow-on effects.

“There have been many positive aspects of this initiative, one being the ability to offer more jobs to the community.

“Another would be the coming together of the public and private sector in a bid to better Rarotonga.”