Saturday 23 May 2020 | Written by Melina Etches | Published in Local 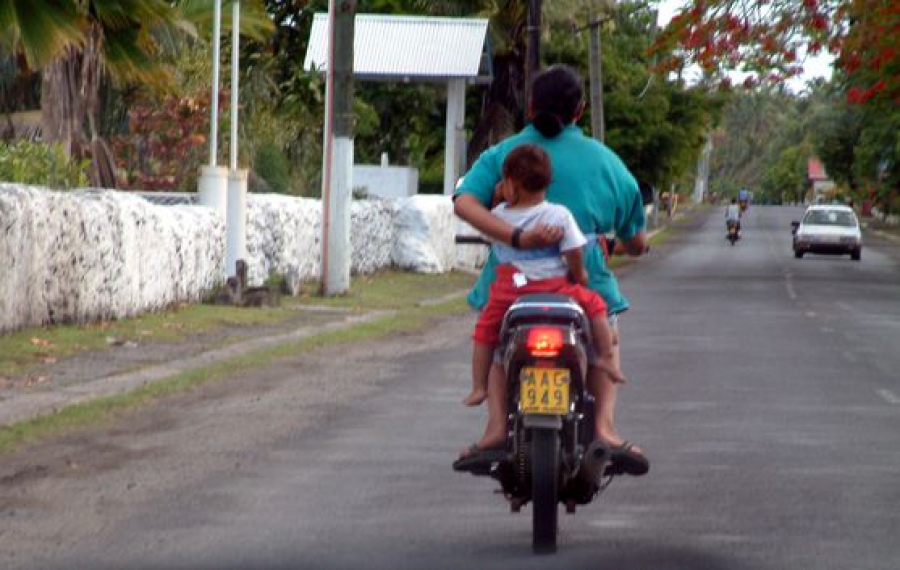 A Rarotonga resident plans a motorbike rally to protest against the new law requiring all motorcyclists to wear helmets.

Moana Moeka'a, a former Cook Islands News editor, has started the AAA N0 2 HELMETS Facebook page, calling for the repeal of section 86A of the Transport Amendment Act making helmets mandatory on Rarotonga.

The law comes into effect on June 25, and government allowed time for retailers to import helmet stocks. Police are to begin enforcing it the next morning, June 26.

Dr Debi Futter-Puati, from the Cook Islands Helmets Save Lives group, said a lot of people were relieved the country had come so far towards protecting motorists from serious injury and death.

With the law coming into effect in just a month’s time, the movement to repeal it was hugely disappointing. They hoped the government was not swayed, she said.

Cook Islands, especially Rarotonga, is believed to have the highest road fatality rate in the world – and police say none of the motorcyclists who have died in recent years was wearing a helmet. Speed and alcohol were frequently factors as well.

Moeka'a said he wanted the law to revert, so helmet were only mandatory for visitors and those aged from 16 to 25 years.

He is planning a first motorbike rally this Friday. “I've spoken to a number of people over the past few weeks and a lot of them have been waiting for something to happen.”

Asked about the number of motorcycle deaths, Moeka'a said the question that needed to be asked is, what exactly is the problem?

“If you talk to most people, they will tell you that the two major factors behind motorcycle deaths are speed or alcohol. And those that fall in this bracket are mainly those under the age of 35,” he said.

“You hardly see 50 or 60 year-olds getting killed on Rarotonga’s roads. Why? Because they are generally careful, and don’t speed while riding motorcycles.”

He called instead for stricter police enforcement “Police need to be proactive, not reactive.”

"I'm not saying you shouldn't wear a helmet. What I want – like many older Cook Islanders – is the choice to wear a helmet or not.”

Moeka'a says it’s okay for people like the Prime Minister, the Deputy Prime Minister, and the Opposition leader to say that people needed to wear helmets. “They drive around on cars that are provided for them for free. You have MPs voting for everyone to wear a helmet – but some ride around with no helmets. It’s hypocritical.”