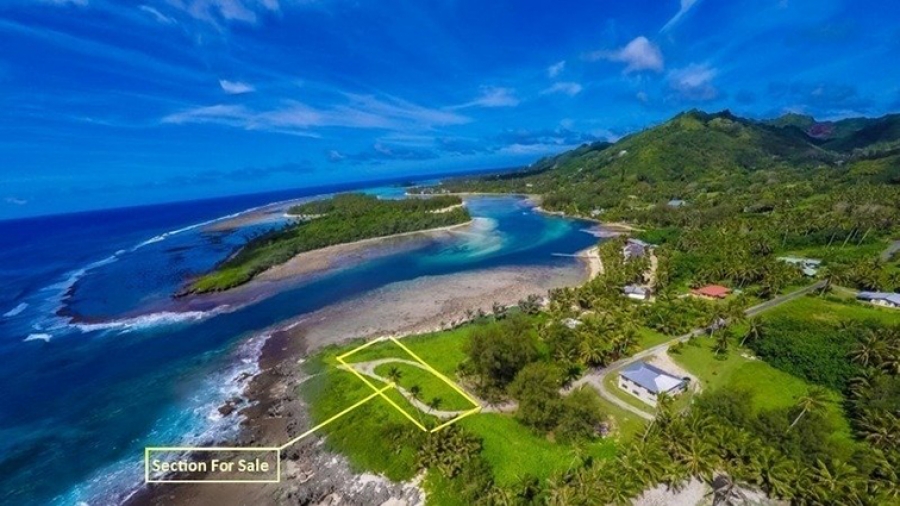 The proposed development of a site at Avana is being met with resistance from concerned locals. PHOTO: Supplied. 18071152

A petition opposing the proposed development of a site at Avana is gaining traction, with over 400 people signing it within a day.

The site marked for construction is on the northern side of the Avana Harbour entrance. It is well-known for its accessibility to the reef and is popular with fishermen and other recreational marine users. Although there are no plans to restrict access, many fear the effects the development could bring.

The site is recognised for the scared relationship it shares in connection to the first vaka that passed through the Cook Islands, the koiti taukura (fiddler crabs), as well as the moi fish that are native to the area.

“Being from Ngati Vaikai-Kainuku and spending a lot of my free time there due to the water holes, I was deeply saddened to even think of the loss of such a landmark” says Elsie Hosking, who began the petition.

Protestors are also in the process of drafting submissions which will be made to the National Environment Service (NES) and the Rarotonga Environment Authority (REA). The organisers hope other concerned members of the public will also take the time to write submissions. They are now drafting templates of letters that can be easily filled out by those wishing to make written submissions.

“I’m writing a submission at the moment and am concentrating on a lot of factors,” says Te Ipukarea Society (TIS) officer Liam Kokaua.

Vaerota marae is adjacent to the site and Kokaua says the construction of the proposed residential dwelling will “detract from the mana of the marae”.

“Marae gain mana from the views they have” says Kokaua.

“With this particular marae being built next to the ocean, I believe it gains its mana from its view of the ocean. If the building goes ahead, then mana will be lost.”

The proposed development would see the construction of a coastal protection wall made out of gabion baskets filled with rocks. The wall will be built along the western, eastern, and northern foreshore boundaries of the area.

At a later stage, it is proposed a small residential dwelling will also be constructed. The dwelling can be one or two storeys high.

“Everyone’s against it (the development) because it’s such a spiritual place. A lot of people have very fond memories there” says Kokaua.

“As well as fishing, it’s also used by people to bathe wounds – some leave their medicine to soak in the pools.”

“We hope to stop construction in this area and make it a world heritage site due to its cultural significance.

“I would love that area to stay in its natural untouched form for the future generations” says Hosking.

Cook Islands Voyaging Society (CIVS) secretary Cecile Marten says she would like to see the site be developed into a reserve.

“It would be amazing to build a star compass there like they have done in Napier… I have been talking to Piripi Smith about doing one similar here since February” says Marten.

“The sun comes up at the mouth of Te Ava Tapu so it would be a fitting location for Cook Islands first star compass.”