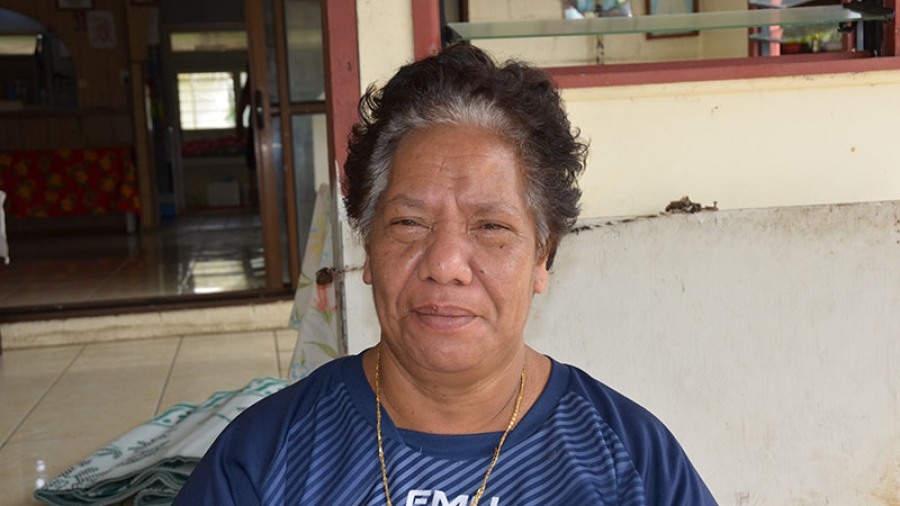 Turia Taneao is against the compulsory helmets for all law. 20052804

Pulled over by the police at a check point, 55-year-old Turia Taneao said the officer reminded her of the compulsory helmet law that will come into effect in late June.

She disagreed. She thinks the law should revert back to what it used to be, compulsory for drivers up to the age of 25 years.

“I’m asthmatic and I can’t stand to have my head enclosed in a helmet,” she said. “I tried one on and I felt faint.

“Why are these people saying we should wear it and who are they, tell those kids who didn’t wear one and got away with it, and still get away with it today.

“Oh never mind about our elderly papa and mama who don’t have accidents, who drive slowly and don’t drive late at night, and go to church.”

New figures, released yesterday by Police, show there were 26 deaths on Cook Islands roads over the past five years, and all but one were on motorbikes. Of those, 24 were not wearing a helmet, and one was wearing a helmet unstrapped. Nobody died wearing a helmet.

Seventy-one-year old Tereapii Enua is also firmly against the new helmet law.
“Because of these young people who don’t listen, don’t care and ignored the law, now we are all being penalised – no ta ratou marokiakia e te akarongokore.”

Matavera MP Toti Tupa opposed the new helmet law, and instead proposed an amendment to the existing law, raising the mandatory helmet age from 25 to 35 years.

“I still believe the concern regarding motorbike accidents are caused by speeding and alcohol,” said Tupa.

A motorcycle rally to protest the helmet law will be staged through Avarua today, starting from the Constitution Park grounds opposite the Catholic Cathedral.

Organisor Moana Moeka'a says the rally will go ahead at midday, showers or shine.

“Please don’t rush to get there especially if it is wet on the road. And if you are under 25, then you will have to wear a helmet as that is still the law,” he said.