I am who? It is me, admits businessman 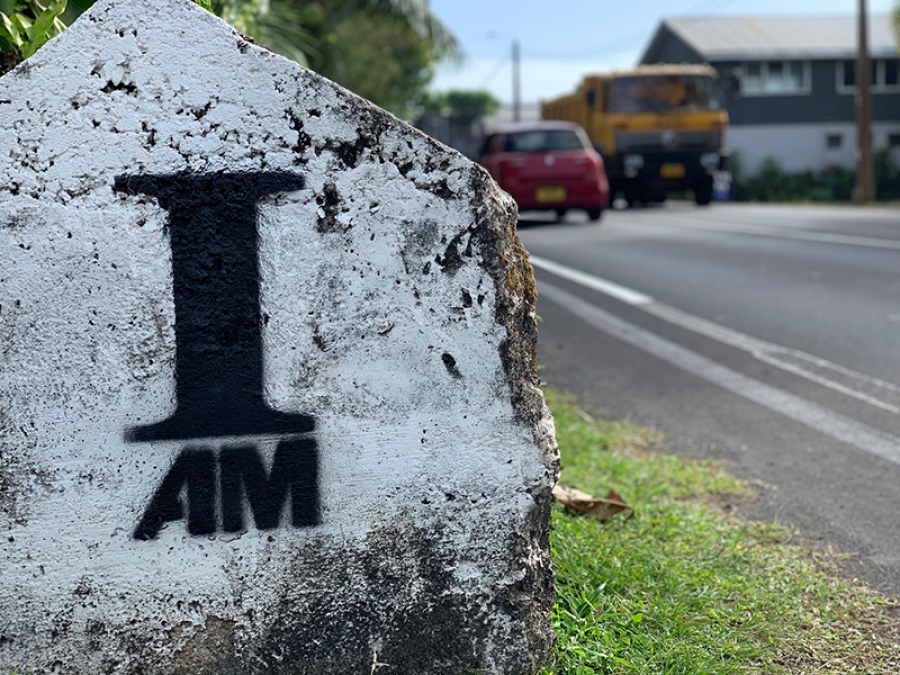 Katrina Tanirau investigates a whodunnit: the appearance of scores of Biblical messages in public places around Rarotonga.

It is recorded in the Gospel of John in the New Testament that “I am” or “It is I” was spoken mainly by Jesus Christ on seven occasions, in reference to himself.

During the past week, big, bold black and white billboards and large signs have been appearing around Rarotonga in Avarua township, Avatiu, Tupapa and Panama: “I AM,” they read.

Some add: “I am the Way and the Truth and the Life” and “I am the Vine” – both prominent scriptures from the Gospel of John.

However, the appearance of stencil art versions of “I AM” on power poles and concrete walls, some on private property on the main road in Tupapa and Avarua has some people claiming it is vandalism.

Social media is abuzz and mystery surrounded who was responsible for the signs and what they actually meant. Some people asked: “I am who?”

Businessman and church elder George Pitt at first didn’t want to admit that he was the mastermind behind the “I AM” concept, told Cook Islands News he had the logo made by a local graphic designer on behalf of the New Hope Church.

Pitt said it was a way of giving hope to the people of Rarotonga.

“I think the signs speak for themselves,” he said. “There are signs everywhere on the roadsides.”

He rejected claims the stencil art was an act of vandalism.

“Do people really believe that? I’m sorry if they do. Vandalism is an act of destruction and this is not destruction, it’s beautification, it adds value,” he said.

Pitt said all will be revealed and people’s questions will be answered at an official launch on Sunday August 2.

There were plans to produce merchandise and other apparel.

“I’m glad people are talking about it,” he said. “It gives them something else to focus on.”