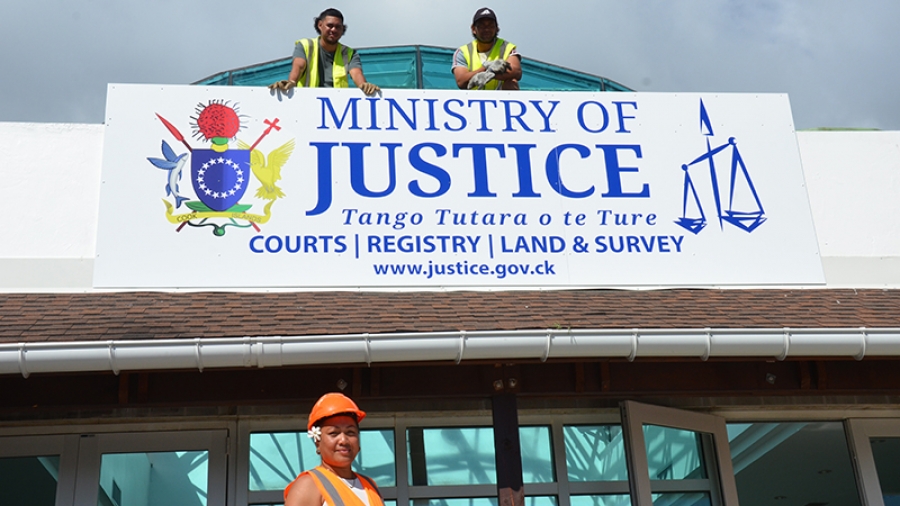 Elena Mataora with workers reseal the concrete roof area of the Courthouse. 20073135

Over the years, the Ministry of Justice building has experienced water leaks.

At present, Allan Cowan of Waterproofing Cook Islands is undertaking the task of sealing the concrete roof and replacing the deteriorated steel roof gutters.

Cowan said the protective finishing layer of the concrete work is expected to take three weeks, and fixing the roof gutters will take more time.

The leaks from the rooftop are the same issue faced be the Police building, which was also fixed a couple of years ago by Cowan, under the oversight of Elena Mataora from Cook Islands Investment Corporation properties division

Mataora is overseeing and coordinating the renovation works at the Justice building.

She said other renovations had begun earlier this year, including air-conditioning, interior and exterior painting, bathroom renovations, retiling Courtroom 1 and upgrading electrics and plumbing.

The cracks in the roof’s atrium glass and rusted steel framing in the building’s foyer will be attended to soon by a contractor, she said.

Renovations to the Police headquarters, the Ministry of Justice and the BSA Indoor Sports Arena were government’s construction repair priorities, Mataora said.