Friday 29 May 2020 | Written by Katrina Lintonbon | Published in Local 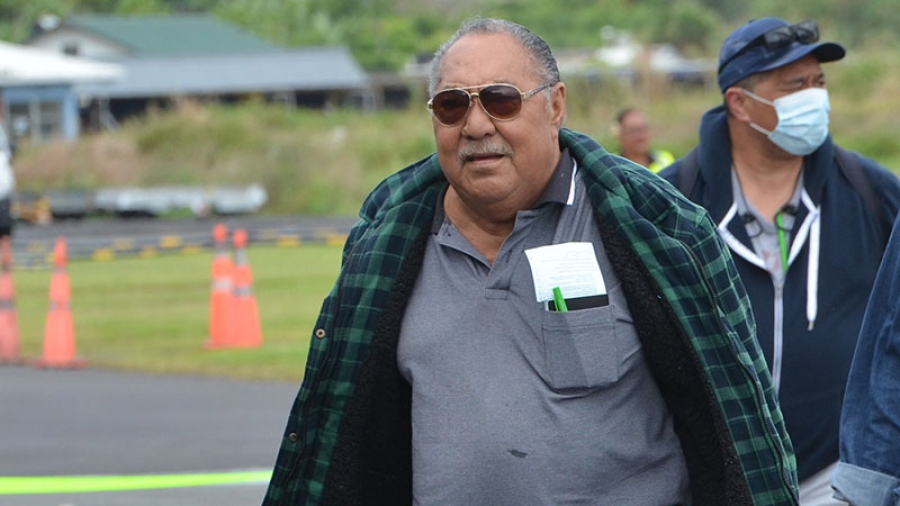 A proud Cook Islander and a man of kindness, who lived to inspire others and make a difference.

That’s how people who knew and loved Peri Vaevae Pare describe him.

Tributes are flowing for the former Cook Islands Cabinet Minister and MP for Matavera, after he passed away on Wednesday at the Edgewater Resort quarantine facility.

He was found unresponsive in his room after reports that he hadn’t been seen since the morning.

Papa Peri, as he was affectionately known, was part of the second group of 102 returning Cook Islanders and was due to leave the centre today.

He was a member of the Democratic Party and held the Health and Police portfolios.

His nephew Jarome Pare said Papa Peri lived by a saying, which will stick with him forever: “Life is a challenge, meet it! Life is a dream, realise it. Life is a game play it! Life is love, enjoy it.”

Pare said his uncle’s death was hard to come to terms with because they couldn’t be home in Rarotonga with him.

“You were a man living with great purpose and always on the go. I will forever cherish every moment spent with you especially those long talks when you would come round home on your work breaks,” he said.

“I would ask you to tell me stories about your time as a politician. You really did make a difference to our country.”

He also played a huge role in laying the foundations for Cook Islands music, said Pare, who is a well-known musician himself.

When his dad, Papa Peri’s younger brother Noo Pare would bring artists and musicians to Rarotonga to promote their cassettes, it was Papa Peri’s home in Matavera that would house everyone.

He and his wife would prepare their kaikai every day and all of those “musos” still talk about the kindness and generosity shown by him.

Papa Peri’s last message to his nephew when they went to lunch was to make a difference for Cook Islands people through his music.

He promised to try his best.

“Rest in love Uncle you have helped and inspired so many in your time here on Earth. I’m so honoured that you were the one that named me Jarome,” he said.

“My heart goes out to all my cousins in Rarotonga especially my kuz Alphonzo who’s at home right not. I’m sorry I can’t be there with you but know I’m thinking about you.”

Leader of the Opposition Tina Browne said on behalf of the Democratic Party and their entire family, they extended their deepest condolences to the kopu tangata of Papa Peri Vaevae Pare.

“He will be remembered by the many people he served, helped and who loved him.We mourn his passing as do many others whose lives he touched, Peri was a larger than life character and brought much pu ma’ana to the world,” she said.

“We extend our aroa nui to the family of Peri Vaevae Pare.