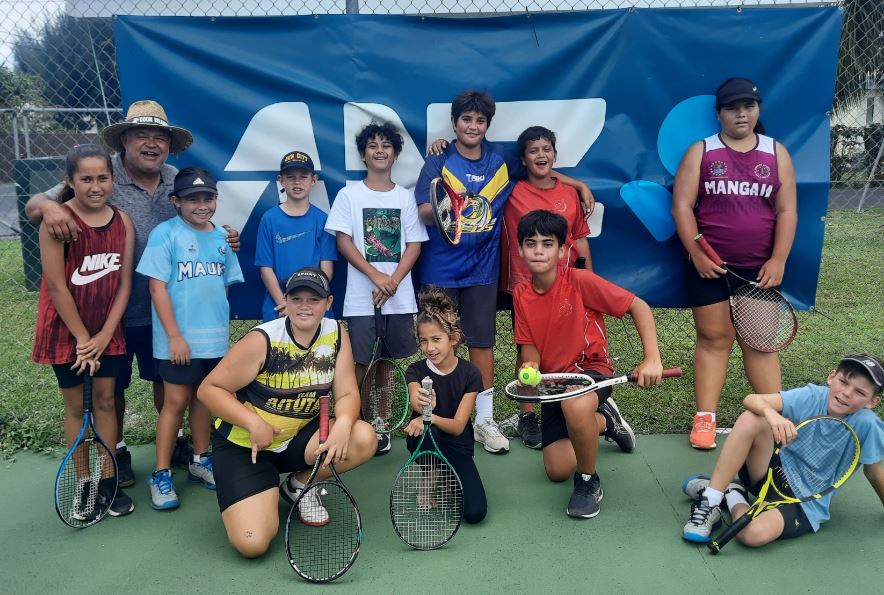 The ANZ Junior Tennis Stars Competition was held on Saturday with six 10 and under junior girls competing, and seven players who signed up for the 12U category.

The ANZ Junior Tennis Stars Competition was held on Saturday with six 10 and under junior girls competing, and seven players who signed up for the 12U category.

Tennis head coach Malcolm Kajer said: “It was a very entertaining day of tennis from our up-and-coming junior girls. Most of them were new to match play conditions and have come a long way since the beginning of the year where most of them could not play on a full-size tennis court and let alone serve.”

The tournament was played with green dot tennis balls that has 25 per cent lower compression allowing for easier rallies for the younger juniors.

All games were super tiebreakers where players had to win 10 points to take out the game.

The winner for the day was Aviarna Williams who went through the round robin draw unbeaten, and runner up went to Vaeiheana Roi.

“This was a wonderful experience for the young players and I’m looking forward to more matches in the near future for their development,” said Kajer.

Webb dominated this age group with Armani settling in for second placing, going down to Webb 10-6 in the super tiebreaker. Antonia Wearing and Maiata Matheson were the only two girls who signed up and were unfortunately quite unlucky in their last rounds by not taking their opportunities against the finalists.

“Anything can happen in super tiebreaker matches,” observed Kajer, who was very impressed with the young players.