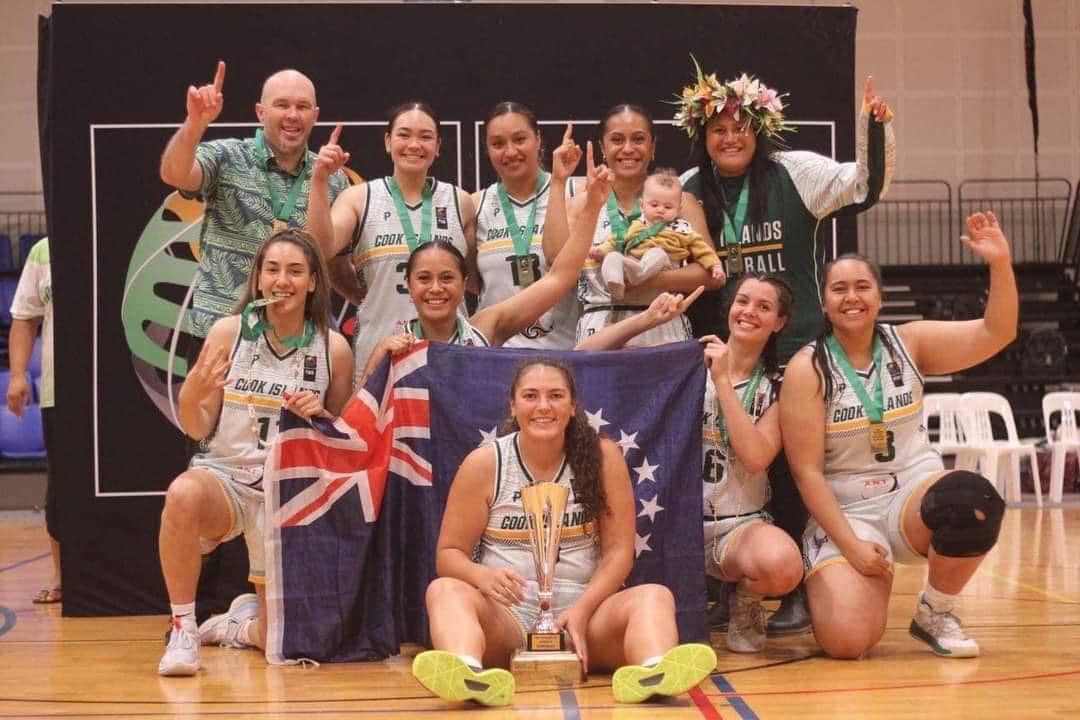 Cook Islands and Samoa have qualified for the Pacific Games 2023 following the FIBA Polynesian Cup 2022 in New Zealand last week.

In the first game of the day, Samoa defeated American Samoa, 83-58.

American Samoa sisters, Malia Nawahine and Valeria Nawahine-Tanuvasa were both outstanding in defeat racking up 42 points between them.  It wasn’t enough though with Samoa flexing their youthful dominance.

Loreighelle Joseph was prolific for Samoa in the third quarter to finish with 15 points with Sienna Tutani and Azaleeah Oloapu playing beyond their years to wrap up their tournaments on a high.  Samoa Captain, Malama Leaupepe stared once again with 37 points, 8 rebounds and 7 assists.

In a highly anticipated match, the Cook Islands took care of business against Tahiti 65-48 to earn their spot at the Pacific Games 2023.

In the final match, Tahiti were gallant with Herehau Teissier, Oceane Lefranc and captain Maea Lextreyt all digging deep, but it wasn’t enough up against the likes of Terai Sadler, Keziah Lewis, and Dre Whaanga-Ashin.

Cook Islands captain, Keziah Lewis said the girls were thrilled to go back-to-back and qualify once more for the Pacific Games.

“It has been a really good tournament for us, we came in thinking we would have more players, but overall, I’m so proud of our team,” Lewis said.

“Terai (Sadler) was pretty good for us, but as a team we all supported and contributed to how the tournament unfolded. Dre has been so valuable in defence; we had a lot of very tight game that came down to defence and she was the difference as one of our main defensive players on debut here.”

Cook Islands and Samoa both qualify for the Pacific Games 2023.