State of emergency declared on Tinian due to toxic fire 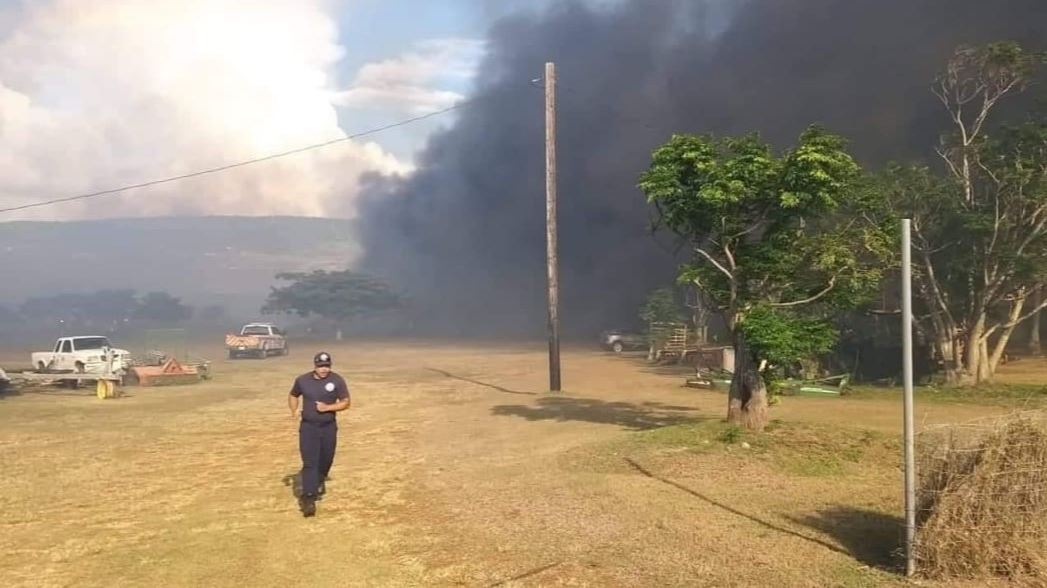 A major disaster and state of significant emergency has been declared for the island of Tinian in the Northern Marianas because of an out of control fire with toxic fumes.

On June 19, a grass fire started on Tinian and spread quickly and grew in intensity until it reached a location where waste and debris from Super Typhoon Yutu was being sorted and stored for disposal.

Much of the waste and debris stored at the site included "white goods" waste, e-waste, tyres, batteries and other debris that contains toxic chemicals which can be dangerous to human health.

While the fire on Tinian has been contained and extinguished, it has caused noxious smoke and fumes to drift throughout neighbouring residential areas, remaining a threat to residents' health.

Acting governor Jude Hofschneider, in consultation with the CNMI Homeland Security and Emergency Management Office and other agencies, believes that a declaration of major disaster and a state of significant emergency is warranted.

"This is an important issue that needs to be addressed immediately, to mitigate the effects of the incident and ensure the health and safety of the people of Tinian.

"I am in communication with Mayor Edwin Aldan to work to address this imminent concern. I commend the Tinian Department of Fire and Emergency Medical Services, Department of Public Safety, and all the agencies for their response to mitigate the fire," said Hofschneider.

To help combat the noxious smoke and fumes, he has authorised the Department of Finance Secretary David Atalig to be able to access, reprogramme, or transfer funds from accounts of executive branch departments and agencies, including autonomous or independent entities to fund the containment, mitigation, and remediation of the threat to the health and welfare of the people of Tinian.