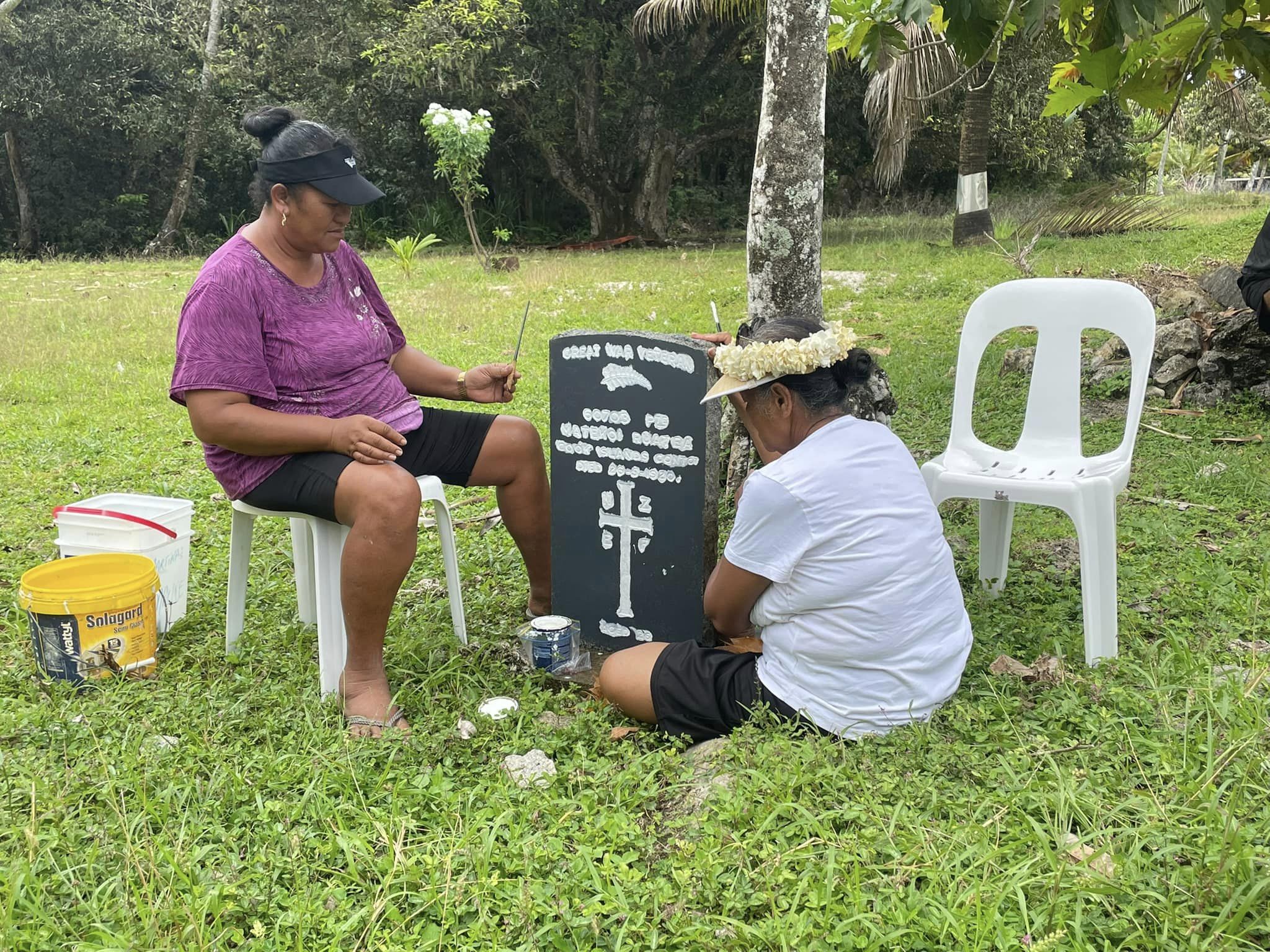 The burial sites of up to 23 Cook Islands World War I soldiers on the island of Mauke have been identified.

The successful mission was accomplished by the WWI Research Project team who recently completed their five-day search on the Southern Group island.

The team was led by Paula Paniani, the chief archivist at the National Archives of the Cook Islands, Australian cemetery and grave conservator Cate Walker and her husband Paul Morrissey, along with local television reporter and documentary producer Julie Taripo Shedden.

Walker said the Mauke community had been waiting patiently for their visit since their April 2020 research trip was cancelled due to the Covid-19 pandemic.

Jones assigned Vaeruarangi as their tour guide as she had already located the burial sites of many of the soldiers the team were searching for.

By the end of day two, Walker said 20 out of a possible 23 WWI soldiers’ graves and headstones were documented and tagged with GPS tracking system.

“A fantastic result achieved within 24 hours of the team’s arrival in Mauke. Over the following two days, the lettering to seven Cook Islands WWI soldiers’ granite headstones, and four private granite headstones were restored,” Walker added.

“This experience has given the Mauke ‘A Team’ the skills needed to continue on with this important preservation work into the future.”

On Thursday morning (November 17), the team visited Mauke School informing students, teachers and interested community members about their project and their continuing efforts to preserve this important history for future generations.

“The ‘Mauke Soldier Search Mission’ has been very successful due to the incredible help and involvement of the local community,” Walker added.

Julie Taripo Shedden from CITV will produce a documentary series “Finding our way back … to Mauke” early next year.

The team is expected to visit Mangaia in April 2023.