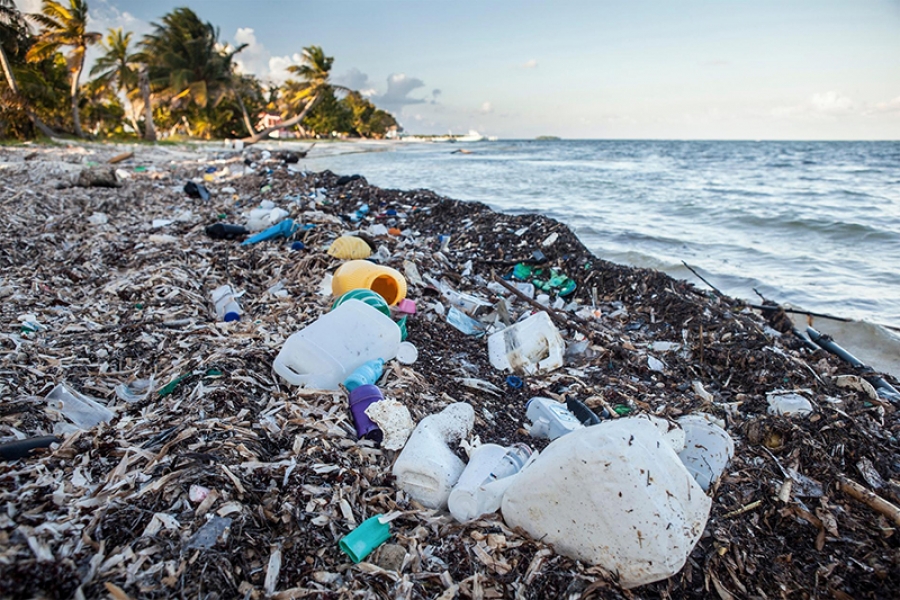 Plastic waste has become a huge problem in oceans all around the world. 18111323

There looks set to be a financial spinoff as Cook Islands prepares to tighten the reins on plastic use. Infrastructure Cook Islands (ICI) is calling on interest from depot operators and logistics services in an effort to manage recyclables and end of life products.

Interested companies, non-government organisations and individuals have been invited to join a panel of potential service providers for the roles which include receiving returned items from consumers, and providing land and sea transport, and processing services.

Cook Islands News contacted ICI for comment on Monday. Acting senior manager waste management Claytoncy Taurarii said she would respond on Tuesday. The newspaper did not receive any further response.

The calls on interest follow the release of a proposed “sustainable financing mechanism” or Advance Recovery and Disposal Fee Scheme (ARDFS) on Friday last week.

The system would see the addition of a fee and refund system to products upon import, to cover the costs of end of life management. That includes processing, shipping, equipment maintenance and replacement.

The refund is to attract separation and return while discouraging littering and burning, as set out by Infrastructure Cook Islands in its Towards A Life-Cycle Approach for Managing Waste document.

Infrastructure Cook Islands is developing a Solid and Hazardous Waste Bill, which is going through public consultation.

The Bill will merge existing legislation under the Environment Act and Public Health Act with the introduction on an import ban.

“Much of the issue is largely dealt with now in an ‘ambulance at the bottom of the cliff’ routine targeting consumer behaviour rather than preventing the problem in the first place.” Cook Islands, being a largely import country has little control over the manufacturing stage however, the country can prevent the problem by stopping certain products entering Rarotonga and of course, working with local industry to move to doing without certain packaging and moving to compostable, non-plastic packaging or reusable, refillable schemes, the post said.