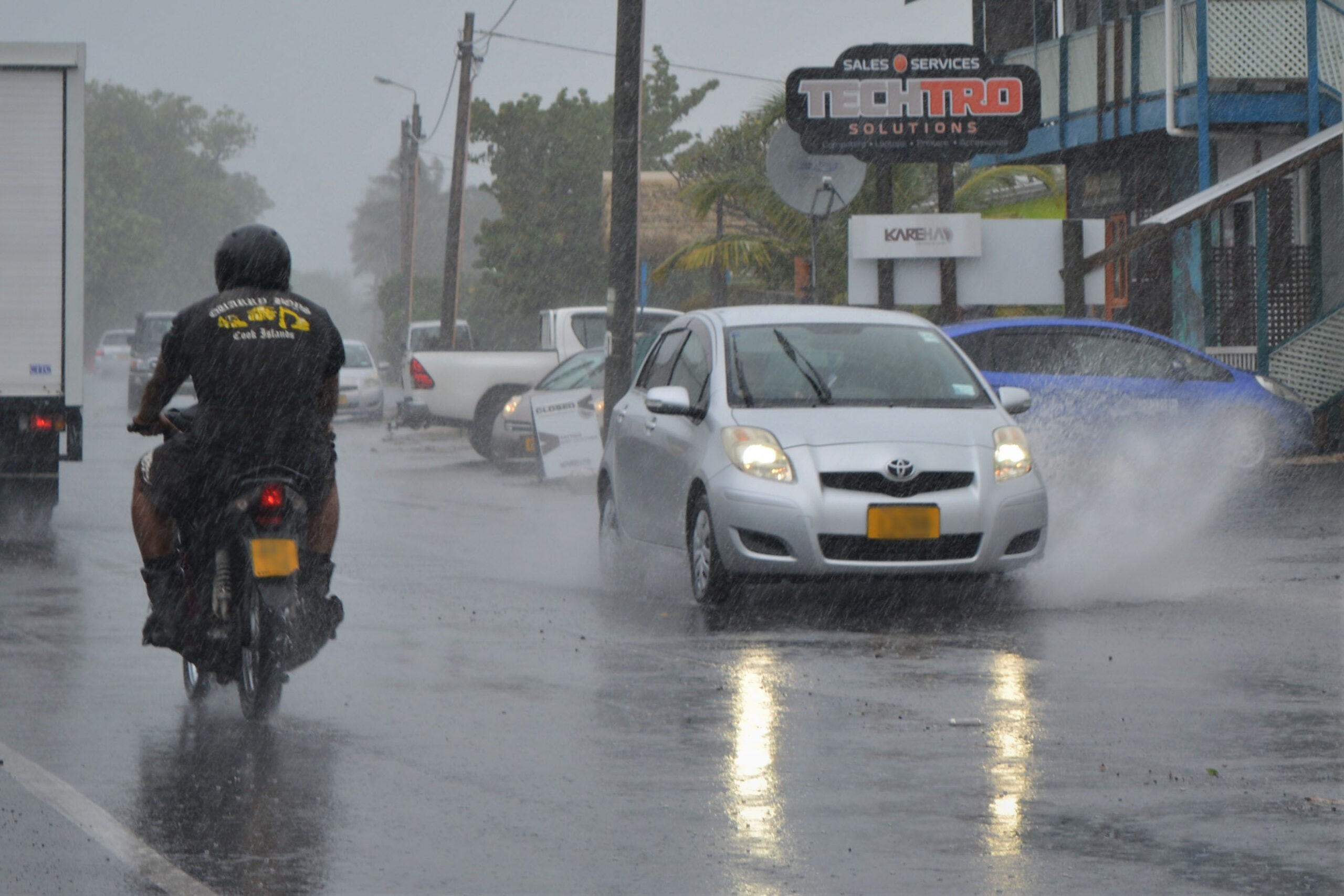 Almost the entire monthly average rainfall for Rarotonga came in the last two days bringing some relief to a dry October.

Over the weekend there was 50.8 millimetres of rainfall – 3.5mm was recorded on Saturday and 47.3mm on Sunday.

Cook Islands Meteorological Service director Arona Ngari said as of Monday morning 68.3mm of rain was recorded in Rarotonga. The figure is just over half the monthly average of 118mm.

Ngari said in the next few days there will be some passing showers but it will not be as significant as the rainfall over the last two days.

He said the end of this month and November is forecast to be dry and that people needed to conserve water.

Police spokesperson Trevor Pitt said there were no crashes reported during the heavy downpour but asked drivers to be mindful of the wet conditions.

“Wet weather means travelling at a safe distance from the vehicle in front and being alert to anyone who may be speeding.

“Keep to the speed limit and take care with visibility.”

Ngari said moderate swells due to a low pressure system had moved to the southwest of Rarotonga.

Cyclone season begins next month and Ngari said the risk of one is moderate in the Cook Islands.

“With the La Nina still there with the possibility of 1-2 cyclones for this coming season,” Ngari said.

“A full and detailed report (on upcoming cyclone season) will be released in the next few days.”