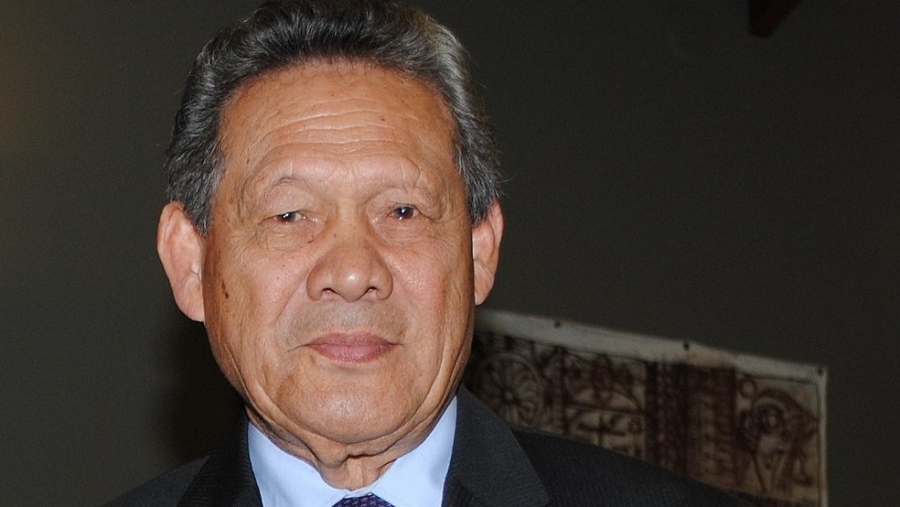 His medical practice was near the Americold cold store at the centre of the new community-transmission virus cluster in New Zealand.

The practice is used by many Auckland Cook Islanders, prompting concern about the risk to others in the community – and about the 41 people who were meant to be returning on this afternoon’s flight.

This set off an avalanche of fast-moving events between the two countries.

The Cook Islands Cabinet held an emergency meeting late last night, to decide whether to overrule health ministry Te Marae Ora advice and cancel the flight – but Air New Zealand’s executive beat them to it.

While Cabinet was still deliberating, Air NZ sent out messages to passengers cancelling their trip.

The Cook Islands and Air NZ decision-making was carried out under the shadow of the New Zealand Government indicating it might prevent passengers boarding.

Air NZ chief executive Greg Foran issued a statement shortly after midnight, Cook Islands time. After consultation with the New Zealand Ministry of Health, the airline had made the decision not to carry customers on today's Flight NZ946 from Auckland to Rarotonga, he said.

The service would still fly to Rarotonga carrying cargo, and the return service will carry customers (understood to include medical cases) into Auckland.

The decision was made not to carry passengers out of Auckland due to the city currently being at Alert Level 3, Foran said. “The Cook Islands has so far had no cases of Covid-19 and we want to make sure we are doing the right thing for both countries in terms of safety and wellbeing," he explained.

"That’s why we have taken the precautionary decision not to carry passengers out of Auckland on tomorrow’s service. We are contacting affected customers directly to let them know their options."

On 1 News last night, Pacific correspondent Barbara Dreaver reported that a distinguished Cook Islands doctor had been admitted to hospital with Covid, in what she described as “devastating” news for the Cook Islands community.

“The Cook Islands GP who’s currently in hospital is extremely respected,” she said.

One of the people infected with Covid-19 at Americold was also a Cook Islander, she said – which prompted concerns that the infection might have spread at the nearby medical clinic.

A Te Marae Ora spokesperson declined to comment on questions about Dr Williams, beyond saying it would be “unethical to talk about any individual who may contract Covid-19”.

She added: “The government will respect the privacy of whoever these people may be.”

Dr Williams, QSO, was born on Aitutaki and studied medicine at Otago and Hawai’i universities. He worked as a doctor in Cook Islands from 1964, before entering Parliament in 1968 as a Cook Islands Party MP.

He served as a member of the World Health Organization’s executive board from 1995 to 1997, then as Cook Islands Prime Minister from July to November 1999.

Earlier yesterday afternoon, acting on Te Marae Ora advice, the Cook Islands Government had given the green-light for Air New Zealand to bring its 41 passengers, travelling in 26 family groups, into Rarotonga.

But that decision unravelled rapidly last night. And at 10.35pm, the government announced that it was implementing a temporary total air border closure for inwards travel, effective from 11.59pm last night.

That continues through to Monday evening, after which the Cabinet is to review the decision.

The plan was that the 41 returning Cook Islanders would go straight into mandatory self-quarantine at their homes or other accommodation.

In the afternoon, Prime Minister Henry Puna said: “These are our families coming home. Let’s welcome them home and continue to demonstrate aroa to everyone.”

But there are now 48 active cases in New Zealand and Auckland’s lockdown was last night extended by 12 more days - and the accumulation of bad news forced a u-turn.

And in a terse statement announcing the border closure late last night, the Cook Islands Cabinet said: “The Cook Islands has noted with concern the re-emergence of COVID-19 in New Zealand over the past 48 hours.

“Preventing COVID-19 from entering this country remains a top priority for the Cook Islands Government, the announced temporary air border closure for inwards travel has been assessed by Cabinet as an appropriate response at this time, while the source and extent of spread in New Zealand is being determined.

“All affected passengers booked on the flight due to arrive in Rarotonga tomorrow are being notified directly, with Air New Zealand standing by to assist with booking amendments as required.”

Government is calling for a renewed and redoubled focus on personal hygiene and social distancing.

“It is in the interests of all of us to play by the rules to keep all of us safe,” Henry Puna said. “I know we have been feeling a little relaxed lately in our Covid-free paradise. But this disease has re-emerged in the New Zealand community.

“I’m asking us all to double our efforts to keep the coronavirus at bay. Step up our hygiene practices, maintain physical distances and avoid crowded places; and be kind to each other, remember we’re all in this together.”