Tuesday 12 May 2020 | Written by Katrina Lintonbon | Published in Environment 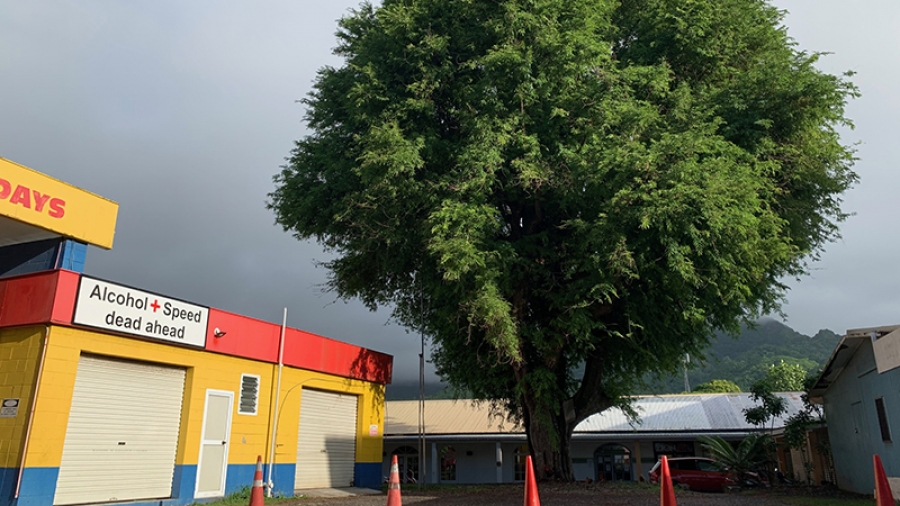 There is new opposition to big, old trees being cut down or pruned so brutally that they die.

Every time Jean Mason drives around Rarotonga, she feels a deep sense of grief for the trees she says are being hacked to death.

“It’s like losing dear old friends, some of these trees are over 150 years old,” she said.

She is so concerned about it that she placed a public notice advertisement in Cook Islands News, questioning why people would cut down trees planted by their ancestors. She reminded readers that cutting down trees sped up climate change.

This is not the first time the protection of trees has made headlines. In October 2012, a public protest was staged at Cooks Corner to save a 130-year-old tamarind tree from the chop.

The power of the people resulted in the tree being saved and it still stands proudly today.

Mason understands that trees need to be trimmed if they pose danger to the public, but can’t comprehend why trees get cut because of the “so-called mess” they create.

“Our ancestors planted those trees for our benefit and to beautify the land,” she said.

“It’s not as easy as just replanting these trees, like an utu tree that are going to take another 50 to 100 years to grow.”

Te Ipukarea Society technical director Kelvin Passfield said he was reluctant to comment about the cultural significance of certain trees in Rarotonga, but that there was a difference between trimming a tree and hacking at it.

If a professional arborist, like Baker Tree Services, was tasked with trimming the trees, not only do they know the species, but also the proper way to trim so it grows back properly.

“You can go and look at the iron wood trees in Matavera that were trimmed right back a couple of years ago, you wouldn’t even know that they had been trimmed if you look at them now,” he said.

From an environmental point of view, Passfield said he was more concerned about disposal of the branches.

A lot of the time, they were piled up and when dry enough, burnt, he said.

“This creates issues as far as smoke emissions and climate change, but as far as I’m concerned it’s a waste of a valuable resource,” he said.

“They could be turned into mulch and used in the garden feeding nutrients back into the soil or used for carving.”

Tupapa Maraerenga MP George Angene, who has led the charge to clear tree branches because of safety concerns for motorists, said he would like to sit down and talk with Mason or anyone else who is concerned.

“I’m trimming the branches for the safety of the people, not cutting down the trees.”