A Star is Born a heart-warming journey 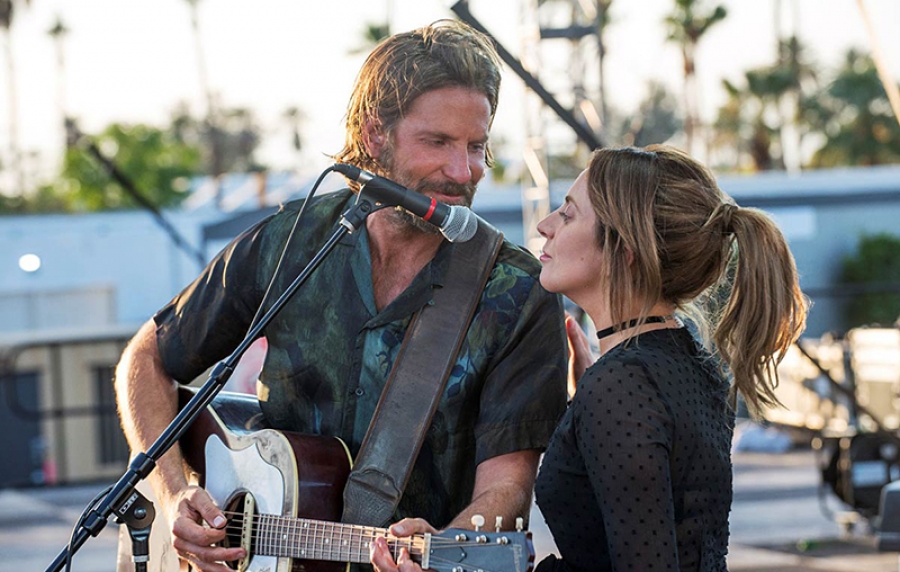 Bradley Cooper and Lady Gaga play the lead roles in A Star is Born which is screening at the Empire Cinema. 18101918

There was silence when the post credits for the movie A Star is Born started rolling on the screen.

Surprisingly, there was nothing strange about it. This silence seemed to speak loudly – in the emotional sense, that is.

There was a clear sense of satisfaction among the small crowd that came to the premiere of the movie at the Empire Cinema.

Hardly anyone moved a muscle. This wasn’t a DC or Marvel flick where you expect some post-credit action as indication to a sequel or prequel.

I walked out first. A gentleman who followed next passed by and quipped: “it wasn’t that bad aye?”

I agreed. In fact, I thought, A Star is Born was pretty good.

Seasoned musician Jackson Maine (Bradley Cooper) sings for stardom. He is a fading country star who has lost purpose in life to alcohol and drugs.

Then he meets Ally (Lady Gaga), a struggling artist who has given up her dream of making it big in the music industry. She works as a waitress and during the evenings, sings at a drag bar.

In Ally, Jackson’s heart finds a new beat and his life a new cause. He falls in love with Ally and persuades her to pursue her dream of becoming a singer, and eventually giving her the break in one of his concerts.

Soon Ally becomes a star and her singing career takes off. Jackson remains close to her, sometimes sober, but mostly drunk and stoned.

Despite his best to turn a new leaf in life, Jackson falls back to his addiction. His relationship with Ally and their future together is at stake.

A Star is Born has been made several times since the original movie of same name in 1937 which was loosely based on the 1932 film, What Price Hollywood?

There is also a Bollywood remake of this movie which took the Indian film industry by storm some years back. That’s the only other A Star is Born I have watched. There is a bit of twist in the story to suit the different audiences, but the soul of the movie remains the same.

Debutant director Bradley Cooper’s precise job in his version of A Star is Born breathes fresh air into this classic Hollywood story. The spin that he gives to the original story to keep it trendy in today’s cinema while not losing the touch of the highly acclaimed predecessors, is a work of genius.

Cooper’s slick direction captivates the emotion that he wants to portray on the screen. He ensures the story is expressive and engaging to the audience.

He also delivers a performance deserving of an Oscar nomination. His portrayal of a broken star fighting alcohol and drug addiction is outstanding.

Playing Jackson or a similar character who has been portrayed so beautifully in other remakes – as well as the original, is no easy feat.

But Cooper lives the character, maybe inspired by his own reputation as a movie star, and aces it.

Lady Gaga is a revelation as Ally. There is no denying that she is one of the most talented singers in the music industry but her emotionally-charged portrayal of a struggling singer is simply outstanding.

A Star is Born is like a fine wine. The older it gets the better it becomes. No matter how many times this movie is remade, the essence of love and sacrifice remains the same. Go get a sip - you will surely go home (emotionally) intoxicated.