Jonathan Milne: The good, the bad and the ugly news 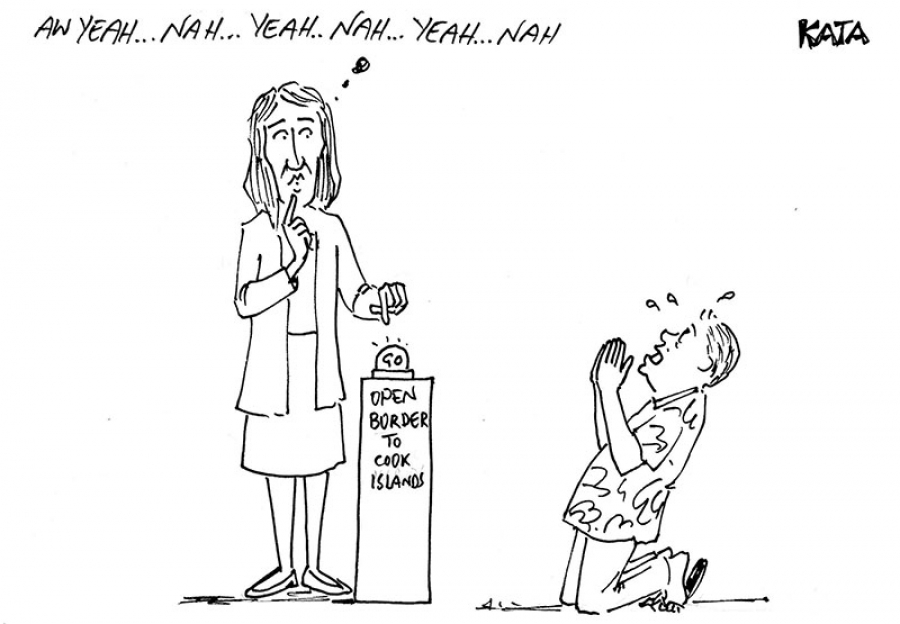 The good news was, she’d enjoyed a lovely 40th birthday at the weekend, with a birthday cake and a pile of Cabinet papers to read.

Those Cabinet papers included advice on a timeframe for a quarantine-free air-bridge to the Realm countries, especially Cook Islands and Niue.

The bad news was, her New Zealand Cabinet again delayed a decision on the air-bridge.

“Obviously Cook Islands have expressed that they’re very keen,” she said last night. “Niue I think have some of their own considerations around when it might be likely for them.”

Although Air New Zealand might be ready to release flight schedules, she said, that didn’t mean they were ready to start tourist flights to and from the islands.

“And it’s not just about Air NZ, it’s about what happens in the airports as well. That’s one of the most important considerations.

“If you pass through an airport presently there is every chance that you could come in contact with transiting passengers who have come in from high-risk countries.

“So there’s quite a bit of work that needs to be done to guarantee absolute separation of those passengers, both going out, departing to Realm countries, and coming in. And that is critical, we’ve got to get that right.”

She dismissed any suggestion there has been a hold-up in reopening the border with Realm countries. “We’re being rigorous and making sure that we get all of the details rights. This needs to include intricate planning.

“Remember that this would mean quarantine-free travel – we don’t take that likely. Particularly when we’re engaging with countries who have particular vulnerabilities. We do not want to be responsible for anything going wrong.”

And there was worse news still to come: she was confident the Government had time before September’s election to pass a law that charged New Zealand passport-holders for the cost of their quarantine or managed-isolation, if they flew into New Zealand. This includes Cook Islanders.

The Government has been openly mulling the question, as voter distaste for the returning Kiwis has mounted, with a Cabinet paper in circulation suggesting a $3000 adult fee – around three quarters of the average per-person cost.

“When it comes to charging regime we have always indicated that it is something that would require legislative footing, so it is not something that is going to be done at a quick pace, it needs to be done right.”

It’s understood there are serious legal hurdles stymying a charge, as New Zealanders have a right to enter the country without a legal barrier.

A group of expats have launched a campaign against such a charge, arguing it would infringe on the rights of New Zealanders abroad and would disproportionately hurt poorer Kiwis.

“Our focus is on making sure that when those individuals come home they can do so safely and without Covid entering our community,” Ardern said.

Only New Zealand citizens or residents are allowed into the country, save for a tiny sliver of essential workers. All need to complete two weeks of managed isolation or quarantine in a Government-run hotel, with two negative test results around day 3 and 12. – Jonathan Milne and Stuff.co.nz