Women struggle in far corners of the south Pacific 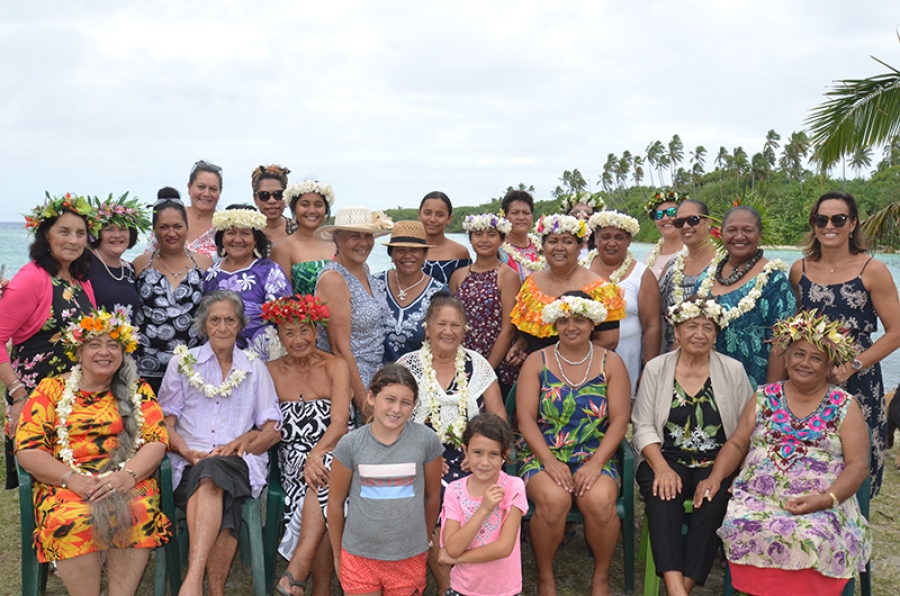 Taputu Mariri (middle row 4th from left) at one of the celebrations on International Women's day. 20022606.

Women and girls are make up half the population – but women’s organisations get only 1 per cent of grant funding.

Taputu Mariri will never tire of working to empowering women, and giving them an opportunity to enhance their lives. But it can be a lonely battle.

The National Council of Women coordinator for nearly 10 years, she says they are always looking for more funds to bring their dreams to reality.

“For us we like to focus more on the women in the Pa Enua, to initiate income-earning activities to help sustain and improve their living standards.”

Women’s organisations are tirelessly working to improve gender equality, empower and strengthen the livelihoods of women in the country – but with very little backing.

A new study finds that less than 1 per cent of grant funding to the Pacific is directed to women and girls – even though they make up more than half the population.

At present, the National Council of Women relies on Internal Affairs’ social impact fund for much of their work. They have applied for funds through other agencies, but “our projects are not what the donors have earmarked their money for,” says Mariri ruefully.

“We do need more funding, there are a lot more projects we can do in the Pa Enua.”

Down the road in Pupapa, women’s counselling organisation Punanga Tauturu Inc is fighting the same battle. Coordinator Rebeka Buchanan says that apart from the social impact fund, their only significant aid is from the Pacific Women’s network. That is also delivered through Internal Affairs, and is used for legal aid.

This usually involves child maintenance, access and custody orders in regards to children whose parents are involved in domestic violence and or relationship break ups through a court order, said Buchanan.

There are donor funds out there, she adds, and processes and procedures in place to access them.

The new study, commissioned by the Fiji Women’s Fund and the Urgent Action Fund for Women’s Human Rights (Asia and Pacific), reports that globally, funders are increasing their investment in gender equality and women’s empowerment.

But in the Pacific, funding has stagnated over recent years.

“Small and unregistered women’s groups or collectives are among the most marginalised,” says Michelle Reddy, the Fiji Women’s Fund manager.

“On the other hand, bigger feminist groups often struggle to stay afloat, as it requires continuous mobilising of resources to ensure adequate funding for their programmes and partners. In short, it is an unjust system perpetuated by an unequal playing field.”

The report finds that women’s rights are challenged all over the world, but women living in the Pacific face overlapping challenges that can make them all but invisible to the rest of the world.

· Women and girls living with a disability are more likely to experience sexual or physical violence;

· Lesbian, bisexual, transgender, queer and intersex people face criminalising laws and threats to their dignity from institutions and individuals

· Obtaining working capital or technical assistance for women-led businesses is hampered when living outside major cities.

The study is based on interviews with more than 40 stakeholders from international funders to women’s organisations.