Who polices the Police? 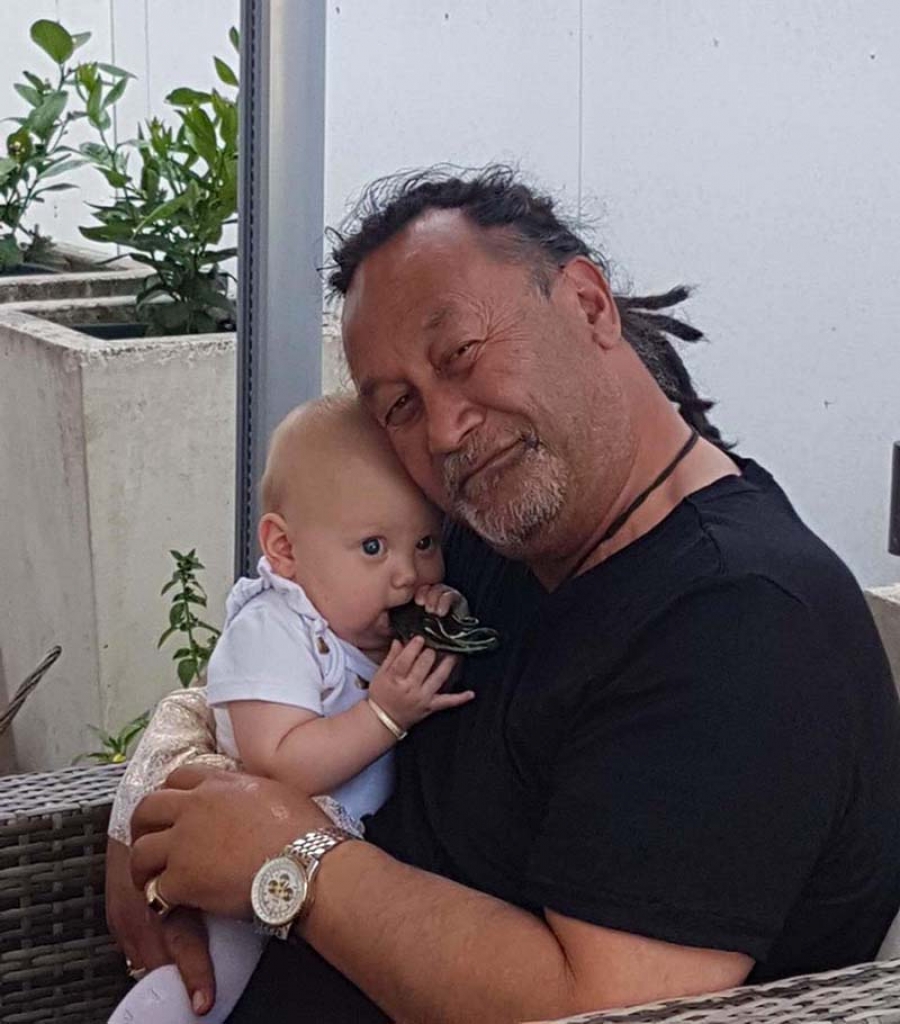 Love, affection and education starts at home and spreads within our community says John Makuru as he holds Indie-jade, one of five grandchildren. 20060523

When Police charged John Makuru over a crash that he says wasn’t his fault, he saw red. Now the former NZ Police officer is setting up a private investigation business to second-guess their prosecutions.

When he first signed up, John Makuru was asked why he wanted to join the New Zealand Police Force? He had the same answer every time: “I wanted to make a difference.”

Back then he was known as Mark Smith, or just officer badge #7401.

He didn’t realise until many years later what his words really meant: “If I can make a positive difference to one person’s life who is struggling then I’ve achieved what I was set to do.”

Now he finds himself facing a criminal charge in Cook Islands, and at odds with the Police Service here – the same officers he once regarded as brothers.

He complains that they have failed in their job investigating a car crash he was involved in – and that it’s a reflection of their poor pay and poor training.

He believes that wearing a uniform does not make a police officer.

“Having the knowledge of your job, being consistent, following the Police Acts and laws, educating people, having empathy, integrity, warmth, good communication both written and oral, having good role models and experience and training, with the addition of having respect for yourself – that’s what I believe makes a police man or woman.”

Makuru was born in Christchurch, New Zealand and his biological mother was a Cook Islander, late mama Tuaine-Kore-O-Nga-Tamariki-a Makuru.

He was adopted out at birth to a New Zealand family, and brought brought up in the South Island where he finished school and joined the New Zealand Police in 1980.

“The police wasn’t my choice, but for some reason the school career advisor kept giving me pamphlets to join the police, so I though oh well! Let’s see what it’s like.

“And in January 1980, I found myself on a plane flying to Wellington to start training in Trentham for 12 months.”

He has worked in New Zealand and overseas on special operation and spent a large part of his career in the Criminal Investigation Branch and security intelligence services until sadly contracting Hodgkin disease and then retiring after two years of chemo.

Makuru says the Police is a good career but a tough one.

It wasn’t until 2009 that he found his mum. “We came back to the island many times together as she had not been home for 45 years,” he says.

He moved back to Rarotonga a few years ago and has again taken his family name – a decision that left him open to an unexpected attack.

Makuru was leaving Charlie’s Bar in Titikaveka, and making a three-point turn to take a friend into town, when a motorbike driver smashed into his car window with the handlebars of the bike, breaking the side driver’s window and the front screen.

He says he was the sober driver. He refused to be breath-tested, so police charged him with refusing a test. His case has been before the court for more than a year, waiting on police to review his case.

Makuru, who struggles with a heart condition, said police locked him in the police cells on the night of the accident, and refused him his medicines. There was no mattress and was not visited through the night even after explaining his heart conditions.

He ended up in Rarotonga Hospital for three days after that, suffering severe headaches, before being sent to New Zealand for a CT scan.

Police did not try to go back to the scene of the accident and when asked why no scene report was completed for an accident involving an injury, the arresting officers said they didn’t do that here.

He ended up doing his own site examination for the courts to view.

He’s told that story in court – but it was when he told it in Cook Islands News that he faced a backlash.

Police Commissioner Maara Tetava wrote to the newspaper this week, saying: “One John Makuru has no employment record with the New Zealand Police. His claim to be an ‘ex-cop’ is therefore challenged and ought to be clarified by him as to the misrepresentation made publicly by your newspaper.”

Makuru was already angry at Cook Islands Police Service for failing to inspect the scene of his crash, for his treatment in the cells, and for the protracted delays to his prosecution. The letter from Tetava infuriated him.

He says he is considering suing for defamation. He has provided Cook Islands News with details of his NZ Police service; the newspaper has also interviewed retired All Blacks forward coach Mike Cron, who confirms he served with Makuru and the two remain friends.

“I can certainly confirm that Mark Smith as I knew him then was a policeman in New Zealand,” Cron said. “He was for a period of time stationed in Christchurch where I was in the police from 1973-1996.”

Moreover, the response from police has spurred Makuru into action: a former officer with the Criminal Investigations Bureau, he now plans to set up a private investigations team in Rarotonga – where he looks likely to be a thorn in the side of police.

He says too many young people are charged with criminal offences on the strength of sloppy police work; he and the defence lawyers he is working with will advise them against being pressured into pleading guilty, until he has independently investigated their cases.

“The Police Service here needs to have a really close look at itself and the professional role it carries. Respect is not the right of the uniform. It is earned,” he says. “Letting one person off because they are family or the son of a respected leader, and not another, does not earn you respect.”

Makuru said there were many former Police officers here who would love to help develop strategies and training, but too many within the organisation were “afraid of change”.

He says young police are not equipped for the job – and it’s not their fault, it’s the lack of training.

“No child is born a brain surgeon a mechanic, a teacher. That is a choice they make or are guided to make by their peers, parents, leaders. Cook Island youth though have a major disadvantage being the cost of tertiary education or even being a realistic topic talked about around a dinner table. Youth to adulthood is a tough transition and even harder to achieve within the corporate and professional world.”

Cook Islands Police, for their part, now seem willing to accept that Makuru was indeed a police officer – after being told his badge number and service details.

Spokesperson Trevor Pitt said he would advise the Commissioner. “But the point was made that one ‘John Makuru’ had no record as a cop. If he has clarified, well that had also been sought.

“Charges still apply, so those answers are to the court,” he added.

They reject wider questions about their training, competence and integrity – saying some of the delays of to Makuru’s case were his fault, not the fault of Police. They are ready to go to trial on July 7.

“The defendant in this case is, and has been, facing charges related to the motor vehicle crash incident of last year,” the Police Commissioner had said. “All other criticisms are a clutch-all grab for attention, which the Police will not debate while the court case is pending.”

And Trevor Pitt says: “Our officers are trained to meet and respond to all the demands peculiar to our society, a Polynesian culture not associated with violent behaviour. They are trained to defuse situations, rather than aggravate or exacerbate conflict.

“It’s unfortunate that certain people in our country only view the authority of the police through a prism of personal gripes, and not appreciate the big picture of what they must endure every day.

“Any incidents involving complaints or allegations against officers are taken seriously. These are assessed, considered and referred to the Commissioner for actioning. There is a procedure of investigating the professional standards of officers, which can also involve peer review or panel review.”

The Commissioner of Police stands very firm on the professional conduct of his officers. “They are, after all, sworn to uphold an Oath. They are held to it by the Commissioner and are regularly reminded about proper conduct and practices and procedures, in staff meetings. He does not tolerate excuses or lapses in behaviour by officers, who will be held to account for their actions if need be.”

The Commissioner also takes an active role and interest in all aspects of training.

“The Service is well-trained despite the perception generated by a few. Our officers are trained by senior staff, who are specialised in their fields.”

They are internationally-qualified trainers, for military level physicals, IT, forensics, firearms, investigations, and tactical operations.

“There is a strong emphasis on preventative policing under the current Prevention Operations Module. That means our officers are geared towards being proactive.”

Many may make fun of police officers or pounce on one questionable instance, he says, but the pressures that officers face would shock many of the critics.