The historic fishing club where most people don’t fish 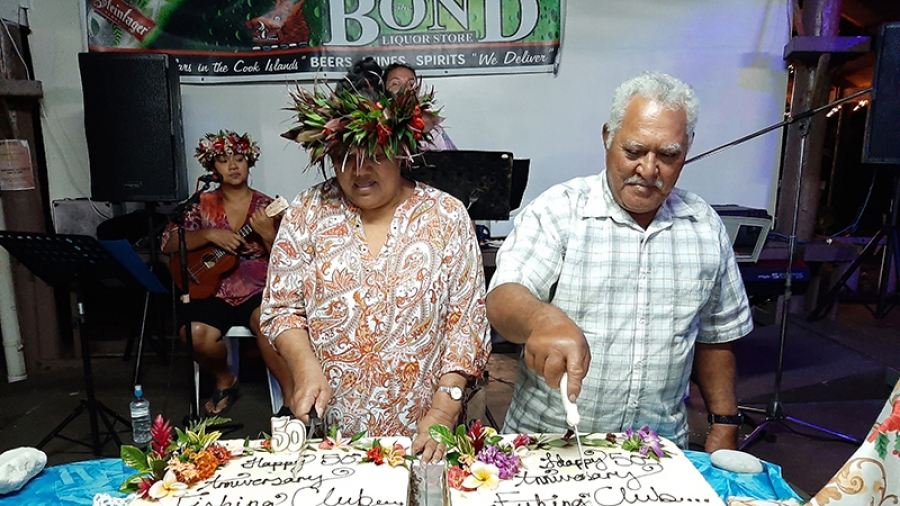 Cook Islands Game Fishing Club has made the headlines a few times with the big fish weighed in there – but to its members, it’s not about the contest but about the community.

Phil “Ipa” Urlich has been a member of the Cook Islands Game Fishing Club since 1980. Back then, it was located at the residence of John Best, next door to where the club stands today.

The renovations and work on the property were done through the hard work of members.

The late Murray Wilson led the team who renovated the bar, the late Ari Mustonen erected the weigh station that is now so familiar in photos in the newspaper.

Papa Dick Marsters built the original deck and dug the six-to-eight-foot deep holes for the posts by hand.

Today, the club boasts a membership of about 300.

“It is a unique club,” Urlich laughs, “with more members who don’t fish, than actual fisherman.”

During the Covid-19 shutdown of businesses on the island, bar manager Sharon William discovered old papers tucked away in the library – including a minute book that details the origins of the club.

In 1983, Rouru Quarter was the club president. At the time women were not allowed to join as full financial members – this membership was for fishermen only or those with a registered boat.

That same year a visitor from New Zealand, the owner of the Are Puhoi bar in Puhoi, donated $5,000 to the women of the club to build a deck.

Quarter supported the women, who were able to become full members. The deck area is named “Are Puhoi”.

Over the years, the Cook Islands Game Fishing Club has boasted famous guests, and sometimes made world headlines. Just last year, Cameron Thorp and Brendan Gardiner manoeuvred Thorp’s little homemade boat onto its trailer at Avatiu wharf, with a marlin lying the length of the boat.

They had just fought the battle of their lives this weekend; then they had a mad race to the weighing station at the Game Fishing Club.

The two had been competing in the Don Beer Memorial fishing competition, when they hooked a marlin on a Shimano Tiagra 80w reel with a 60kg line. “We fought it for about 3 hours,” Throp said. “It took another two hours planing the fish up.”

It was getting dark by the time they hoisted it up at the Game Fishing Club weight station: 1041 pounds (472.6 kg) of pure muscle. It was the first “Grander” – a fish weighing in over 1,000 pounds – caught on rod and reel anywhere in the world last year.

Current President Apii William is proud and honoured to acknowledge the past members of the club who initiated and established the organisation.

“These are people who made the commitment and contributed to the club that continues to thrive today,” William says.

“Also to the landowners we give our thanks and appreciation for the lease of your precious land.”

William noted long serving members: Peter Etches, who was secretary and treasurer from 1971, a position he held for 20 years. He is one of the few surviving early members.

Phil Urlich has been the treasurer for many years and is the current patron; Chris Vaile, who also donated the pool table that is still used today; George Ellis for many years of service; Rere Wildin for her dedication and time as a member and service as bar manager; Don Beer Jr for his involvement and support of the club.

Maru Best for her support and one of the first female weighmasters, Papa Dick Marsters as longest standing president, and Vakatini Ariki for support as a former patron.