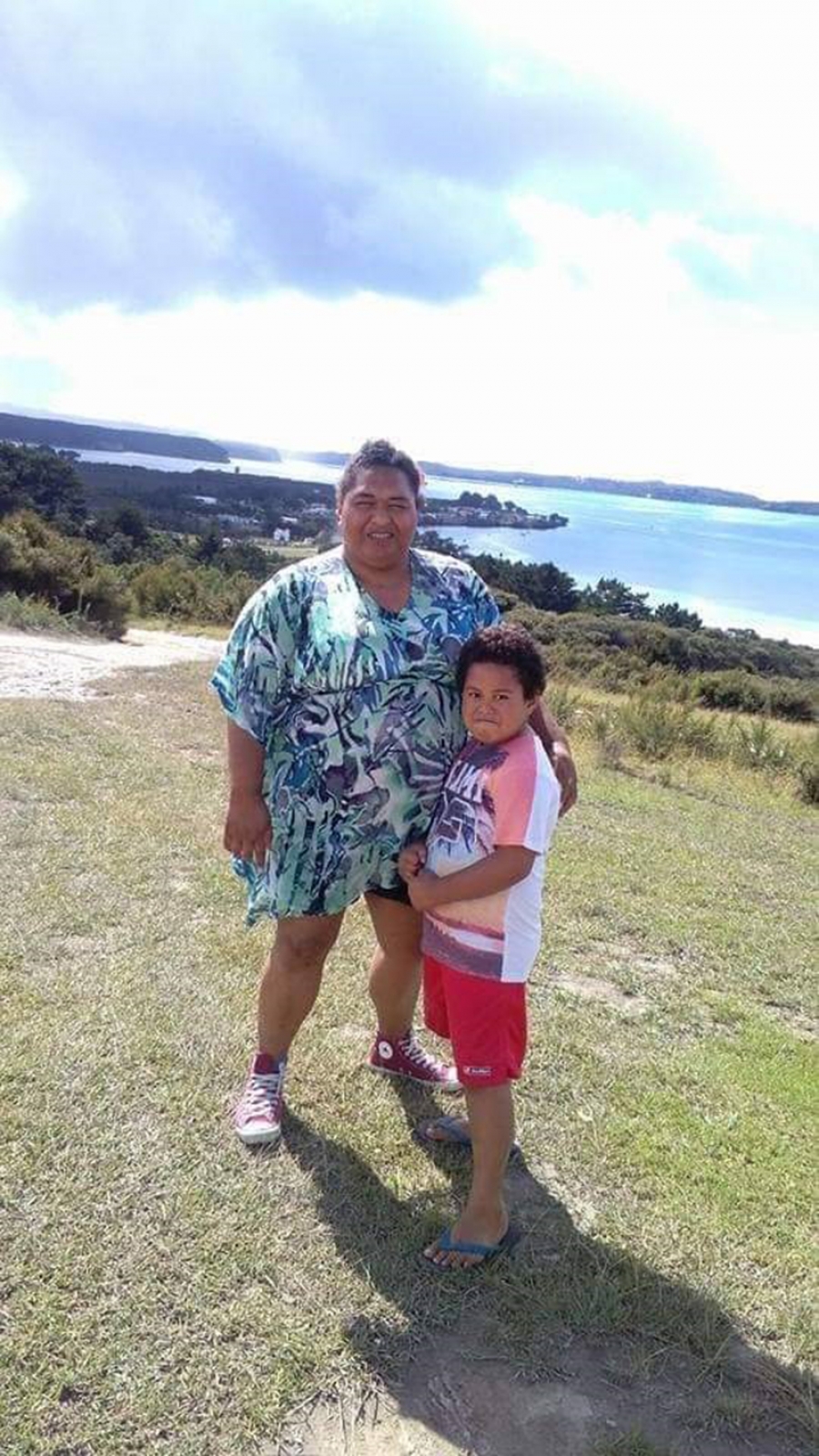 Nine-year-old Scorpfield Wichman Anthony was killed by his grandfather. He has never before been named. At the request of his mother, we now give him a voice. This is how she wants her boy to be remembered.

Joan Anthony discovered her father’s public quest for redemption in the matter of her nine-year-old son’s death by reading Cook Islands News online.

She refers to Ngaakitai Taria Pureariki as her father, because he is, though he left her and her mother when she was young.

When she sent her only child to stay with him in 2017, she felt she was making a decision that communicated forgiveness and compassion.

She wanted her son to bond with his grandfather, a repository of cultural knowledge and owner of a successful tour business on Aitutaki.

As for Ngaa, he wanted to make up for the years he wasn’t there.

Five months later, Joan’s son died. Ngaa was imprisoned for the sustained abuse and manslaughter of the child.

From Auckland this week, Joan read Ngaa’s account of a brutal childhood that he said shaped him. She read about how he initially denied mistreating her child.

She read about how he had served just six months of a six-year sentence before being allowed out on day release to work at a tourism business.

“Reading his statement in the paper was shocking for me,” Joan says. “It’s like all about him, how he feels. It’s not once in there how I feel.”

* Editorial: Honouring the voice of the child

*‘Forgiveness cannot be given too freely’

* Concerns at work release for prisoner

* Never a chance to say goodbye

Joan describes her son, Scorpfield Robert Exham Wichman Anthony, as a person who cared about people.

He was big-hearted. He stood up to bullies in the park. He called his mum beautiful anytime a family member spoke negatively about her.

When Joan was sick, her son cooked scrambled eggs for her and massaged her with Vicks. Always he offered her his last lolly, or at least offered to “go halves”.

Often she had to remind him it wasn’t his job to protect her; it was hers to protect him.

He was a regular, happy kid, who loved sports, school, his mates, and spending school holidays on Rarotonga with his step-grandparents and cousins.

Scorpfield moved with his mother to New Zealand in July of 2013, when he was five.

Theirs was a classic immigration story; Joan wanted to give her son opportunities she didn’t have growing up on Rarotonga. She suspected he was clever. She wanted him to love learning.

He excelled academically; by the age of six he was using big words like “construction” and “independent” and by eight he knew how to use an eftpos card.

Joan sent Scorpfield to Ngaa when he was nine. In December 2017, she gave her son and his passport to Ngaa’s wife, who had flown to Auckland to escort him back to the Cook Islands.

From that day, she called her boy every weekend. In March, Ngaa’s mobile phone broke, so she began calling the landline, sometimes shelling out $100 for a single conversation.

With the clarity of hindsight, she says she intuited during those phone calls that something was amiss. Whenever she sent Scorpfield to Rarotonga for holidays to stay with her stepdad, the boy was too busy to even speak to her on the phone.

The calls felt different this time. She wondered whether there were things he was hiding from her.

Joan says she spoke to Ngaa about parenting.

“He said he wanted to make my boy a man and I told him he’s too young to be a man,” she says.

“I told him please, don’t hit him or discipline him that way. All you have to do is talk to him. If you talk to him, he will listen. If you growl him for no reason, that’s not going to work.”

A week later, an aunty called Joan to let her know Scorpfield had died.

Today, more than a year later, Joan still doesn’t know what happened. She resents that Ngaa never had a conversation with her about that day.

“I will never forgive him,” she says.

For Joan, the trauma of losing her only child was transformative.

The trauma re-opened when she arrived on Rarotonga and wasn’t allowed to see her son’s body.

She couldn’t see him for 10 days while police investigated the cause of death. She couldn’t dress him for his funeral.

She has since been suspended from her job managing traffic on construction sites, admitting that she’s been “playing up because it’s messing with my head that this man is walking around, free”.

She thinks constantly about Scorpfield, who remains her only child after 11 years of trying to get pregnant. Sometimes she thinks about moving back to Rarotonga, but then she remembers how visceral and painful it was to be here.

Sometimes she thinks it would be nice to jump off a building, but that’s never the answer.

Joan can’t have the only thing she wants. But in his absence, she wants her father to remain in prison, at least for his full sentence. When Ngaa sent her a Facebook message asking for forgiveness, she was unmoved.

“I just want him to serve his time inside,” she says.

She wants him to feel some measure of the pain she feels, but she also wants protection for the men in her family; she worries they’ll do things to her father upon his release that could get them in trouble.

But more than all that, she wants to tell other parents to appreciate their kids.

“Just cherish them,” she says, with a shaky voice. “They are the future.”

She will continue to visit hers each year.

“That’s what my life has become,” she says. “Going on holiday to visit a grave.”

If you need support for yourself or someone you know, you can contact:
* mental health support organisation Te Kainga O Pa Taunga on 20162, or 50633 in emergencies.
* counselling centre Punanga Tauturu Inc on 21133, or 55973 in emergencies