‘I just heard a bang’ 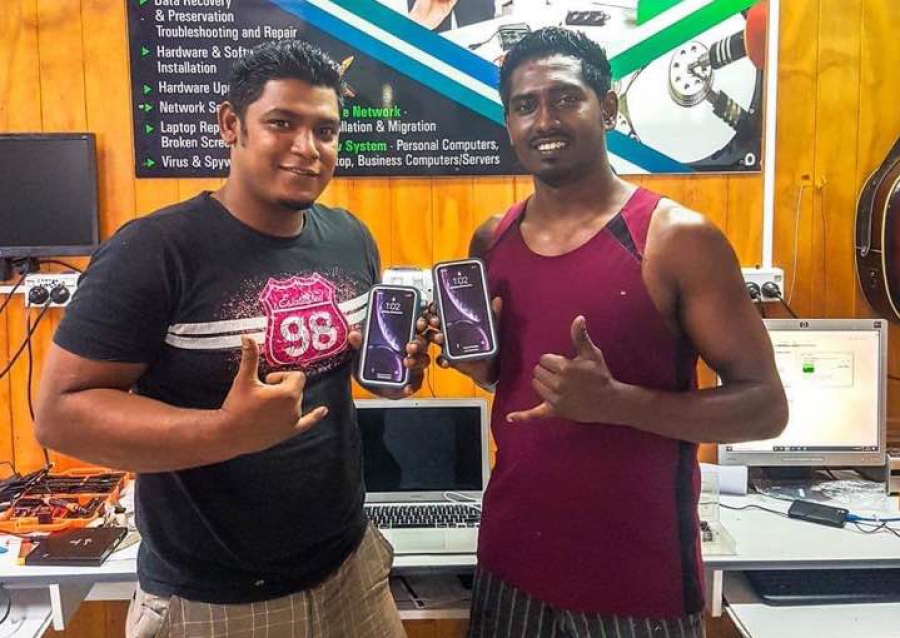 Samuel Shaheem was one of the first on the scene, when 19-year-old Tetuanui Koteka died in an early morning bike crash just before Christmas.

Then this week, he was the sole survivor of the head-on bike smash that killed his friend Amit Kumar and young Mona Ioane.

Samuel’s story would be an extraordinary one, anywhere else in the world. In Cook Islands, it is all too painfully real.

Tetuanui Koteka and her friend were on their home from a nightclub, when their bike failed to negotiate the bend near Avatiu meeting house. The two 19-year-old girls hit a hedge and were thrown from the bike.

Koteka – better known as “baby Nui” – passed away due to the injuries she sustained in the crash. Her friend was taken to hospital in critical condition.

Yesterday, Nui’s grieving dad called on Cook Islands’ young people to look after themselves and listen to their parents.

Nui always had a sober driver when she was out drinking or she would call a taxi, he says – but on that night, the girls got on their bike. Tekii Koteka still can’t believe it.

He says there is only so much that can be done to save people from themselves. As a father, it is important for youths to know that there is only one life.

Koteka was in New Zealand that week of the accident, far away from Rarotonga.

Before leaving, Nui gave him some cash to give to her cousin who was to purchase some clothes for her. “She told, me mum will drop you on Sunday – but I will pick you on Wednesday.

“I reminded her to do her chores and listen to mum. She told me yes, dad, don’t worry.”

When his wife called to tell him the news, he could not believe he had lost his little girl. That she would not be there to meet him at the airport.

There was one person, though, who was right there when it happened.

His name was Samuel Shaheem.

* ‘They saw me lying on the roadside, half-dead’

Samuel Shaheem, 26, has lived in Rarotonga for 12 years. But December 17 was the first time he witnessed a terrifying accident like that.

It would not be the last.

This week, early on Sunday morning, Samuel was the passenger on his friend’s bike, when they were involved in a tragic head-on collision. He lost his best friend Amit Kumar, 28. And the Cook Islands lost a well-loved and well-known son, 14-year-old Mona Ioane Jr. Both drivers had been drinking. Nobody was wearing helmets.

Kumar had been his closest friend for the three years they had known each other, Samuel said yesterday. They worked together, cooked together, hung out together, spent most of their time together.

His friend was very close to his mother and brothers back in Fiji – he would spend lots of time on the phone, talking to them.

Kumar was not a very outgoing person but if they did go out to bars and clubs, the 28-year-old would be the one looking out for his friends.

Last Saturday night, Samuel had had a few drinks at another friend’s place, and was back home when Kumar had called him to go over. He was frustrated about something.

“I came home around 10.48pm and got a phone call from Amit. He called me he was upset about something so I went to see him.

“He was drinking. I asked him, what’s the problem? He was upset. I don’t know what was the matter. I said, if he didn’t want to talk about it that day, I would call him the next day.”

Samuel said he had decided to leave for home when Kumar suggested he follow him on his bike.

“I told him to be the passenger, I will drive we go to my place and he can sleep. That is what he does, he sleeps at my place if we drink.”

But Kumar insisted on driving him. “When we left he wanted to drive and so when we left, he drove,” Samuel recalls.

They set off for Avatiu. “He is bigger built then me, so when we were going on the bike, I could not see in the front.

“When we came to Tupapa, I just heard a bang.”

Samuel is still in shock. All he remembers was being on the bike with Kumar – then that bang.

“All I recall is waking up on the ground, I heard the ambulance and there was this lady who put me on the recovery position.

It was the nurse Hiawatha Tauia, who lived in the closest house. He is thankful to her for saving his life. “It is something for all of us to learn from.”

“I went to the hospital, I asked where is my friend. They did not want to tell me anything.”

“I assumed Amit was in critical condition in another ward, but in the morning, they said he was no more. I was in shock.”

Samuel said Kumar was a caring and good-hearted person and he would always tell him, that he would be beside him always.

“I would like to encourage the young kids out there to be safe on our roads. I have been here for 12 years and have seen the number of accidents on our roads. If you want to drink, do it at home. Especially parents, look after their children.”

“I have heaps of friends here, I want them to be safe.”

Samuel recalled when he woke up in hospital that morning. He looked at himself and just saw scratches on his knees, he had no major injuries.

He is fortunate to spend his life knowing he survived, he says, with his four-year-old daughter and wife.

“I woke up that day, I knew this is a changing point for me, it opened my eyes.”

Samuel read in the newspaper of the Prime Minister’s plans to make the roads safer. He fully supports a law to make helmets mandatory, and to reduce the alcohol limit to 250mcg.

“It is a good initiative,” he says. “I also think police should also be aware of young drivers, they should be out on the road more often.”

Samuel has sent out his condolences to Mona Ioane Jr’s family. “I lost a friend and brother. I did not know Mona but I am sorry for the family’s loss.”

When he returned yesterday to Cook Islands Steel, where he and Amit worked, he saw Amit’s bike. He was just shocked to see the amount damage done to it.

“I was thinking, how did I survive this?

“You know, most of the accidents, there are no survivors, or passengers die.

“But I am so fortunate I survived.”

* ‘Just pray for your children’

* ‘I wish the tides will bring me home’