A century of hard work, family and ‘home brew’ 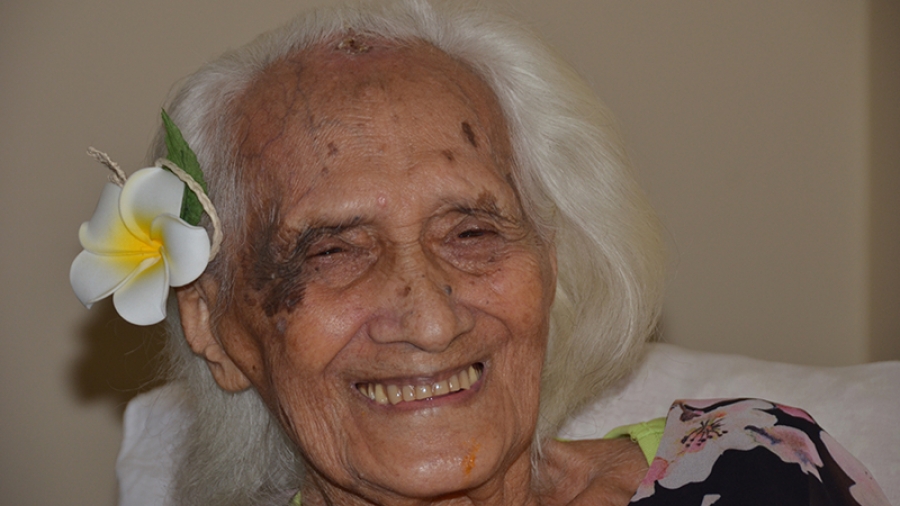 Mama Mare Paruru turned 100 last week and Melina Etches sat down with her and one of her daughters to find out some of the secrets of a life well lived.

In the early 70s, Mama Mare Paruru who turned the grand old age of 100 last week used to make home brew to earn a living to help feed her family.

One of her daughters, 60-year-old Mii Patia fondly remembers the days when her mother took part in the forbidden activity of making and selling home brew to put food on the table.

When Patia was about 12 years old, “my mother started her own business ma’ani (making) home brew,” she laughed.

Back then men were usually known to mix and sell brewed beer and took up the risky trade, not women.

“One of her uncles felt for her and all of us kids and so taught her how to make it, says Patia.

The police would visit homes usually on a Friday night to check if anyone was making home brew.

“But we knew a good man who would warn us when the police were coming - on those nights we would sit around quietly,” Patia says.

“As soon as the police would leave my mum would start cooking the home brew using packets of hops, cooking the mix, adding water, marota (malt), sugar and stirring and pouring into tins…”

Then the home brew would be ready during the week, Patia is unsure but believes at the time each bottle would sell for 20 cents.

Raised in Parekura, Takuvaine she was brought up by Aitu Mama Mambo, because her mother had passed away at the age of 45.

All of her 14 children were born on Rarotonga.

Every weekend the family would stay up in the hills in Tupapa to plant. Her husband grew vegetables like cabbages, tomatoes and spinach to eat and if there was more at harvest time, it would be shared out to other families.

“But when it was the taro, my father would sell it,” says Patia.

“And when the Moana Roa ship would arrive he would work on the boat to unload cargo.

From these wages he would buy sugar, flour etc.”

Patia attended Avarua School, her and her siblings would pick oranges and guavas for lunch when they were in season.

“Sometimes if we got home very late and it was nearly dark, my mother would be standing by the door with a stick,” she recalls.

“If we swam after school and didn’t get home until very late, ooh we would miss out on tea and go to bed kare e kai tea (no dinner). But we still kept doing it… it was too much fun.”

Raking the rubbish or leaves in the yard in the morning every day before school was a normal chore.

“If someone didn’t help, well no breakfast, you go to school hungry,” Patia says.

Patia lives with her mother in Ngatangiia to take care of her.

She encourages her mother to walk slowly around in the house every day to use her muscles and to keep her moving, saying “she looks very light, but she is heavy.”

“Mum is good at eating and sits at the table, her eyes are good but her hearing not so much.”

Her children visit their mother regularly.

The secret to Mama Paruru’s longevity, her daughter says is a life of hard work.

“She never liked going out much, she stayed home most of the time looking after us kids,” says her daughter.

“After everything she has done for us I feel it is my duty to make sure she is well-looked after.”