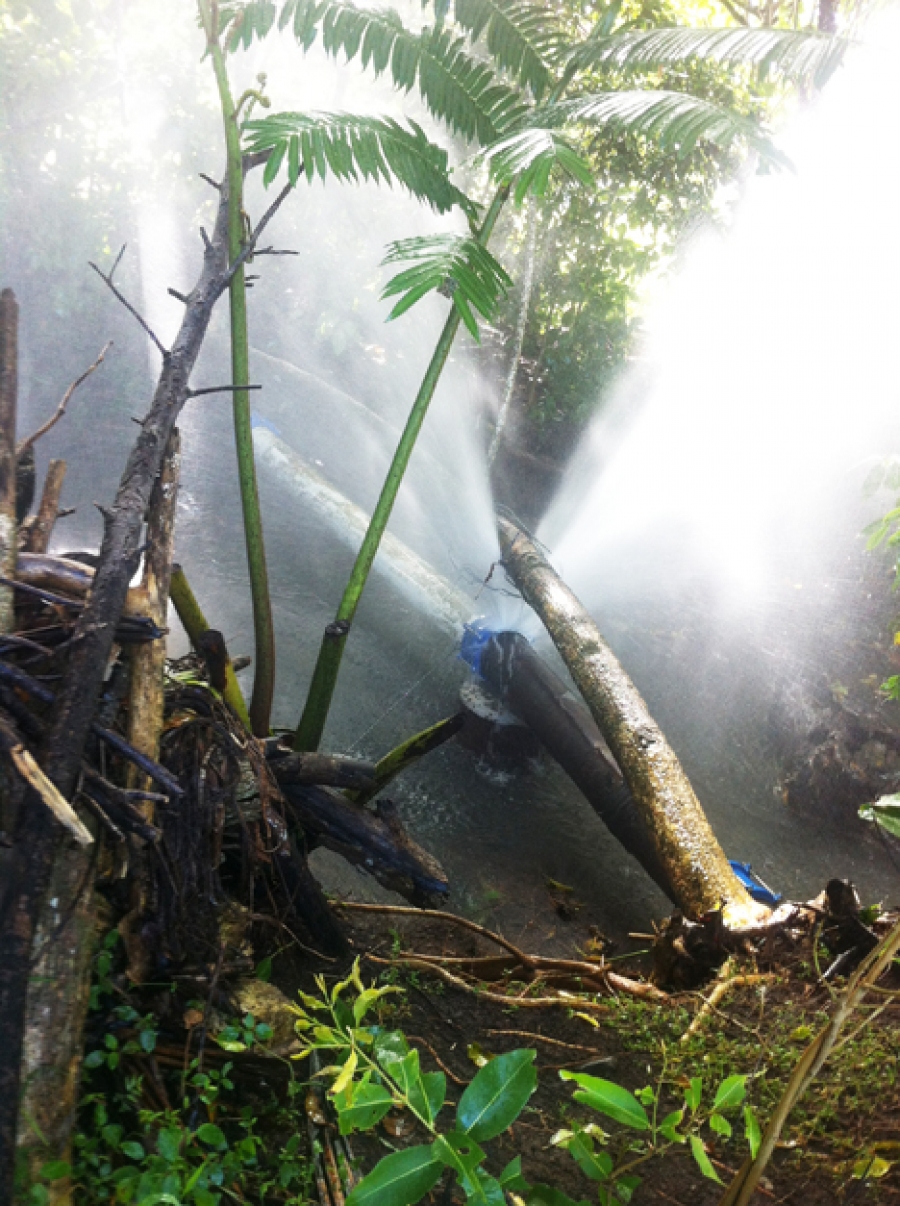 Water Works maintenance personnel have been hard at work since the weekend, repairing problems at water intakes around the island.

On Saturday morning as Rarotonga was hit by a deluge of rain, intakes in the Puaikura area suffered problems, affecting water supply to the entire district.

Yesterday staff were busy reconnecting the trunk line from the Papua waterfall intake to the point where it crosses the Ngatoe stream at the Sheraton, said Water Works acting manager Wilson Rani.

Puaikura residents would continue to experience low water pressure and in some areas there would be no supply.

“Our people are working after hours to ensure the problems are mitigated in a timely manner and the water mains are back on as soon as we can.

“Infrastructure Cook Islands would like to apologise to the public in the areas affected for any convenience this may have caused.”

Rani said Water Works employees were doing their best to attend to the issues.

“We are collecting data of stream flow and rainfall intensity to see how much rain and flow we had in the stream during the last rain we had and will update the figures when we get the data completed.”

Elsewhere on the island, water blockage problems at intakes on the northern side of the island had seen water pressure at Avatiu and Takuvaine drop by 30 per cent, he said.

Filtration media beds on the intakes had been blocked with debris and sand and a machine had been put in place to clear and backflush them.

“The job will take two days for both intakes. We started at Takuvaine yesterday and will move to Avatiu tomorrow. However the water main will not be turned off because the 1.2 million litre tanks will maintain the supply while the intake is cleaned up.”

The machine would then be sent to Turanga and Taipara to go through the same process at intakes there, he said.

Meanwhile, on the eastern side of the island, the Tupapa, Matavera, Turangi and Avana intakes were back to normal, running at 70 per cent of water capacity in the network.