Solar eclipse a ‘joy’ to see 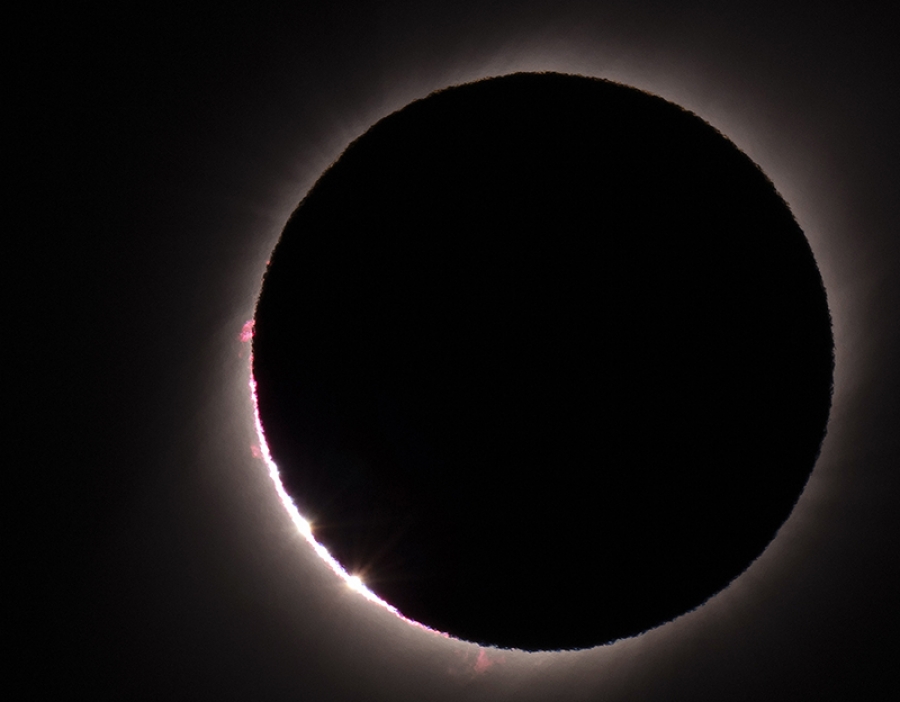 The Baily's beads effect seen during the total solar eclipse from Chile. Rarotonga had a perfect view of the partial eclipse. STAN HONDA / AFP. 19070229

Rarotonga had a perfect view of the partial solar eclipse yesterday.

A blanket of clouds parted as a blinding white light spread across the eastern side of the island, as the eclipse reached its maximum visibility for a spectacular display.

Some keen locals and visitors made their way to the coastline to take in the rare sight.

Eclipse watcher Tiziana Margarito said “I am so happy I have been so lucky to see the solar eclipse this morning.

“I drove along the east coast of Rarotonga almost losing hope, since the sky was very cloudy.”

She said at 7.45am she decided to stop at Muri beach and wait for cloud covering the sun to pass by, and in less than a minute her patience paid off.

“With joy I was able to see a partial eclipse,” she said.

Read more: Editorial: Nature scorns those who would tame it

However, not everyone was able to get a clear or partial view of the total solar eclipse of 2019.

Paul Gauguin cruise liner passengers including astronomers, scientists, journalists, and astro-tourists hoping to find clear skies and calm sea conditions on their eclipse voyage were not so lucky from their vantage point in the Pitcairn Islands.

Just as the eclipse reached its peak directly over the luxury liner, its passengers, who paid $14,500 each for a berth, were blindsided by a mass of clouds.

Astronomer Richard Fienberg who was on board the Paul Gauguin said they were able to see some of the partial phases of the eclipse, but then clouds closed in and caused them to miss seeing the solar corona - the outermost part of the Sun’s atmosphere visible during a total solar eclipse.

“It got very dark, and we couldn’t see the Sun anymore. By the time of totality, there was almost no blue sky left anywhere. We were completely socked in.”

He said passengers knew that even in bad weather, they would still feel the temperature drop, the sky would get very dark, and they would spend a few precious minutes inside the moon’s dark shadow.

Traditional navigator Tua Pittman said the eclipse was a phenomenon that happened on a varied schedule and was not very beneficial for Polynesian navigation but was more significant spiritually to the ta’unga (traditional healers).