Pacific ‘must stand together’ in times of trouble 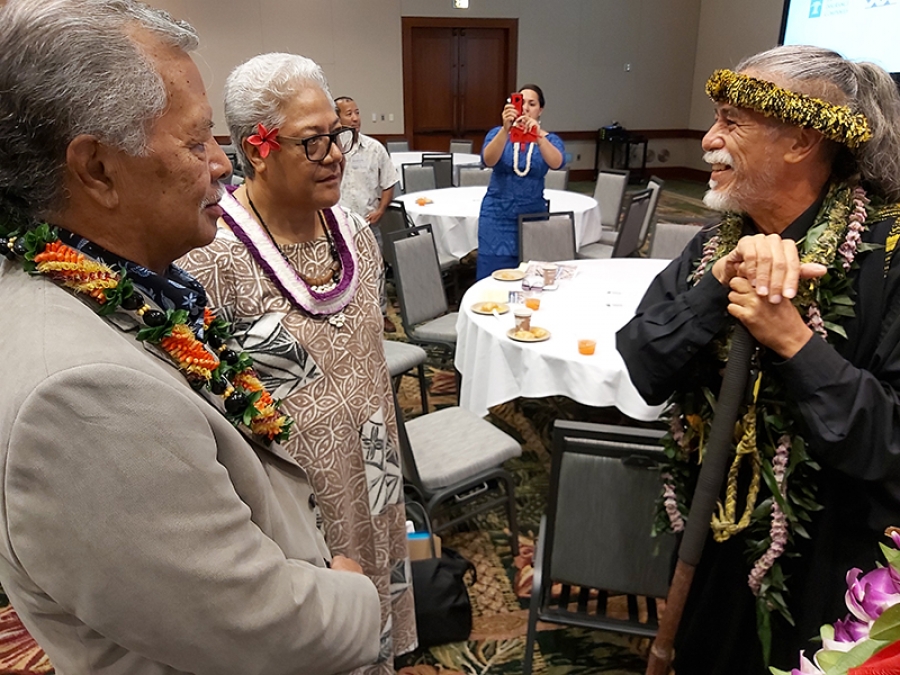 Prime Minister remembers how ‘catastrophic’ Cyclone Martin hurt his island’s people, and what lessons we can take today.

The Covid-19 pandemic is impacting international conferences and events all over the world with cancellations and postponements being announced daily.

But one gathering that has gone ahead – minus a number of delegations due to the virus – is an important meeting of Pacific leaders who know all too well about natural and human-made disasters and the impacts they can have on small island nations.

The Prime Minister said as an Ohana Pacifica (Pacific family) of nations who share a vast space on the globe, in such times of uncertainty it is even more important to stand together.

“After all, the vulnerabilities of small island states are being redefined in ways that are presenting challenges to our health and economic security right now,” he said.

“We must assume there is no limit to the range of impacts upon our small populations.”

The PM delivered his address yesterday in Honolulu, to a large contingent of members and participants, from the United States and around the Pacific region, as well as Indonesia and the Caribbean.

Puna said unfortunately, in the Pacific, there was a shared history and experience of disaster, which continued to be re-lived.

It is tested by the marching tide of climate change and the seasonal threat of extreme weather patterns, less predictable undersea quakes and tsunamis, the vulnerability of food supply and of course, the incredible reach of pandemic illnesses.

He spoke of Cyclone Martin in 1997, where his own island home of Manihiki was severely impacted, and Cyclone Pat in 2010, which destroyed much of the housing on Aitutaki.

“Cyclone Martin changed our lifestyle mindsets and sensitised us to adversity, for good,” he said.

“The sheer impact of losing 19 lives overnight in our worst disaster was catastrophic for an atoll that had been so full of life, comforted by a high level of national economic security and wealth, from black pearl farming.”

He said despite Manihiki’s progress since then, the setbacks for the island were broadly felt – particularly in terms of its diminished population. “Fewer numbers and a narrowed industry have forced the two village communities to consolidate and be more resilient.”

Information and transparency, Puna said, were important elements in national plans of being better prepared and reducing the risks and exposure to adversity.

“These are principles that must underpin our cooperative efforts at the grass-roots level of island communities,” he said.

“In the Cook Islands, much of this approach has enabled an institutional strengthening of our national framework over the past 10 years, following legislation for Disaster Risk Management in 2007.”