Basketballers keep a bounce in their step 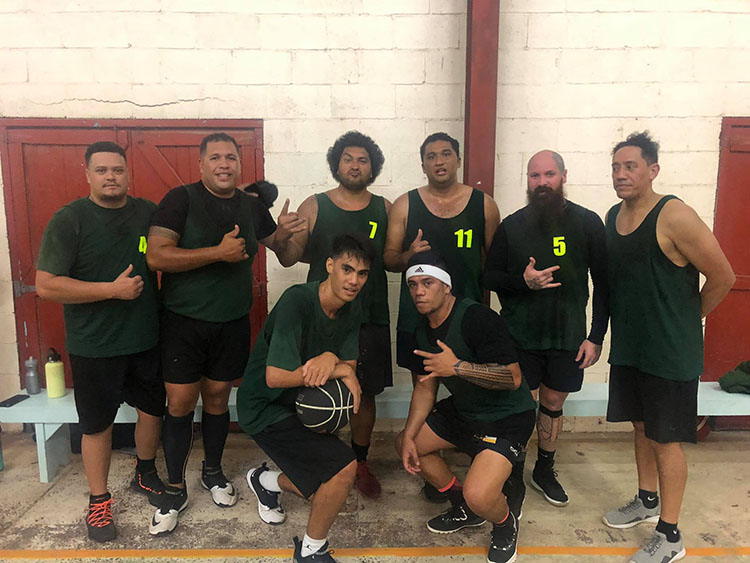 The North open men’s team were able to break the winning streak of the South men’s team on Wednesday last week. 21091324

More talent has been seen during week five of the Avaiki Basketball Tournament. It was jam packed on Wednesday last week with many exciting games played on the court.

The unbeaten South men’s premier team who had an unbeaten winning streak of 12 (including eight wins last season, and four non-stop wins this season) were finally beaten by the North men’s team in round five a week ago. The North won the match 33-22.

In the feature match of the night between the U16 East and West boys, budding basketball player Bambridge Valoa did very well in carrying his team and scoring well.

“It could have been anyone’s game, but ultimately the East did come away winning with a score of 29-27,” said John Engu, president of the basketball committee.

Another major match of the night was the open women’s North versus South game which ended in a draw.

Engu said with this game he felt there were missed opportunities on both sides that might have broken the tie “but it was still a very good, tight game”.

“The bottom line is that it is these young 16 and 17 year olds who are pulling through and carrying their teams, showing their talent more and more each week.”

A few changes in management have allowed for further improvement and clarity within the games.

These changes have included the addition of two referees to observe each game from the bench.

This modification to the matches came as a result of a few unclear decisions and disagreements from the crowd and committee due to basketball’s quick pace and only having two referees to make important calls.

George Taikakara from the basketball committee has been organising weekly Sunday meetings for all referees, bench control and coaches to streamline, discuss and confirm decisions that have been sitting at a 50/50 scale.

“George is doing a good job and this improves the overall running of basketball,” Engu said.

He said Taikakara had been setting the standard for the referees.

“This is good because once the standard for the refs is set and lifted then the players will improve also. We are getting great direction here.”