Runners gear up for Nutters and Rock Relay races 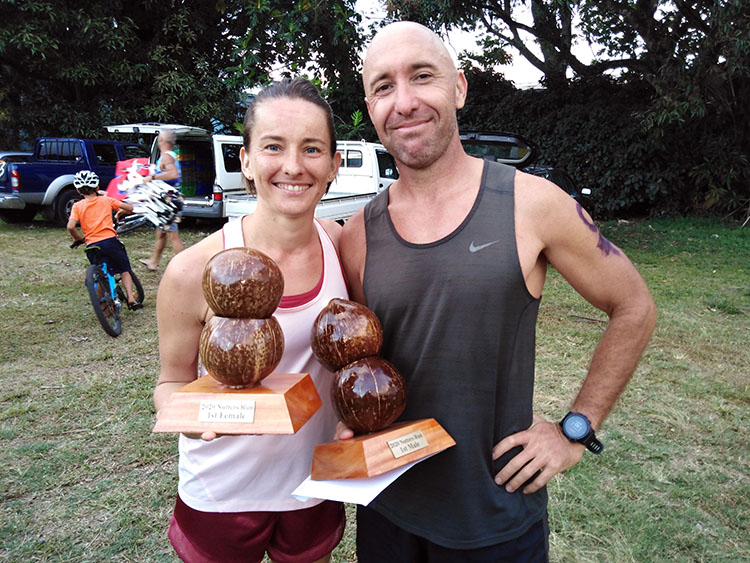 The last two events of this year’s Round Rarotonga Running Festival starts this afternoon with the Nutters Run.

The iconic challenge, with CITC Supermarkets as the event sponsor again in 2022. The race as usual starts in Vaimaanga takes runners across the island and finishing next to the Pandanus petrol station in Avatiu.

Registration opens at the finish line at 1.30pm before the courtesy bus departs at 2.30pm and the challenge begins at 3pm.

The famous Nutters Run has been a regular on the calendar since 1989 and the record of 45 minutes 28 seconds set by Greg Gustafson in 1992 still stands today. The only female winner of the event was back in 1991 by Annie Robinson from New Zealand.

On Wednesday runners will take part in the Round the Rock Relay to bring the festival to a close with Toa Petroleum again as the event sponsor.

After previously being based outside Edgewater Resort it is back again in Muri being hosted by the Ngatangiia/Matavera sports field.

Registration begins at 2.30pm before the race briefing starts at 3.30pm and the first relay runner kicks off at 4pm.

There are several sections on the race where a designated runner must complete the entire portion themselves. Teams will need to be strategic for which runners they will choose.

After the event there will be once again a sausage sizzle for all competitors to enjoy.

The event managers and Athletics Cook Islands wish to thank the sponsors who are generously donating to help both the Nutters and Rock Relay get underway. They include Captain Tamas, VIP Hair and Beauty Salon, DMCK, Raro Tours, Prime Foods, Turoa Bakery, Pacific Resort and Tamarind House.