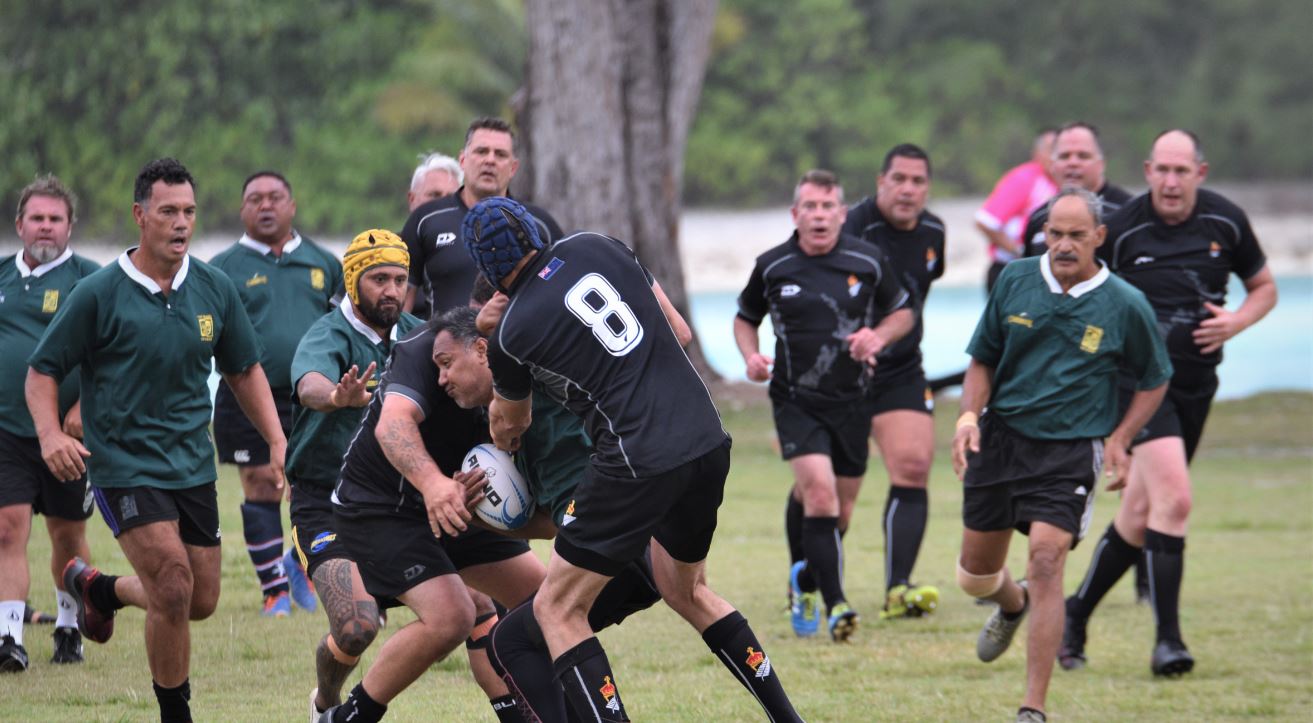 Prime Minister Mark Brown and New Zealand high commissioner to the Cook Islands, Tui Dewes were among spectators who witnessed the friendly clash.

Leader of the New Zealand First XV, Mike Woodhouse, the National Member of Parliament, earlier said: “We have been doing this for 27 years now and taking the team across all corners of New Zealand and into the Pacific.”

The team raised “probably close to one million” for charities around New Zealand and in the Pacific. At their last event they raised $60,000.

“So there is a fellowship approach and also an outreach approach,” said Woodhouse.